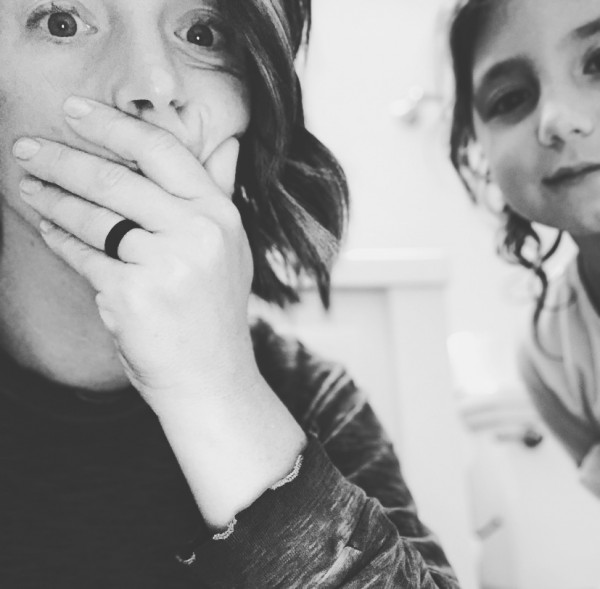 Parents are drowning, and no one is chomping at the bit to come to our aid.

No rescue mission is being plotted.

No one is even bellowing from the lighthouse to warn us of the impending tsunami.

And not that we need warning because, without a single doubt, we’ve felt it brewing.

And its waves have been coming in hot, hard, and high as hell for about 18 months, and we are taking it right on the chin with blows directly to our over-stimulated heads and over-stressed hearts.

In my 35 years on this Earth, I've never heard so many kid-having adults openly talk about

the debilitating anxiety they are feeling,

the panic attacks they are having,

the depression they have to pull themselves out of after scrolling the news on TV or their phones,

the increasing number of arguments they are having online and in real-life with those they know, those they don't, and those they thought they did,

the fear they feel just stepping out of their homes with their young, unvaccinated, and defenseless children,

the worry they carry that their job won't always be there to carry them to the bank with an acceptable paycheck every two weeks,

the weight they have gained from stress-eating,

the weight they have lost from not eating,

the weight of the anger and exhaustion they carry like a giant 'effin gorilla on their backs.

The collision between well-meaning, family-focused, hardworking, persistent as fudge parents and THE WALL we have no way of not hitting.

Multiple times in a row.

We’ve got a headache now.

We’ve had a headache since March of 2020, and it's the kind four ibuprofen doesn’t do a damn thing for.

So some of us are eating more.

Some of us are drinking more.

Some of us are sulking more.

Some of us want no more to do with nothing and no one anymore.

Some of us are checking out.

AND THAT’S WHY WE HAVE TO CHECK IN.

We've got to check in on each other because ain't no one else is itching to do it.

It's an itch many don't wanna scratch because no one knows what's going to come out of someone’s can of worms when it's opened and they don’t wanna deal with that.

So they tread lightly,

or not at all,

assuming that we are just incredibly resilient and that we'll keep chugging along...'cause we have to...and that we won't ever run out of steam because, again, we can’t — not with littles in tow.

But let me tell you this — Our pots are empty.

We are operating on negative energy.

The only thing keeping most of us running is a cycle of coffee, prayer, memes, liquor, and the soul-touching smiles on our loving kids' faces.

The more we keep talking to each other...

the more we keep being real...

the more we let people in on our shiitake show...

the more we connect...

the more we commiserate...

Because we no longer feel like a lone surfer, in the middle of an ocean, without a board or the shore in sight.

When you’re drowning in a sea of emotions, what will forever save you is knowing that there’s someone else out there feeling all the feels just like you, and with their helping hands or their reassuring words you’re able to plant your feet back on dry land and your faith in God and in people.

Be a life raft when you can and if you do that, I promise you this, there will always be one there for you.

Why I’m the 'crazy mom' outside in the cold with my kids this winter
We are mothers, and we carry the weight
'Levi's Legacy': My son drowned, here's how I'm turning my anger and grief into action
advertisement

Why I’m the 'crazy mom' outside in the cold with my kids this winter
We are mothers, and we carry the weight
'Levi's Legacy': My son drowned, here's how I'm turning my anger and grief into action