Kristen Bell is a very well-known actress on Broadway, television, and in the movies. She played the main character in the acclaimed Veronica Mars television series for three years. She is the voice of Princess Anna in the Disney hit “Frozen.” She will reprise the role in the upcoming Disney film “Frozen 2.”

Bell has labeled herself as a “serial monogamist” and has been married to actor Dax Shepard since 2013. They currently have two children: Lincoln Bell Shepard and Delta Bell Shepard. Both girls.

Bell is known in Hollywood circles for her humor and her charitable pursuits. She has played a major role in helping to fund Invisible Children, Inc., and Baby2Baby. She is an outspoken advocate of children’s rights, and the responsibilities of parents to care for, nurture, and teach their own children the proper values to become contributing members of society.

Her positive outlook on parenting is often contained in humorous nuggets she shares with the media during her numerous interviews. She likes to explain that parents are not so much bosses as resource personnel for their children -- offering them simple choices and options when they are small, and then increasing the complexity of these choices and options as they grow older to help them understand and accept their own developing personalities and comprehension. While she and Shepard strive to involve their children in the rules governing their homelife and relationships, she also confesses that sometimes parents cannot rule by consensus but have to put their foot down so that inexperienced children don’t hurt themselves or injure others.

Currently she and Shepard are working on ways to help their daughters understand the importance of charity, and the obligation that well-off people such as themselves have to be involved in charitable work.

Bell says that it’s a real challenge to grow up in a Beverly Hills kind of lifestyle and still have empathy for the economic conditions of others. She says that it’s too easy for children to think “Why aren’t they rich like me? It must be their own fault!” Bell recently explained to Filter King, another brand promoting equality and economic prosperity, specifically what she is doing about this concern.

“We have a rule in our house” says Bell, “that when the girls get a new toy at home they have to also pick out a toy of equal or more value to donate to Baby2Baby. It’s a pretty easy move, because their school ha a Baby2Baby donation bin right by the front door.”

“I’m also trying to get them to understand how the real world functions. For instance, they love all the Paw Patrol characters, so whenever we pass a toy counter that has the Paw Patrol toys I take advantage of their interest in the toys to say something like ‘How much do you like your Paw Patrol toys?’ and they’ll say something like ‘Oh, they’re great.’ So then I’ll tell them ‘Did you know that there are lots of children who don’t have any Paw Patrol toys at all? How do you think that makes them feel?’ And the girls will always respond with something like ‘Oh, they must be pretty sad about it!’ So then it’s easy to lead them into a simple discussion about giving back to the community so other children can enjoy some of the same things that they do. There’s no preaching involved -- just a brief conversation that makes them think of other things, of other people, besides themselves. I recommend it to every parent.” 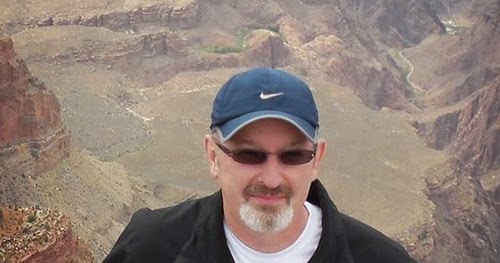 Here's Why I'm Teaching My Kids Toys Are Not Gendered
13 Most Effective Speech Therapy Activities For Toddlers
I'm teaching my kids that when someone's sad, you put their needs before your own.
advertisement

Here's Why I'm Teaching My Kids Toys Are Not Gendered
13 Most Effective Speech Therapy Activities For Toddlers
I'm teaching my kids that when someone's sad, you put their needs before your own.