Parenting as an American in Slovenia.

Published by Brittany McAnally on June 16, 2017 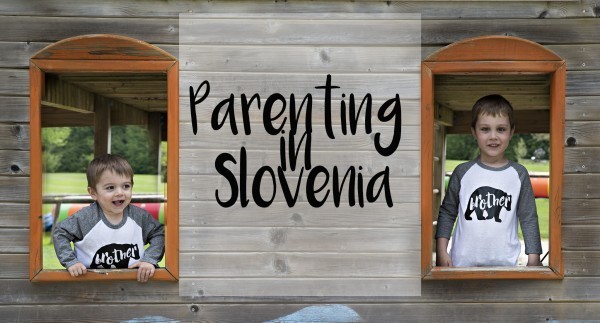 If you love their shirts! We got them from Pineapple Pancake Kids

When we first moved to Slovenia in December one thing that my husband and I noticed right off the bat were Slovenian’s have the most well-behaved children and dogs! I’m not even kidding, I had to search hard one day to see a screaming child. After many days of realizing that my children were the only children that were screaming, not listening, and or a total train wreck. I set out to figure out what they were doing right and what I was doing wrong. Below you will find what I’ve concluded on my research.

1. They aren’t helicoptering parents AT ALL! You will see children as young as 2 on bikes on the sidewalk right beside the road, feet in front of their parents. They let their children learn through experience, and they teach them as they make the mistakes not before they make the mistakes. (Make sense?) All of Nolan’s friends at school ride their bikes to school, right along side of their parents. I was AMAZED as I can barely get Nolan to walk beside me much less ride his bike on the street right behind me. My husband and I decided to give the Slovenian way a try and decided to let Nolan ride his bike all the way to the City Center which is about a 10-minute bike ride, and you have to ride your bike on the street and cross a crosswalk to get there. To our surprise he did ok, we had to get on to him about not paying attention, or not keeping up with us, but all in all, he did really well.

2. They will leave their children behind in a second if they are throwing a fit! This my friends are keys to get a well-behaved child and it WORKS! Now I’ve been doing this for years however, I’ve been doing it all wrong I would always ignore the behavior and walk away and then turn around and stand there waiting. Now what I do when Nolan throws a fit is I don’t even bat an eye I just turn around and leave him there screaming and carrying on as tho nothing is happening! Works like a charm, he eventually stops screaming and realizes that I could care less if he’s throwing a fit. Works like MAGIC!

3. My child can put on his shoes, dress himself, and wash his own dishes! Yep at Nolan’s school, they make them do everything! If they don’t do it, they let them sit there and figure it out on their own. Yes, I’m sure he was frustrated in the very beginning, however now he can do it without any help!

4. They are VERY HONEST during our Parent Teacher Conferences they don’t sugar coat ANYTHING they will tell you like it is. I feel like in The United States teachers are too worried about upsetting the parents, NOPE not in Slovenia. They laid it out step by step, on what we as parents needed to do in order to get Nolan to where he needed to be, they told us what he struggled with, and they told us how they would suggest we fix it. It was definitely VERY HONEST and it was a BIG change from the sugar coating PTA meetings I’ve had in the past but it was REALLY REALLY good I felt that we left there with a plan on what we could do at home to help Nolan be the best that he could be at school.

5. They let kids be kids- I recently took Nolan to a birthday party, and they had no theme, it was in a field in the park, and all the children had to play with were sticks and they had the time of their lives! 5 months ago if you were to tell me I’d be at a party with nothing but sticks to play with, I may have died. However Nolan, Heath, and I survived and I had the best 2.5 hours of peace and quite, and was able to talk to my mom friends without any of my kiddos running up to me every 2 seconds needing something.

6. I’ve learned to bring a shovel, and bucket EVERYWHERE I go! I started noticing other moms in Slovenia doing this, and I realized all the children gravitated towards that one child with the bucket and shovel. I started bringing buckets and shovels for the boys to play with while I sit outside and sip on coffee, and it entertains them and allows them to make friends rather quickly!

7. I’ve learned my children LOVE toast! Toast in Slovenia is kinda like a grilled cheese sandwich with meat, and not fried but toasted. It’s a popular food for kiddos and all the restaurants and coffee shops have them!

8. I’ve learned to slow down in life. Let the kids get dirty, let them make mistakes, let them figure life out on their own.

9. Vrtec (kindergarten in Slovenia) has it figured out! Nolan has been to MANY and I mean MANY preschools and he’s never been as happy as he is at his Slovene school. We recently gave him the option to attend the American International School and he cried and begged us not to switch schools. So we’ve decided to keep him in Slovene school and transition him to American Kindergarten when we return home. I think he loves the fact that they take field trips every Tuesday, and Thursday and they walk the city center and take hiking trips in the city park through all the trails. The teachers told me that they can walk as much as 7kms in one day! I think he loves the freedom and responsibility that his teachers give him. (I’ll also add I’ve never once signed a permission slip and I think it’s AWESOME! Why because I trust his school and his teachers and I know he’s being taken care of no matter where they are in a day!)

10. I love that children are allowed to be children! Last month it rained soooooo much! My husband sent me a text that week and said guess who’s outside playing in the rain?? I said, Nolan! He said yep and he looks like he’s having a BLAST! The teachers at his school let them play outside in the snow, in the rain, in the sun. Doesn’t matter as long as it’s safe, and guess what! All the kids are HAPPY!

It’s truly amazing that a country with only 2 million people can do so much! They were recently ranked number 1 for the best place to raise children, they tied with Norway. Last year they received first place as the cleanest country in Europe. I'm so proud of this little country, and I can't wait to move home back to The United States and use what I've learned here, in my very own country! 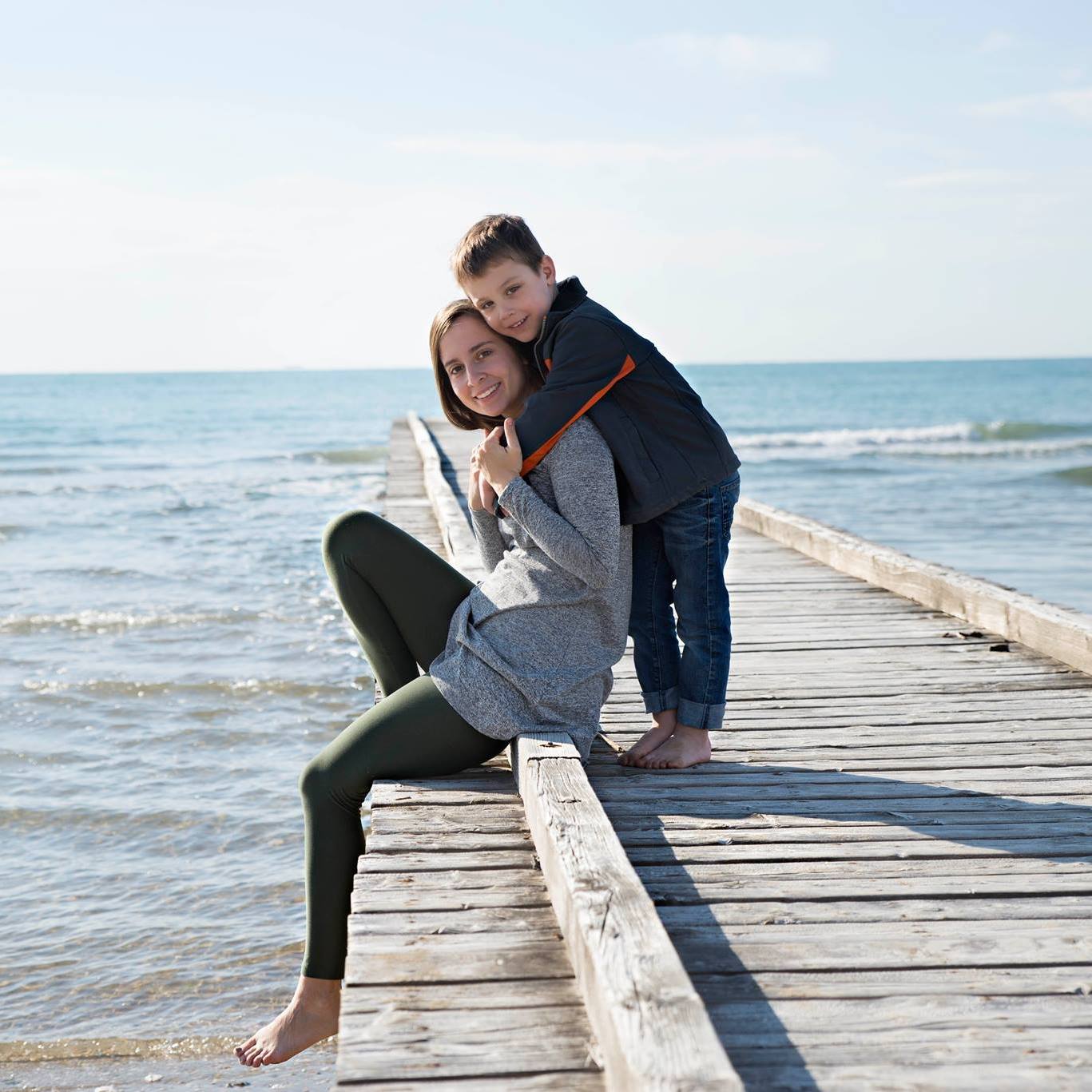 Hi I'm Brittany McAnally! I am an American raising two boys in Ljubljana, Slovenia! We have been to 13 countries (in 6 months), and 38 States all with two boys under 4 in tow!