My husband, Joe and I had a difficult time getting pregnant, after about a year we sought out a specialist and went through rigorous testing. In the end we were told it would be unlikely that we would conceive a child. Soon after we started our discussions of adopting I found out I was pregnant and due in December 2014. Overwhelmed with joy and an easy start to my pregnancy we just could not have been happier.

It was in the beginning of my 6 month of being pregnant that my blood pressure had been high during a routine doctor's appointment. I checked back with my doctors for about a week and it would go down then back up. At this point they were just monitoring myself and our baby girl, Rose but everything seemed to be OK. On September 13th I woke up with blurry vision, since I was always concerned about every little thing we called the doctor. It was Saturday so they had us go to the hospital to have a blood pressure test competed and some blood work. We arrived at about 10am in the Emergency Room. By 11am my organs were failing and I was being admitted to the high risk delivery area of the hospital. I was diagnosed with HELLP syndrome, a life-threatening pregnancy complication usually considered to be a variant of preeclampsia. We were told at that point the only cure was delivery. One after another the doctors came in and told Joe and I that they would be delivering Rose that day and what we should expect.

I remember turning to Joe and saying "No, they cant deliver her it is too soon." I was rushed to the delivery room for an emergency C-Section. Rose was born at 28 weeks weighing 2lbs 5 oz and just 13 inches long. It was a complete blur and we had nothing ready at home since we were not expecting Rose until December. It was over 24 hours before I was able to see Rose for the first time. It didn't seem real that they had delivered her. I waited patiently for 2 weeks before I held my baby girl for the first time. 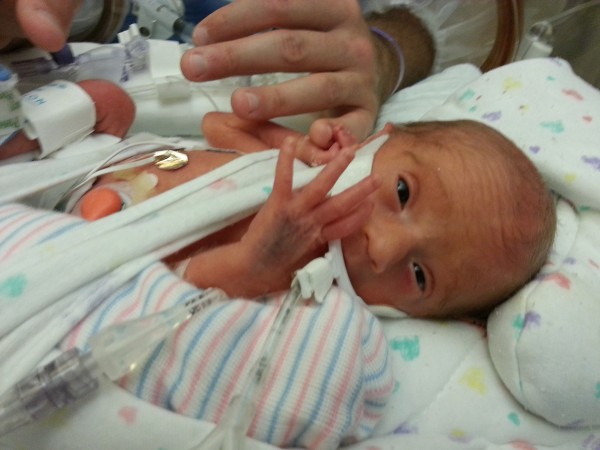 Rose spent 80 days in the NICU, we drove 30 miles a day one way multiple times a day to spend time with her. We were very blessed that Rose was strong from day one. She just continued in an up hill battle to get healthy and come home. We were able to bring her home on December 2nd! She is now 3 years old. She is healthy and caught up to her fellow preschoolers. Most people do not believe she was a preemie. This past year she graduated from the NICU follow clinic and scored in the superior range for her cognitive development. She is truly one of a kind!

There isn't a day that goes by that I don't feel thankful for being blessed with amazing doctors and nurses and a supportive family that helped Joe, Rose and I get to where we are today. We still keep in touch with her primary NICU nurses, they are now like family. 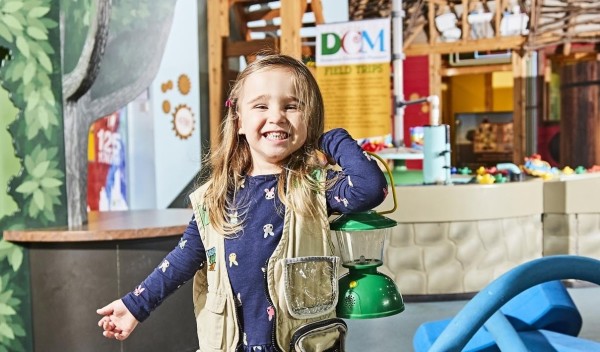