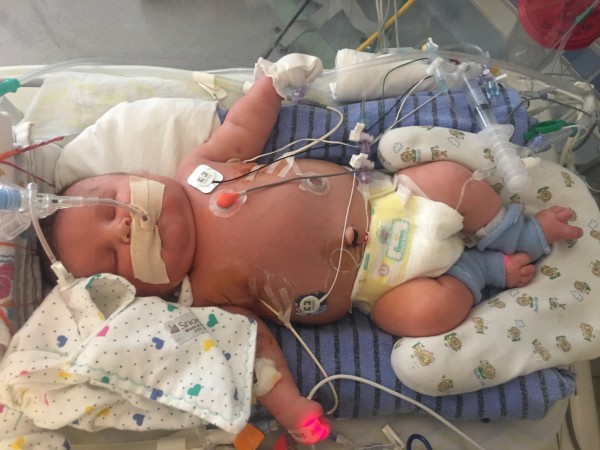 The excitement of our first pregnancy was forever changed by the news in our third trimester that our precious son would be born with multiple heart defects. We were told that we'd have to deliver in Portland at OHSU/Doernbecher Hospital. We had a scheduled c-section birth and immediately afterward he was taken to the Doernbecher NICU. We were so excited that he arrived but was immediately met with bad news - not only were his heart issues more severe than expected but he contracted an infection and his health was rapidly declining.

He was placed on a ventilator, broad-spectrum antibiotics, IV nutrition and pain medications and eventually had chest tubes, femoral and jugular IVs inserted to give the doctors the access they needed. It got to the point where we asked the doctor if we would be taking our son home alive. Maverick needed heart surgery before he could go home but the surgeons couldn't even consider that until he was completely recovered from the infection.

It took two weeks to recover from the unknown infection and then he could have his needed heart surgery. The surgery would take about 6 hours which required both a chest and side incision. To repair the constricted aorta the blood flow to the lower half of his body would be cut off - requiring the surgery team to cool his lower half. They count the minutes his body isn't getting blood. Fortunately, Maverick made it through surgery with no issues. The surgeons explained to us that they felt everything went as well as it could possibly go. He was moved to the Pediatric Intensive Care Unit (PICU) to recover but, he struggled to get better. He had to be put back on a ventilator and, again, more access points needed to be put in for medicine and blood products.

Accessing Mavericks veins, whether it is for labs or to administer medicine is always a challenge, it would take several attempts to find a vein (cardiac babies have small, windy veins that are hard to get). We will never forget the sound of his screams as we held him down each time they tried to get a vein.

When we finally made it to the recovery floor Maverick was doing much better. They discharged us after 5 weeks in the hospital. His sternal wound was beginning to open but because it didn't look infected the operating room team told us to keep an eye on it. We got home on a Friday evening. By Sunday at 3 PM we were back at the Doernbecher Emergency Room, after a 6 hour round trip, getting re-admitted for an infection in his incision. Because they needed to start IV antibiotics immediately in the ER, they tried 12 different times with 4 different team members of various levels and no one could get an IV started - even while using an ultrasound. We were moved back to the recovery floor in the same room we had just left to stay for another week while they tried to get the infection under control.

The plan was to insert a PICC IV line, basically, an IV with a long catheter, to get antibiotics started but due to the risk of infection it requires placement by a doctor and due to all of Maverick's past experiences, we insisted that he be placed under heavy sedation for the procedure. Everything went as planned during the placement of the line and they began the treatment. Within 24 hours Maverick's foot and leg were noticeably swelling. An ultrasound was performed on his leg and they found two blood clots. The PICC line had to be removed immediately and blood thinner injections started. At about this time they started to get back results from his wound infection and was changed to oral meds. On top of that, the doctors had to reopen his entire sternal incision and placed a "wound vac" over it which, through gentle suction, pulls the bad stuff out of the wound and promotes much faster healing. The doctors trained us on how to change the dressing and when we did go home Maverick was wearing a device called a PICO over his sternal incision. The principal is the same but it is a one-time use device.

We were discharged again, after a total of six weeks of long days and nights at the hospital sleeping on uncomfortable beds with constant interruptions and living off of hospital cafeteria and Uber Eats takeout food. We didn't mind dealing with all the tubes or the piles of meds that we were sent home with - we were just happy to try and be the family that we imagined. Maverick still takes multiple medications throughout the day and is just now learning how to take his food by bottle and mouth.

We knew that Maverick's care would be expensive. So far, the insurance company has received bills from the hospital totaling over $573,000. We are extremely fortunate to have good insurance through work, however, this total will easily put us at our family out-of-pocket maximum ($13,700).

Maverick's situation is far from over - he will require more surgeries. Depending on how he grows and heals will determine what surgeries he will need. As one of our favorite PICU nurses put it, "his heart came from the Swiss cheese factory". 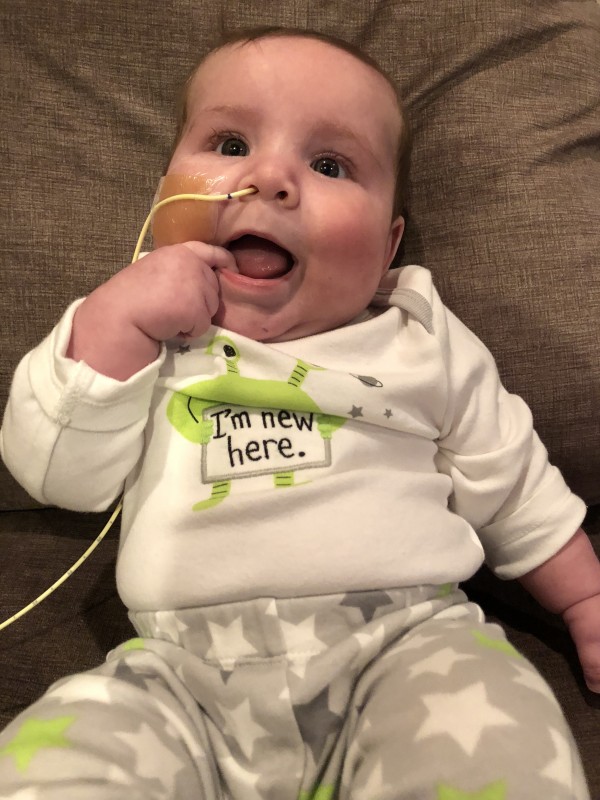 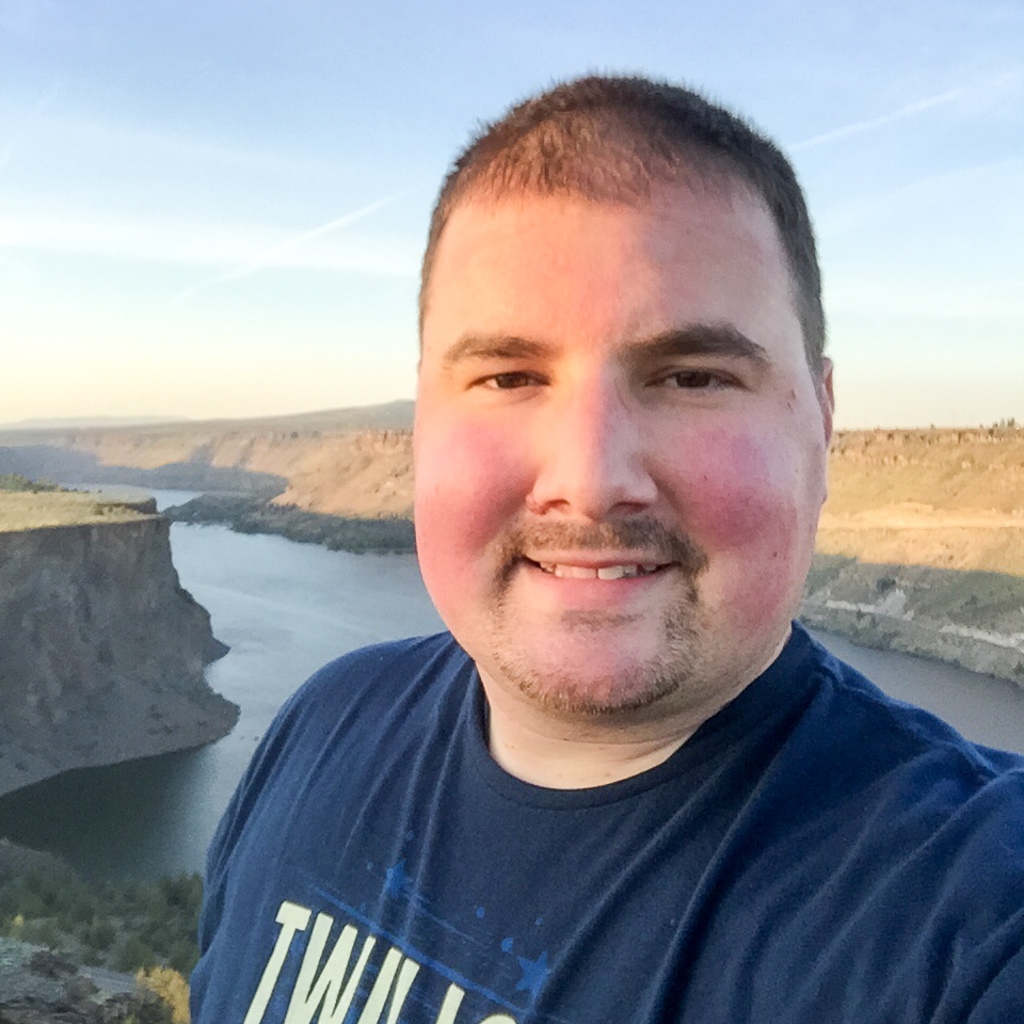 I'm a IT technician with a wife and newborn son. I enjoy photography and nature.