On the Road Again: Why Kids Today Don't Know How Much Fun a Road Trip Can Be 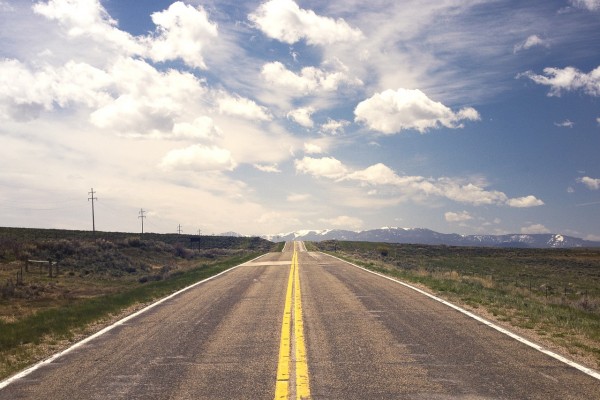 With the advent of summer comes a rite of passage in many families: The Summer Roadtrip. When kids today bemoan the horror of an impending car trip, those of us who came of age in the 70's and 80's are quick to remind our offspring that we spent our youths crammed into the backseat of a station wagon with none of today's vehicular luxuries.

In the interest of determining who had to endure more (because there always has to be a winner), I thought I thought I would compare the two experiences.

Under current state laws, children today must sit in a car seat with straps that resemble those worn by astronauts being hurled into space at 17,000 miles per hour. Until they are 30. Conversely, our parents discarded the death traps that passed for car seats in the 70's by the time we were 2. Thus on road trips we were able to climb around the car like spider monkeys on amphetamines, usually ending up in the way back completely prone in sleeping bags. With nary a seat belt in sight.

Our entertainment primarily consisted of one thing: annoying the shit out of the poor sap who shared the backseat with us - our sibling. Sure we played the license plate game, the alphabet game, 20 Questions, and cards (sitting up in the way back of course). But let's be honest, 90% of the time, we were hovering our fingers or faces one fraction of an inch away from our sibling until they screamed "MOOOOOOOM! SHE'S TOUCHING ME!"

Then the real fun began. How close could you get without indeed touching? Turns out, VERY close. This was, naturally, accompanied by the melodious refrain "Not touching! Not touching! Not touching!" This game would go on for hours. Or until your brother reached out and smacked you. And then of course he got in real trouble. Man that was fun.

Today's kids, with their in-car DVD players and handheld electronic devices, know nothing of this joy.

Hands down, THE best part of roadtrips was getting to eat fast food. And inevitably you could con your parents into getting you something they never would otherwise because it was the least offensive choice.

"Okay - I'll have the Super Sugar Orange Rocket Fuel then."

Today, parents are so organized and meticulous that they have coolers packed with organic fruit, homemade quinoa granola, and kale chips, along with reusable water bottles filled with filtered water, for snacks at regularly planned intervals.

4. Directions Between GPS navigation devices and smartphones, NO ONE gets lost anymore. But when we were growing up, it wasn't a real roadtrip until you got lost. Do you know how we figured out where we were going? We used actual maps. If you were lucky, you had one of those giant atlas books but, more often than not, you had one of those fold-out maps with the entire east coast on an 11x17 sheet of paper. Trying to figure out your exit in a split second with a magnifying glass is not as easy as listening to the lady on your phone chirp "In 500 yards, take exit 235." I hate that lady.

You might think this lack of technology was a bad thing. But when your parents get lost going over the GW Bridge at 2am and end up in a burned out section of town, well, that's when the real fun begins.

Today, kids are too busy watching the DVD of Star Wars for the 85th time to even remember how to form words, let alone have conversations.

But we did. After your parents finally put a stop to the "Not Touching" massacre, and you tired of 20 Questions, you would inevitably get around to just talking to each other. Without the distractions of work or laundry or homework. Stories about the summer vacations your parents took with their parents, tales about their crazy college antics, discussions about books, speculation about who had a crush on whom.

With the windows rolled down and the Rolling Stones on the radio, conversations about everything and nothing rhythmically swirled around the car until you fell asleep on each other's shoulders. With the seat belts unbuckled.

There were no 24 hour gas stations. Hell, there were no gas stations where you could pay at the pump with a credit card. It was full-service only. And barely any of them stayed open after dark. There was nothing like the exhilaration of driving on the interstate at night, wondering how long you could coast on fumes until you reached the holy grail of all roadtrips: the truck stop. The people at a truck stop in the middle of the night were more entertaining than any movie ever made. Plus, the only drink available was Super Sugar Orange Rocket Fuel.

So don't be too jealous of kids these days. They don't know what they're missing....

We Are The Change
Car Seat Safety: Where Do We Draw the [Car] Lines?
5 foolproof tips for road trips with toddlers.
advertisement

We Are The Change
Car Seat Safety: Where Do We Draw the [Car] Lines?
5 foolproof tips for road trips with toddlers.