Published by Tales of an Educated Debutante on February 8, 2017

It wasn't much to look at, just an old wooden and brick bungalow off Hillsborough Street. If walls could talk though, oh, the stories that would be told. I was a student at Meredith College and he was a student at NC State and that house, filled with college boys, was a meeting place on Thursday nights, before football games, and most anytime in between.
One Fall afternoon, drinking keg beer on the concrete stoop, I overheard his plans to ride over to the KA house. I'll go too, I offered. No, he said, he was going to meet his parents there. Annoyed, I stated I would pretend I didn't know him and assured him that I was not planning to accost his parents. I only wanted to see an old friend there for Homecoming. I won that battle and my interest was sparked for the boy with the green eyes who hadn't paid me a lick of attention.
Several years of friendship followed, dating one another's friends and weekend trips to a town called Edenton on the Albemarle Sound. There we stayed at the boy's old house, Mulberry Hill, where we listened to music, ate local barbecue, laughed quite a bit and drank that same old keg beer. Years later, when we started dating, my father would knowingly say, "So, THAT's why you spent all that time in Edenton."
Neither of us would have guessed, at those weekend house parties twenty years ago, the path we would ultimately call our own. Life has a way of surprising you and our joy in those moments couldn't have estimated such a lovely future. Four beautiful children have been woven into an intricate life made together and though not always easy, ne'er has a tinge of regret darkened our door. Yes, that boy was worth catching a million times over.
Today we rode around our old stomping grounds and I asked my husband to drive to the house where it all began. He hesitated when I pleaded with him to get out and take a picture on the old concrete stoop. In that moment, I remembered the boy who had told me no so very long ago. Once again though, he acquiesced and we stood on that porch for a few moments, laughing and talking and remembering. Six Dixie, we've missed you. 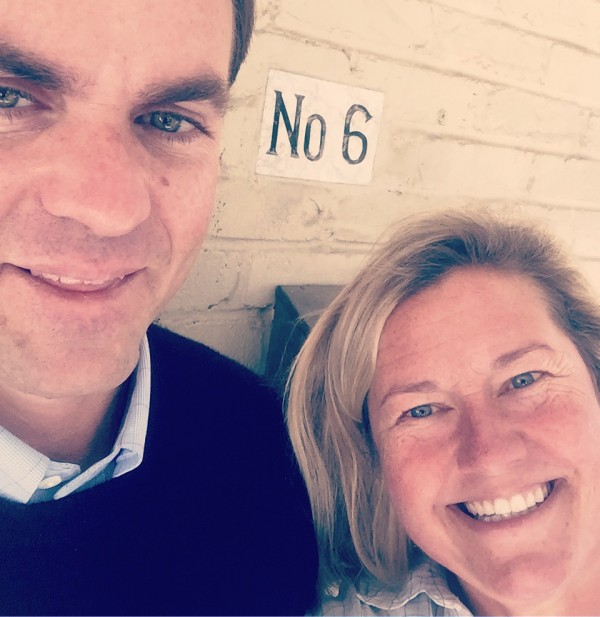 'You will smile and cry at the same time': What to expect when your son is 18
'You did the best you could,' my grown son said
We have a new puppy! Welcome to Gracie!
advertisement

'You will smile and cry at the same time': What to expect when your son is 18
'You did the best you could,' my grown son said
We have a new puppy! Welcome to Gracie!