Our NICU Story starts with conception. I (Mommy) have a heart condition, and was told I shouldn't get pregnant because my heart couldn't take it. But my husband wanted a child so badly that I let it happen (without his knowledge). In early March, our families celebrated with (very) cautious joy that a baby was on the way. I also suffer from chronic pain, and like so many in this country, was prescribed opiates. I assumed that I would have to come off of them during my pregnancy, but my doctor assured me that Oxycontin was a Schedule II drug, "The same as Tylenol...", she said. She assured us that it wouldn't hurt a growing fetus. I continued taking it, along with a low dose of an antidepressant. I stopped all my other medications.

When I told my cardiologist that I was pregnant, he refused to continue to treat me unless I terminated the pregnancy. I was shocked! He said that I was taking my life into my own hands, and that he didn't want to be involved. He did, however, refer me to a specialist at Tampa General Hospital (an hour away). I began seeing the new Cardiologist; she put a Holter Monitor on me and saw me twice a month.

At 37 weeks, my Cardiologist and my OB Doctor spoke, and decided that I had too much fluid around my heart and wouldn't make it to my scheduled c-section date. I was admitted for an emergency c-section. Our son, Nick, was born and was taken immediately to the NICU. The reason? Addiction to Oxycontin. My original doctor had been mistaken (I prefer to think that, rather than that she lied to me).

We were never taken to the labor recovery unit with the happy new mommies and their babies. We were made to stay in the temporary surgical recovery unit for three days. The NICU nurses treated us horribly, as if I was a drug addict who cared little for my child. At one point, after having been awake for 53 hours straight, I was almost asleep. A nurse from the NICU burst into my room and yelled, "There's a man in the NICU asking questions about your baby!" I was beside myself with exhaustion and guilt that I might have hurt my baby, and rose to her level of panic. "What do you mean 'a man'? Is it my husband?" She said, "I don't know..." I asked, "Does he have a bracelet like mine?" Again, she said, "I don't know."

At that point, I lost all control and started screaming for my husband and for the nurse assigned to me. The NICU nurse ran out, and I grabbed my cell phone. I called my husband, but he didn't answer. I pushed the call button for my nurse, and then had a complete breakdown. My husband and my nurse arrived at the same time. My husband held me while I cried that I wanted my baby...that I had been in the hospital for two and a half days but didn't even feel like I had given birth because no one would talk to me about my son. The NICU nurse who sounded the alarm about "a man in the NICU" was talking about my husband, who had gone into the NICU to give my son his evening bottle. Without bothering to confirm that he was the father, she sent me over the edge. Her explanation? "Sometimes mothers of CRACK BABIES don't want the fathers to know why the baby is in the NICU." Without bothering to read Nick's chart, she just assumed that he was a crack baby because he was being given phenobarbital for withdrawal.

After I calmed down, the NICU doctor (who had also been called) made the NICU nurses unhook my son from the tubes and wires for 10 minutes so I could hold him. He was so small...I was wracked with guilt that I might have hurt my child due to the misinformation we had been given. I wasn't able to breast feed because of the meds I was still taking. When they came to get him, I was inconsolable. Later that night, the Director of Nursing came to apologize for the NICU nurse (who I never saw again), and explained that sometimes babies get mixed up in the NICU. WHAT?!? Babies get MIXED UP?!?!

At that point, all we wanted to do was get the hell out of there. The NICU nurses were telling us that our son was going to be airlifted to another hospital for tests. The NICU doctor told us that he would be released to us in two days with a prescription for phenobarbital. It felt like no one was talking to anyone else. We were terrified to leave Nick there in the NICU, but I was discharged and we had to go home without our baby.

Three days later, I stood by while the NICU doctor argued with the NICU charge nurse over whether or not our son was capable of life outside of the NICU. I interrupted them to tell them that we were taking our son home, because we had had enough. Two hours later, my husband pulled away from the curb with my son and me in the backseat.

On November 6th, my son turned nine. He is a happy, healthy little boy. He is the light of our lives. My experience with the NICU is the exception. And while it was the most horrific week of my life, I would do it all again for my little boy. 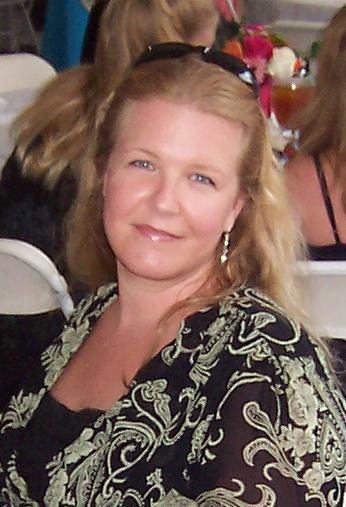 I am a 46 year old stay-at-home mom, living in Fayetteville, NC. I have a nine year-old son, Nick, who is the light of my life. My husband and I have been married for 12 years, and he is an Animation Professor at UNC Pembroke.