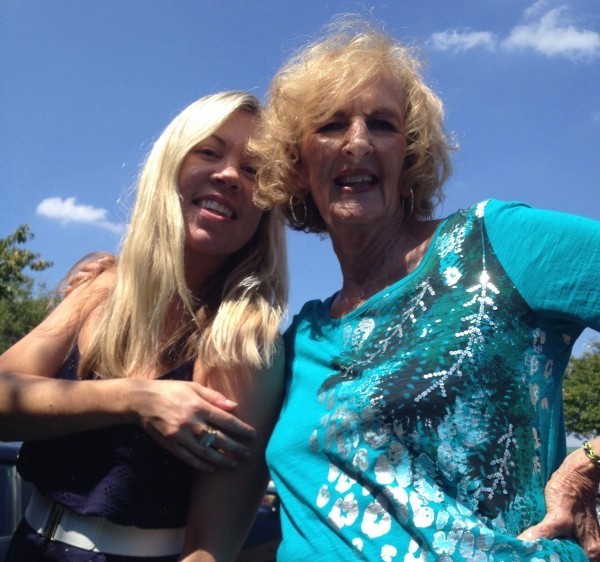 Truth be told, we spent most of the relationship at each others throats.

Over the years, up until the final break-up, we had many petty disagreements, a couple noteworthy arguments, and what I recollect as one very public knock down drag out.

It’s been years since the relationship ended, and just when I thought there was no chance at a second try, something very unexpected happened.

And, to be clear, I’m not describing a past relationship with an ex- boyfriend.

Even though our relationship could easily be described as tumultuous in the early days- I had always admired Kay. She was different than my own mother; more worldly. She was a force to be reckoned with; a strong, sharp witted single mother of 5 who fiercely protected her children right there with the likes of a mama cheetah.

“Why would you ever wait for a man to do it for you when it’s 10x better to do it yourself?” This and other similar mantras seemed like her recipe for a happy life.

As teenagers, her son, the lifeguard Robbie and I began a summer romance during my family’s annual beach trips to the Carolina Coast.

Looking back I think it was her independence that intrigued me most- something I thought to be an unusual characteristic for a mother of 5. She had no fear of being alone. Her children were mostly grown by then and she seemed to relish the time she finally had to devote to herself- working, volunteering, reading, traveling and boy could that woman cook. It was like nothing I had ever seen. I came from a small family and wasn’t used to such massive family dinners and colossal gatherings. Luscious spreads of bubbly, oily southern dishes would neatly line her leafed out dining table- the heavenly smell of expertly fried chicken and fragrant collard greens engulfed her modest beach cottage.

I think her problem with me was that I happened to be dating the baby of the family who also happened to be her favorite son. It was probably a simple case of me stepping on her ever so delicate toes with my young hot headed, opinionated little self. We were free and careless and had our whole lives ahead of us.

Our summer romance turned into a more serious long-distance relationship as I entered my twenties and finished college. At Robbie’s encouragement, I began a career as a flight attendant- I couldn’t think of anything more exciting after being trapped in a classroom for the last 17 years. He helped me move up to Chicago and we enjoyed all the perks that free stand-by travel had to offer.

As time went on my new found freedom began to open my eyes a little; I was meeting all sorts of amazing and different people and started to visit less and less.

When we both came “home” to NC for visits, there was never a shortage of playful banter with Kay that would usually end with a comment that fell just below the belt. “Angel, honey, why did you cut your hair so short?” she questioned during one visit, “you know Robbie loves long hair!” “Well he should grow his hair then” I countered. She had to smirk at her own contradiction; she never waited for a man’s approval either.

Her comments led to me believe that she thought of me as a little hotsy totsy know-it-all; newbie world traveler who was going to eventually break her baby’s heart. And she had a hard time standing by as I stole him away.

When things were going well, her interference level shot down. But whenever we hit a rough patch, I got an earful. Once she called me at a hotel during a layover late at night to tell me if I hurt him she was going to come to Chicago and skin me alive (in so many words).

Eventually, we did break up. Long distance can be tough, and I was having too much fun to be settled. I moved to another city and managed to escape with skin still intact.

Years went by and Robbie and I stayed in touch, mostly on social media- too much history to not be friends.

I never heard from Kay.

After a few years, I resigned from the friendly skies, married, and had children.

It was at the moment that I became the mother of a son that I realized just how fierce and strong that connection is; and how I, too, would ruin anyone who hurt my baby or even took too much of his time away from me.

Last year while I was visiting my folks in NC I found myself standing in a Walmart perusing all the new skin care products and simultaneously trying to soothe a tired toddler when I saw her.

There she was... looking very much the same, but older. Her fiery eyes were tamer, more lined. We looked at each other for what seemed like an hour before either of us spoke.

“Hello” I mumbled. Then, came the shocker; she opened her slim, delicate, but strong arms wide and motioned for me to come in for a hug. We embraced and it felt like coming home again. From there she pelted me with compliments, asked a million questions and marveled at the baby boy who was peering out of the stroller, his faced smudged with yogurt. No snide remarks in sight, no sarcasm, no hurt feelings- just two women, two mothers who finally realized we could relate; we weren’t that different at all. It was in that moment that I could understand all her past reservations about me and I think she saw her younger self in me for the first time.

Since that day, we’ve become an unlikely pair; best multi-generational friends of sorts. I call her with parenting questions; heck- she single-handedly raised 5 happy and successful children and is one of the only 70 something women I know who remembers EVERYTHING from those days. She asks me what gifts her grandkids might want, and what sights she shouldn’t miss on her upcoming trips. We laugh about the old days and reminisce about the good times and then commiserate over the grueling work of motherhood. She’s dumbed down some of her most famous recipes for me and has offered advice that neither my mother or mother in-law could provide. I’m in a no-judgement zone with her. She’s non partial; just full of life lessons and wise counsel.

We’ve both apologized. Best of all, after the silly arguments, and all the up’s and down’s, it feels good to say that we’ve finally moved on- together. 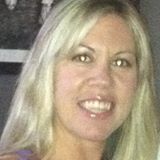 A communications major becomes a flight attendant after college and meets a tall, dark, handsome man on a flight who is studying to be a Medical Doctor and lives in blissful Charleston SC. The beginning of a happy on-going journey and we have since added 3 kiddos to the family and created a wellness beverage in our "spare" time. I love writing about the beauty in simplicity and finding humor in every day struggles. I have been a lover of words for as long as I can remember and feel blessed to have mine published in various forms. Thank you for visiting my blog!