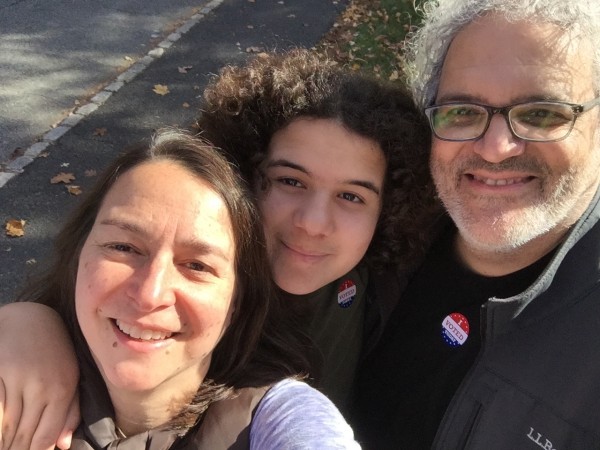 I have a terrible sense of direction. When I’m driving in unfamiliar territory and there are only two options, I will always go the wrong way. Driving was never my favorite pastime. I don’t like being lost or frozen at an impasse, unsure of myself and what lies ahead. So I learned to adjust by going against my natural instincts at every questionable intersection and I married a man who has strong directional skills. Still, it’s no surprise that I fully embraced GPS technology. Unfortunately, there is no such invention for navigating motherhood.

I thought motherhood was going to be so much easier than it turned out to be. I was babysitting at 12, and teaching gymnastics by 14. Later, I shifted to preschool special education. None of it truly prepared me. I’m 17 years and two children with disabilities into this journey and I’m still learning how to move forward.

My younger son is 13 and on the autistic spectrum. I am happy to say we’re past the “flight risk days” when communication was non-existent and dead bolt locks were installed on exterior doors. I’m not sure if Sebastian liked being lost or was certain of his destination, but that part of his road to adulthood terrified me. It’s unclear how far he’ll go or how he’ll define success. His future is the widest, sometimes self-imposed, blind spot I’ve ever encountered.

The first survival lesson I learned on the path of special needs parenting was to live one day at a time. We spend our whole lives learning to look ahead to the horizon. What do you want to be when you grow up? What college do you want to go to? How are you saving for retirement? Do you want to be buried or cremated? My husband and I cannot die before creating wills, guardianships, trust funds, and documenting every minute caregiving detail for Sebastian and his non-verbal, non-ambulatory, g-tube fed, diaper wearing, epileptic 17 year old brother. Without us, will the world look past their obvious differences and see their brilliance? The future is hard to imagine. It’s easier in the here and now, even with a 13 year old who has an odd love for Google Maps and a habit of beginning conversations with everyone, from his teachers to the cashier at Dunkin Donuts, by asking “Where do you live?”

I resist my urge to discourage Sebastian from being nosy and embrace his ability to spend hours “driving” through the streets on Google Maps. My husband had no problem building on this interest. During late night walks, he would pick an arbitrary point and tell Sebastian to lead us home. We didn’t anticipate an immediate need for this skill. It’s not like we were planning on sending him out alone into the suburban darkness.

But last fall, encouraged by Sebastian’s overall growth, I mapped out a plan for him to switch from the special education door-to-door bus to the regular middle school bus. I worried about the logistics. Would Sebastian get to the bus on time? On the ride home would he recognize his stop, especially on the late bus in the dark winter months? Would others think we were crazy to give him this freedom? I wiped away the memories of our young wandering son. I couldn’t allow my fears to create unnecessary roadblocks. I clung to the fact that we had given him the means to make the right choices and to manage failure. I chose to believe in him and track him with the Find My iPhone app. All has gone well.

Fueled by Sebastian’s successes, my husband started asking him for driving directions. “Sebastian how do I get to Millburn?” “I know Dad, go though South Orange and Maplewood.” At every intersection he correctly announced, “Right turn," "Left turn,” or “Go straight.” I’ve even turned off my GPS and let him direct me through unknown routes. It feels odd and thrilling to discover this trust. The truth is, for most of Sebastian’s lifetime, I haven’t been sure where we’re heading or how we’re getting there.

We’ll land where we land. I just never dreamt my son would lead the way.

A Tale of Two Kindergarteners
The Day We Told Our Adopted Son About His Past
Not just Mean Girls- There are Mean Boys, Too.
advertisement

A Tale of Two Kindergarteners
The Day We Told Our Adopted Son About His Past
Not just Mean Girls- There are Mean Boys, Too.