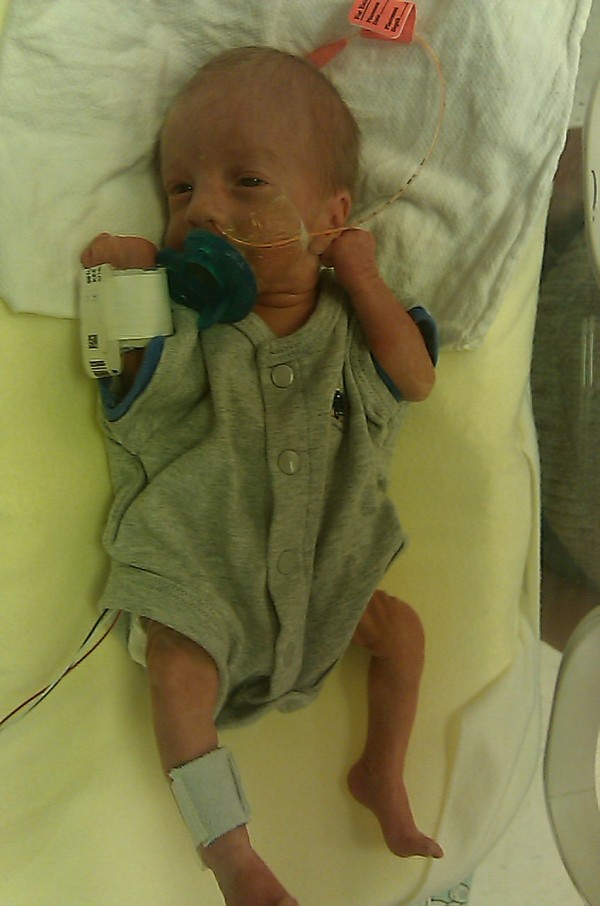 This is Corbin on the first day he got to wear clothes (preemie size, by the way). It was such an exciting milestone for him, but every time I look back at this picture, I'm blown away by his tiny legs and feet and am reminded of how far we've come.

Corbin was born almost 12 weeks early, so I basically skipped the third trimester. The doctors were never able to explain what happened or why I went into labor in week 29. We've always just joked that he was so eager to join the world that he forced his way into it. I was convinced it was false labor pains, but when the water heater went out in the middle of the night, and I couldn't take a bath to ease the pain (clearly contractions in retrospect), I decided we needed to go to the hospital to get some meds so I could sleep and get through work the next day. I certainly wasn't ready or prepared in any way and was thoroughly shocked when the nurse told me I was headed to labor and delivery to have a baby.

After 5 hours of labor with some Motrin and a local anesthetic, Corbin made his way into the world on November 21, 2011, at Cox South Hospital in Springfield, Missouri, weighing in at 3 pounds 4 ounces. The room kind of gasped with shock as he joined me in crying. No one expected his tiny lungs to work, certainly not to cry. He was immediately rushed away, and I didn't get that treasured moment of being a new mom getting to hold her baby right after birth. The list of missed firsts was just beginning as we became NICU parents.

Corbin's weight quickly dropped to 2 pounds 13 ounces, and 3 horrifying days later, I went home after the last possible minute my insurance company would allow me to stay as a patient, but Corbin remained at the hospital. We were fortunate to live only 10-15 minutes away from the hospital, and early the next morning our daily visits began. We sat by his incubator for hours, waiting for the brief moments when we were allowed to touch him through the holes or watch the nurses adjust his body. We waited days to finally get the chance to hold our tiny preemie, and when we did, it was only once a day, and we had to take turns. He was so little and struggled to stay warm outside his incubator, although wrapped in layers of warm blankets and tucked against our bare chests (kangaroo-style, my NICU parents know so well).

Then began the waiting game. Eat, breathe, and grow--he had to master all 3 before he could go home. We celebrated each little success: getting off the ventilator, losing the biliruben light and cool shades, shedding each tube and monitor one at a time, using a pacifier for the first time or wearing neat hats volunteers made and donated, graduating to the open air crib, successfully taking a bottle, and the super exciting 4 pound party. Along with the joys and milestones, there were difficult times as well. To salvage my remaining sick days, I returned to my high school teaching position after 2 weeks and taught a couple days a week until the end of the semester, which resulted in less time at Corbin's side. We got a brain scan report with terrifying news that he might have a brain abnormality. He got a little too ambitious with the bottle and crashed right after Christmas, resulting in a blood transfusion and delayed release. We saw other families come and go while we waited--sometimes impatiently, and were envious of them. We were grief stricken when a fellow NICU baby in our row passed away.

In total, Corbin spent 48 days in the NICU. Looking back and thinking about all the challenges so many other families face, we were incredibly fortunate. Corbin had few setbacks and steadily grew stronger each day. We were able to spend at least a portion of every day by his side while so many families cannot. We are so appreciative of the great care he received in the Cox NICU and are so happy to report our little guy is now a big, strong, smart kindergartner.

All our love and support, NICU families, 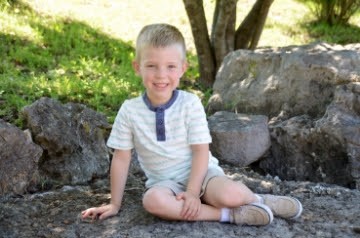 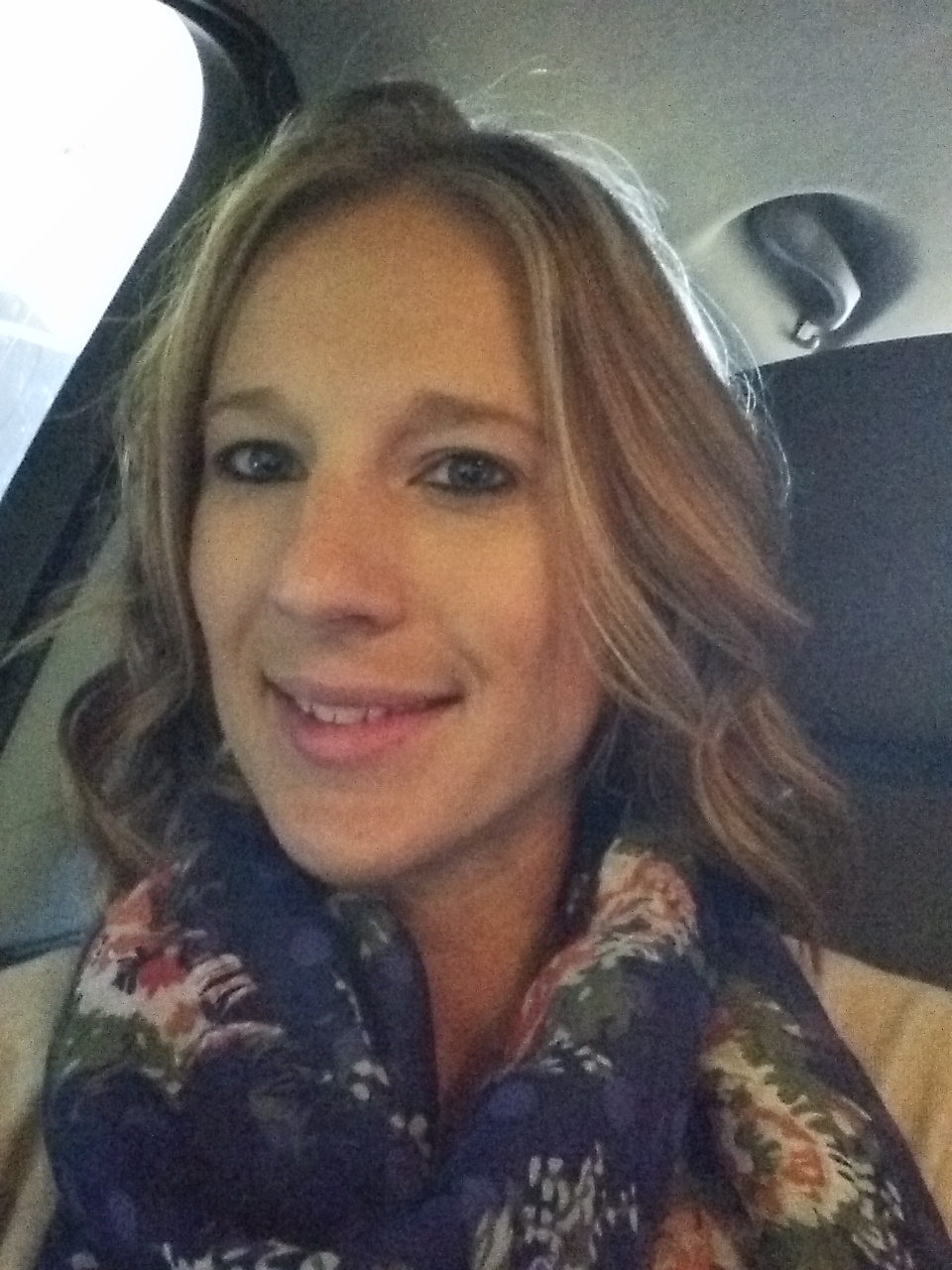