My kid's tantrums are MY fault. 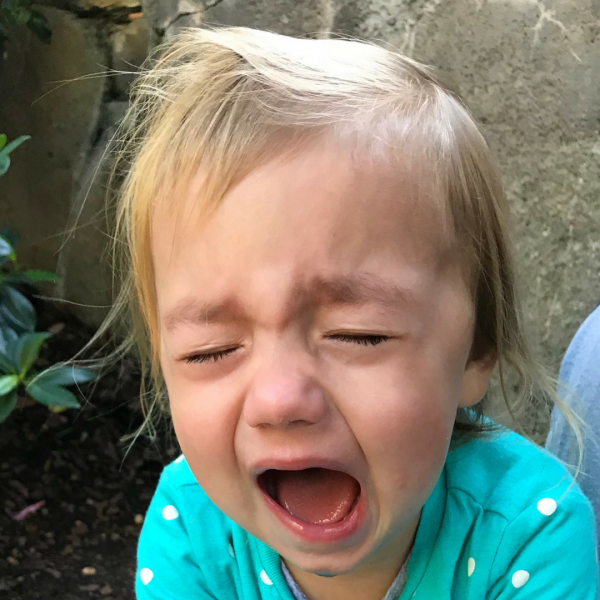 My child’s tantrums are my fault.

Not all of them, but most of them.

You may see my contention as a way of excusing their bad behavior and teaching them that there is no need to take responsibility for their actions when mom can do that for them.

Based on that assumption, I am what is wrong with parents these days, right?

Right; but not for the reason you think.

Or, could I quite possibly be the only parent that has gone awry? Ugh, I hope not because that is a depressing thought.

What is not bleak and is actually kind of a powerful self-realization for me is that I have been screwing up at motherhood in a way that is entirely repairable.

When I say that I am the cause of my kids’ meltdowns, it is because I have noticed a pattern to their outbursts and my accompanying behavior leading up to and even during them.

Just today, at a local kids’ gym, my just-turned-two-year-old daughter lost her marbles (the ones in her head, not literal ones) and almost lost the contents of her stomach. Yep, she cried and screamed (and kicked and rolled around) just long enough to make herself cough and almost vomit.

What set her off? Asking her to sit correctly on a bench so that she wouldn’t fall. Then I took her pacifier away because we don’t allow her to use it during play. Then I tried to help her with the activities she was slightly too young for.

She kept huffing and having conniption after conniption. Her hysterics continued on and on.

Then it hit me like a fist to the face.

Was my little one tired from a morning at preschool? Yes.

Did she just ride in the backseat of the car for thirty minutes to arrive at the gym? Yes.

Was she super excited to try out every activity in the room? Oh my, yes.

Was I giving any credence to the fact that preschool can be equally as draining as it is exciting? Nope.

Did I recognize at all that a boring car ride can make even the happiest child (or adult) grumpy? Nope.

Was I the barricade standing in her way of exercising her independence and testing out her wings? Yep.

You know what else I was?

Distracted. Distracted by my phone and a mind full of other more productive things that I could be doing, like writing or researching for a new post.

Yep, you just heard me spew such nonsense — at the time, paying attention to my work and my phone seemed more productive to me than raising human beings and being present in the presence of two-thirds of the little people that I birthed and love with all of my heart.

If you had a mom who acted as senseless as I did today at the gym, and as I do on a far too regular basis, you would have tantrums also.

What us parents fail to realize sometimes, but thank goodness that I have grasped today is that occasionally our children’s tantrums are the result of us being “tuned-out” to their emotions and needs. Thank goodness for these periodic meltdowns, so that us parents can be reminded of where we are faltering.

My kid’s tantrums are my fault, but it’s really a good thing; it’s good that I screw up, so my kid can act up, and I can learn a lesson.

If only there were an easier way to raise a parent.

Only One Meltdown at a Time
Best way to travel with kids? Don't bring them
It Gets Easier
advertisement

Only One Meltdown at a Time
Best way to travel with kids? Don't bring them
It Gets Easier