Published by Ashley Klingsheim on June 1, 2019 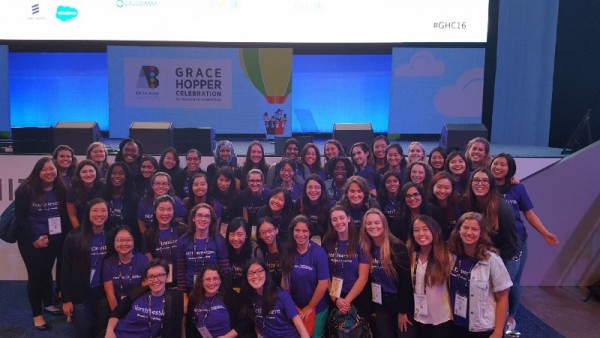 I remember when I was 10 years old and the video game Doom came out. While all the other girls in my neighborhood liked dolls and stuffed animals, I liked to play video games on my computer. I think I fell in love with tech because of my father. He had his own small business that did pretty well at the time. He would often spend his money on interesting gadgets and electronic devices. Of course, I was too young to understand the technology behind them at the time. I just liked playing video games.

Around that time, the first Pentium microprocessor was released, which made computers much faster. Now, 25 years have passed since the release of the Pentium microprocessor and the tech space is more amazing than ever. This is an industry where new ideas are constantly born and brought to life. While I was still in high school, my parents encouraged me to finish law school. My uncle owns a successful law firm, which meant I would have a guaranteed job at a good company. I briefly thought about it, but ultimately decided to study computer science.

My college years weren’t easy. My mom and dad weren’t so supportive of my decision, and I was intimidated by the fact I was surrounded with so many men. Gender discrimination was and still is a big problem in the tech industry. Of course, there’s now more diversity than ever. However, back in the day things weren’t easy if you were different from the average tech person. It felt like I had to work twice as hard just because I was a woman. I sacrificed a lot for my career. Although my husband and I wanted kids while I was still in my early twenties, we decided to wait until I was 30 to start trying just so I could have a successful professional life.

As a woman in tech, you’re probably going to face some obstacles throughout your career, even when you do everything right. Unfortunately, there will be men who’ll be jealous of your knowledge and skill. They might try undermining your success or telling you you’re not good enough to work with them. But if you want to be successful you will need to know your worth. Remember that gender doesn’t have any type of impact on your skills. What drew me to a career in tech was the fact that I could create virtually anything I wanted with just a computer and knowledge of programming.

I am a coder, and that’s the only thing I want to be. My job allows me to use my imagination and innovate. But to prove my worth I used to do other tasks around the office as well, including managing computer problems outside of the IT department. I did this during my free time because I wanted everyone to know how good I was when it came to computers.

Nowadays, my life is quite different. Although I still love going to work, my daughter is my number one priority. I now work as a web developer for a medium-sized company in Toronto, and both the employers and employees here are awesome. They know how seriously I take being a mother, and they’re extremely supportive. I stick to my job, and don’t try to solve everyone else’s problems anymore. If they have computer problems, I just point them to some of the managed IT services in Toronto. I still code a lot and use my imagination to create better products.

What I love most about my job is that I’m able to constantly learn new things and implement that knowledge. The constant innovation in this industry makes everything exciting. I wanted to write this article to encourage women to give a career in tech a try. Keep in mind that you need to be thick-skinned in you want to succeed. In case you have a bad experience at one company don’t give up. Some people are jerks, but there are countless businesses who would surely love having you on their side.