My Entire Life Changed When Someone Made Fun of My Son

Published by Stephanie Hanrahan on June 18, 2019

The first time my child was made fun of he was five months old.

I’ll never forget where we were: the deli line at our local grocery store. I had just ordered a pound of rotisserie smoked turkey and looked over to find a middle aged woman snickering and pointing at my son.

I knew bullies would be something my children may encounter eventually, but I never expected them to target a baby.

It didn’t take much investigating to know what she was laughing at though. My beautiful boy was wearing a cranial helmet. It actually had just been placed on his head two days prior, and the grocery store was our first outing with his new accessory. I was already emotional enough — I missed the smell of his freshly washed hair. I hated how I could no longer cuddle him close to my body when he fed. This lumpy piece of plastic was separating our snuggles, and now it was making him the laughing stock of the whole store. 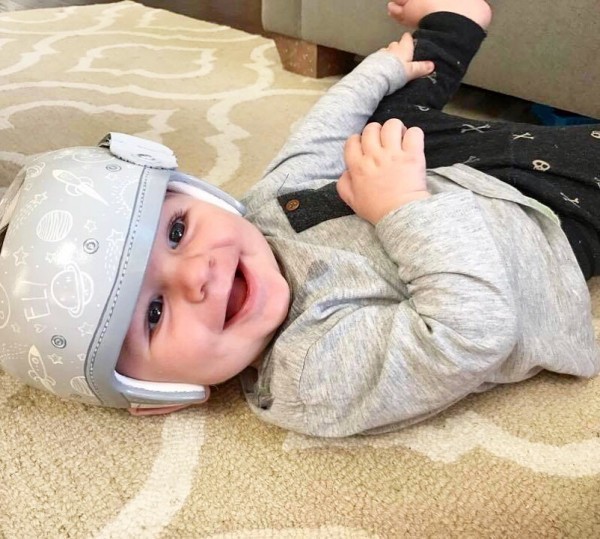 I wish I could grab the mother I used to be and whisper in her ear, “It’s okay. Let them laugh. You’re going to teach the world all about different types of beauty,” but she probably would’ve shooed me away. And she also wouldn’t have believed me.

Because the woman I used to be was committed to hiding.

I ran out of that store and made it to my car before the tears came. What I didn’t realize at that time was that I wasn’t crying over someone’s cruelty, or even a cranial helmet, I was bawling because my child was marked at different. And back then I didn’t want to be different. I desperately wanted to blend in. 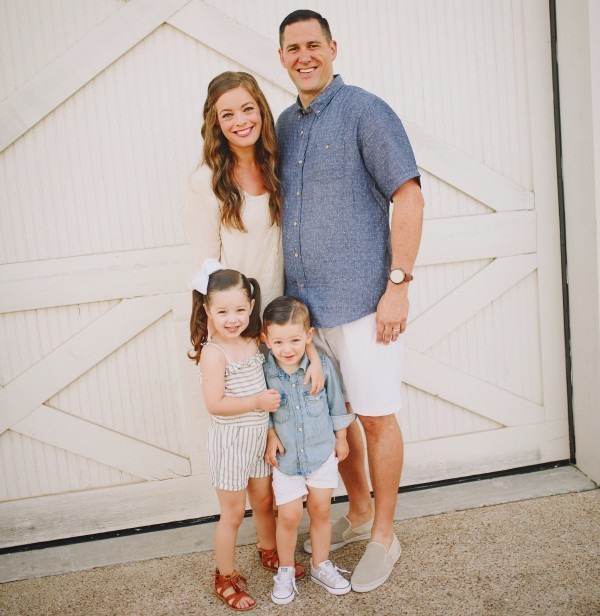 Months prior to my son being strapped into a piece of plastic my world erupted. My husband’s heart stopped, my two-year-old daughter started showing signs of autism, and the depression and abuse I had stuffed inside for many years began to surface.

I had convinced myself that since no one else was sharing their hardships, neither could I. The world didn’t want to see my pain, they only wanted my prettiest parts. So that’s what I gave them publicly, as privately I suffered in fear.

But this helmet, this awful store experience, changed everything for me. There was no more hiding. It was the beginning of letting the world see an imperfection I couldn’t filter away, and it unknowingly prepared me for the road ahead with my baby boy.

Because in three short months his helmet would be gone, but for the rest of my son’s life he’d still have something that marked him as different. This time, an invisible disability like his sister: autism. 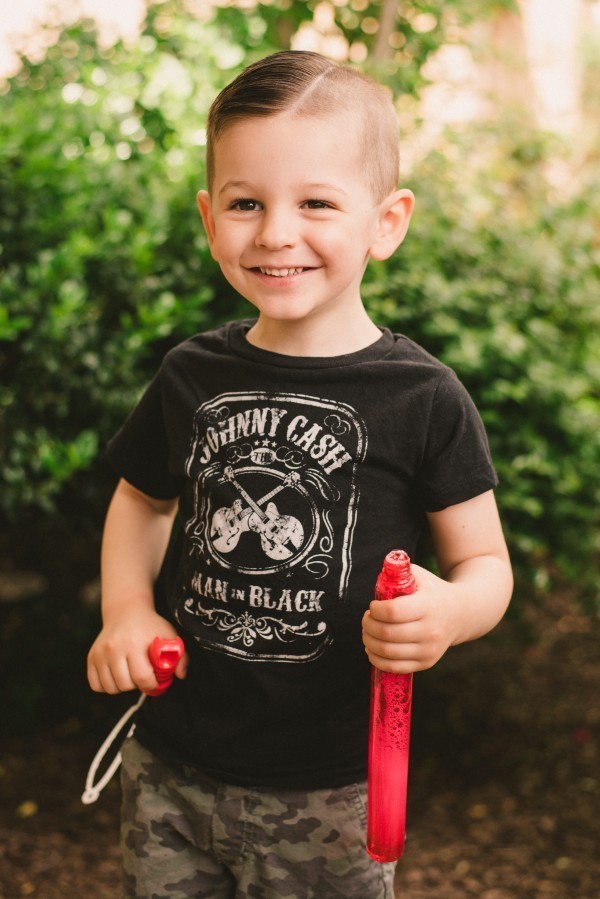 I still get stares and snickers all the time, but people no longer know what they’re looking for. It’s impossible to miss a helmet on a five month old’s head, but the scarlet A—autism—blends in. So when my children have sensory breakdowns, or flap with excitement, or turn down another child’s friendship—the evil eyes of others return.

But unlike that mother of two years ago, I have no intention of running and crying. The hiding is over; I only want to educate. Because in order to introduce different kinds of beauty into the world, we have to expose them to it. So here are my babies. They have autism. 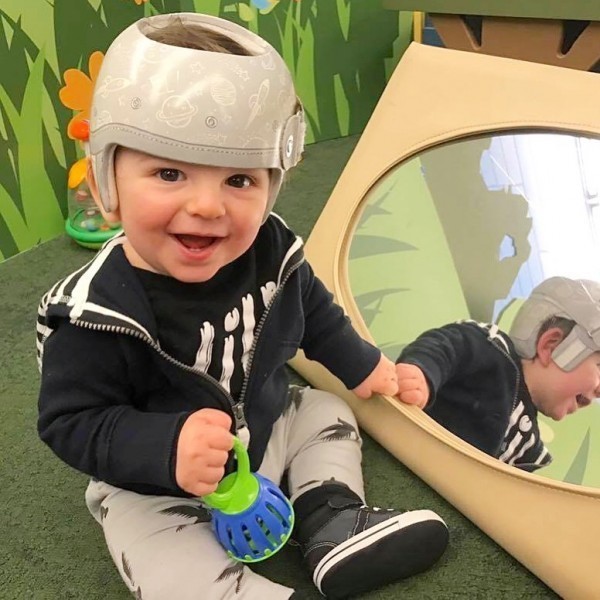 Among a bunch of other wonderful qualities.

I always thought the key to happiness was hidden in perfection. But someone’s perception of me or my children does not define us. Nor does a cranial helmet or a neurological disorder. We were uniquely made for so much more.

We all have something that marks us as atypical. Maybe it sits on top of your head for all to see, or maybe you’ve shoved it deep within, hoping to hide it forever. Whatever the case, I encourage you to embrace it, and when you’re ready, let it go. Someone is standing in the store—not waiting to laugh and point—but ready to walk along with you.

A richer life awaits when we let go of appearances and choose to be authentic.

It’s time to put on our helmet’s for the whole world to see.

Opinions and autism go together like...
A Very Big Table for Autism
About Autism, a Little boy and Nobody’s fault
advertisement

Opinions and autism go together like...
A Very Big Table for Autism
About Autism, a Little boy and Nobody’s fault