My Daughter's Hair Is Not A Reflection Of My Parenting 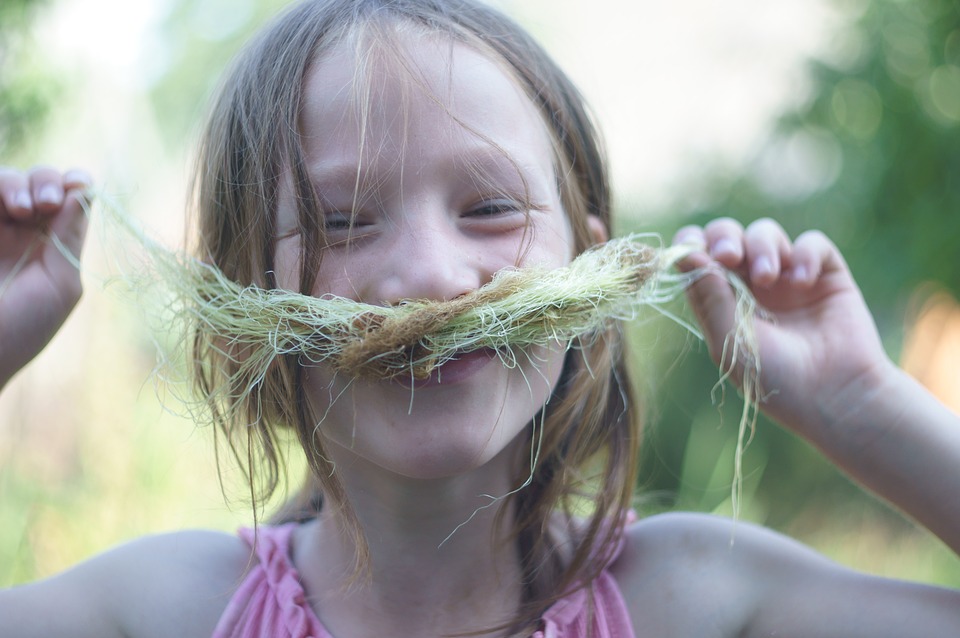 My daughter hates having her hair brushed or "done". Always has. She couldn't give a flying fig if her hair is knotted up in horrifying tangles. "Pretty" hair just isn't on her list of things that matter in her world right now. And to be honest — it's not on my list either anymore.

But it's been a struggle to let it go.

I see other moms out in the world and a lot of the time their daughter's have these super-complicated looking braids or beautifully placed ornaments in their hair and I gotta admit — I do feel a twinge of inadequacy. Are they using magic?

But I still think I'm a pretty darn good mom despite this. I've learned that even though my daughter has messy, wild hair a lot of the time, it doesn't make me a bad mom. Her hair is truly not a reflection of my parenting.

My daughter is doing well at school, helps me clean up, (most of the time!) is kind to other kids, and an all-around well-behaved child in general. Great, right? We just haven't got the hair thing down. It's not that I don't want to be super stylish with my daughter's hair or have her looking well-groomed all the time — it's just that it's a complete and total nightmare trying to achieve that goal and, frankly, I've decided it's not worth it.

I could spend half the day negotiating with my daughter about brushing her hair. I threaten to cut it — she freaks out. I tell her we need to take care of it — she protests. It's a never-ending battle and I know in my heart of hearts that I am not alone in this epic war of the brush.

I know that there are those out there who will be cringing while reading this because they may feel I should be more strict on this matter. I should force her, punish her, or even chop her hair off unwillingly. I've heard it all.

But that's not going to happen.

My daughter not wanting her hair brushed, spritzed with hairspray, and glued into a perfect bun is so low down on the priority totem pole as far as what I could be alternatively dealing with. I know this phase won't last forever.

One day my daughter will want to brush and style her hair (I hope!) and one day she'll care about what other people think. And, actually, I kind of dread that day.

Right now, she picks out her own clothes and comes up with some truly bizarre fashion choices. Every day that she comes downstairs in something I would never expect, I smile.

It's the fact that my daughter simply doesn't care what anyone else thinks that makes it so fantastic. This is a unique phase in her life where she feels free to truly be herself without fear of judgment or insecurity. I'm not going to shame her for it. She loves her sense of style. She also loves having messy hair.

So just because you see me out with a disheveled and sometimes mismatched child certainly doesn't mean I'm not trying as a parent. I am trying very hard. I'm trying to let her be herself, to let her express herself, and to allow her the personal space to control a tiny part of her life which means a lot because most kids don't get a whole lot of choices in life.

Will I be cutting out some epic knots in the near future? Probably. Is it really that big of a deal in the big picture? Probably not.

More from Michelle: 6 "Single Life" Habits You Should Never Give Up in A Relationship

The Ever-Changing Voice of a Mom of a Kid with Mental Illness
Bidding Farewell to Babyhood at the Salon
This morning exchange connects me to my tween, and I'm not giving it up
advertisement

The Ever-Changing Voice of a Mom of a Kid with Mental Illness
Bidding Farewell to Babyhood at the Salon
This morning exchange connects me to my tween, and I'm not giving it up