'Mommy, can I get a bikini?': Why my answer to my daughter's question is 'no'

“Mommy, can I get a bikini?” my daughter asked in a hushed voice, her eyes hopeful.

Her swimsuit was tattered and torn and she was definitely in need of a new one. And her question came as no surprise to me as she has recently gained an interest in bikinis after seeing one of her favorite children's characters wearing one in a book.

Much to her dismay, my response to her question was “No, honey.” Which was then met with the inevitable “But why?” 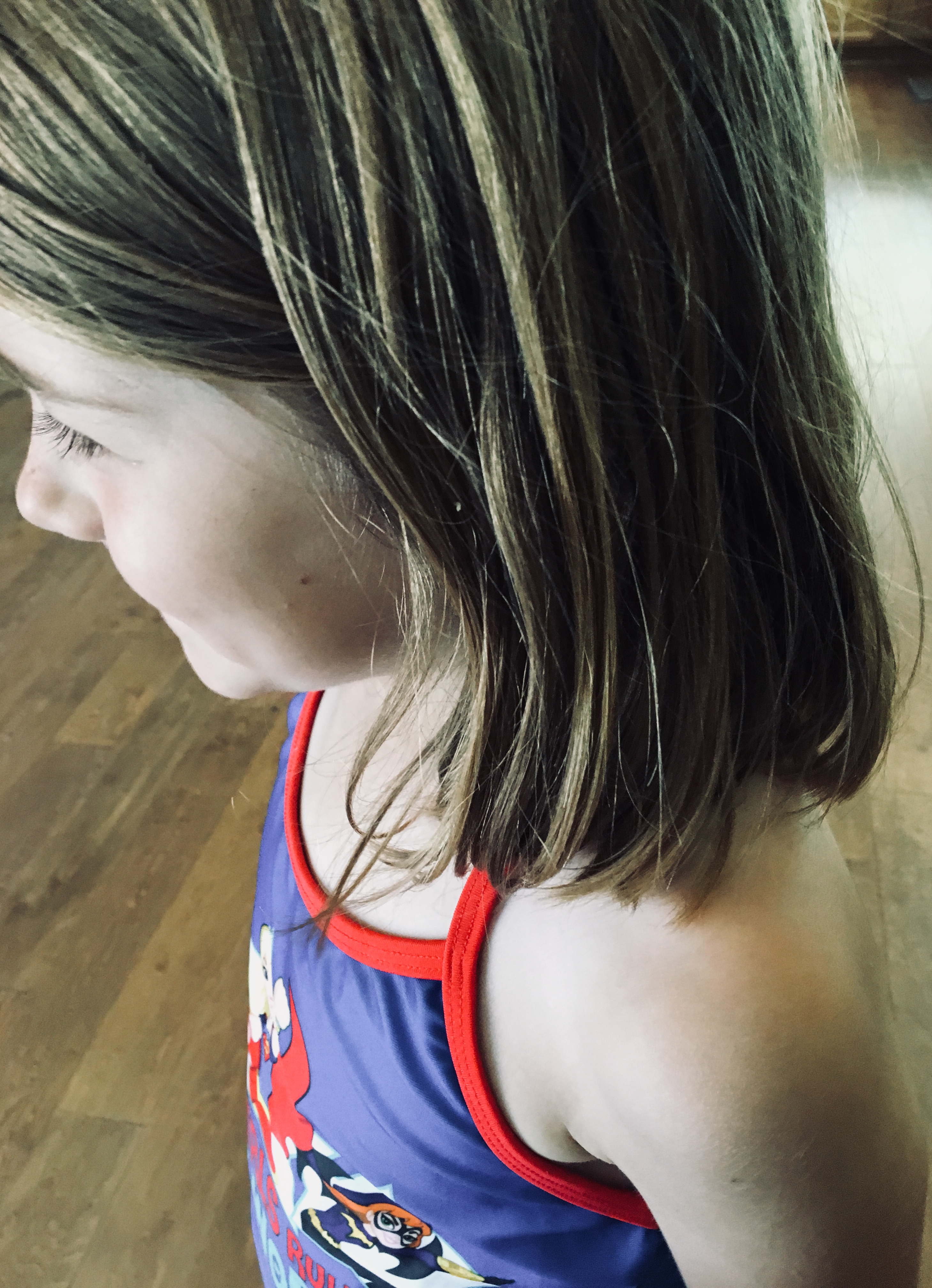 I've asked myself this question too. But why don't I want her to wear a bikini?

I've wondered on more than one occasion. There is nothing inherently wrong with a young girl wearing a bikini. In fact, I see girls my daughter's age wearing bikinis all the time and they look pretty darn cute. Yet, I still can't get on board with the trend.

There are plenty of arguments out there as to why it is or isn't okay for young girls to wear bikinis. Some argue wearing a bikini sexualizes them. Others think that refusing to let them wear one will have a negative impact on their body image, that it causes a sense of shame.

And while I can understand the reasoning behind the various arguments, I just don't think bikinis are appropriate for young girls. It really is that simple. For me personally, I want my daughter to be fully covered from bra territory all the way down to booty territory. And for a seven-year-old girl, I don't believe that's an unreasonable expectation.

After giving my answer, I was tempted to feel guilty that I had made the decision for her. Guilty for being too controlling. Guilty for possibly quashing her sense of individuality and perhaps her decision making skills.

But I remembered I allow her to make choices and express her individuality in other ways. She chooses her outfits on a daily basis, and even when they are absurdly mismatched (as they usually are), I don't say a thing. If she's happy in her mismatched clothes, I'm happy for her. She also chooses her often unique hairstyles, which activities she is involved in and a variety of other things.

However, I still wondered if I was being unreasonable.

Then as we browsed swimsuits at the nearest discount store, I noticed that the racks were full of bikinis for young girls. After flipping through bikini after bikini, we finally found the one full-coverage suit (a tankini) in her size. And due to the lack of more modest swim attire, I realized there must be a slew of other “mean” moms out there who share my same opinion. Phew. I'm not alone!

When I finally brought the issue to my husband and asked how old he thinks our daughter should be before she is allowed to wear a bikini, he answered “When she's married.” And even though I laughed, I have no doubt that he was serious. It was nice to know even if I was being irrational and overly cautious, I had someone on my side.

Motherhood is full of tricky decisions, and it's usually the decisions with no right answer that are most difficult to make.

I have no doubt my daughter will request to wear a bikini sometime in the near future, and my answer might be different at that time. But for now it's still “no.” And even after her accusations that I “never” let her do what she wants to, I'm refusing to apologize for it. Because I truly believe it's what's best for her.

And as moms, that's really all we can do – what we think is best for the children that we know best.

Pandemic or not, the same rules still apply
It Starts with a Two Piece Bathing Suit: Empowering Our Girls Through Their Choices
Cell phones and kids.. Just say No!
advertisement

Pandemic or not, the same rules still apply
It Starts with a Two Piece Bathing Suit: Empowering Our Girls Through Their Choices
Cell phones and kids.. Just say No!