My dad was in the KKK: Here’s how I undid the damage

Published by Jvonne Hubbard on November 20, 2018

When I was five years old, my dad became the Grand Dragon of Ku Klux Klan’s North Carolina faction and started telling me awful things about black people. “If I ever see or even hear tell of you playing with or associating with any n----- ever again I am going to have to whip your ass and burn a cross in her yard to make you understand,” he said after spotting me playing with my best friend Yonnie in the playground at school. He also told me, “Blacks carry diseases that can be caught just by accidentally touching their skin. If one ever bumps into you’d better wash the part of your body they touched right away.”

At that age, when your parents tell you something, you listen. And believe. I can remember running to the bathroom once when a little black boy brushed his arm against mine at the school water fountain. Your parents are your role model. You are looking to them for guidance, to help shape your worldview so that hopefully you grow up nice and balanced. How can you possibly know whether what they are teaching you is wrong?

I remember how, during a rehearsal for my 3d grade class’ production of the Nutcracker one Christmas, a black classmate had not yet returned from a bathroom break. Another student tried to tell the teacher to wait for her before starting back up, to which I promptly retorted, “We don’t need n------ in our play anyway.”

Meanwhile, at home, there were Klan rallies and cross burnings. My dad once had my mom sew me a little miniature KKK robe, so he could proudly parade me around as a little beacon of his hate-filled indoctrination.

Yet all the while, I instinctively sensed that something was wrong with this picture. Hate was exhausting. And somewhere in my soul, a voice kept whispering messages that conflicted with the notes of hatred and anger I was receiving at home. At first the message came quietly: when my baby sister was born, I simply brimmed with love for this sweet, tiny creature! I wanted to be there to watch over and protect her all the time. Later, when my first son was born prematurely – after only twenty-four-and-a-half weeks in the womb – despite infinite complications and health issues including cerebral palsy, I was overcome with unconditional, true and unshakable love. Having an innocent little life to look after transformed me forever, opening my heart to love even as I doubted human nature. “Love.” That’s what the voice was whispering. Thus began my journey toward healing.

Yes, hate is powerful and contagious. But having ultimately broken free from its grips, I am convinced that each and every one of us is capable of doing the same, and we’re all capable of being good examples for our children. It’s just a matter of choosing to listen to the inner voice that questions whether a particular action or attitude is right. Whether it is humane. Trust that voice. Maybe you think of it as your inner consciousness. Maybe you think of it as God, or something else. Like with external differences, the name doesn’t matter. If you have a sense that something is wrong, it probably is.

Trust the voice, too, when it points you toward something that’s right. At first, when I heard my own inner voice tell me to adopt a child with brown skin, I was wary. What a crazy idea! Not because of race, but because I had not yet married my boyfriend. I was not independently financially capable or prepared in the least for this new layer of responsibility. Yet, once the seed was planted I could not shake the thought. It took several years, but eventually, after marrying my boyfriend, pursuing various routes to adoption and taking a foster parent training class, I had the incredible good luck of being called upon to care for, and ultimately adopt, a biracial newborn baby. The first day we met him, my husband and I walked into the nursery of the hospital and looked upon the most beautiful creature I had ever seen besides my older son. This tiny, six-pound, dark-haired, brown baby lay there in a bassinet and I was his mother instantly. Once again, the inner voice guiding me had proven right.

In today’s world, it has become so easy to speak and act thoughtlessly, with no regard for the impact on our children. But remember: children are like little sponges, soaking up all of our habits -- good and bad. It can also be hard to block out the noise, the rhetoric, the fear. But we can, and we can create a strong foundation of love and acceptance for our children. We just need to dig down and remind ourselves that there is no “us” or “them.” There is only an “all.” When we come into this world, we do so without prejudice, without hate, without preconceived notions.

Each of us has tools we can use and sources of strength we can draw on to remember this. Things that ground us, things that bring us back to the core of who we are. Mine is looking at my children. 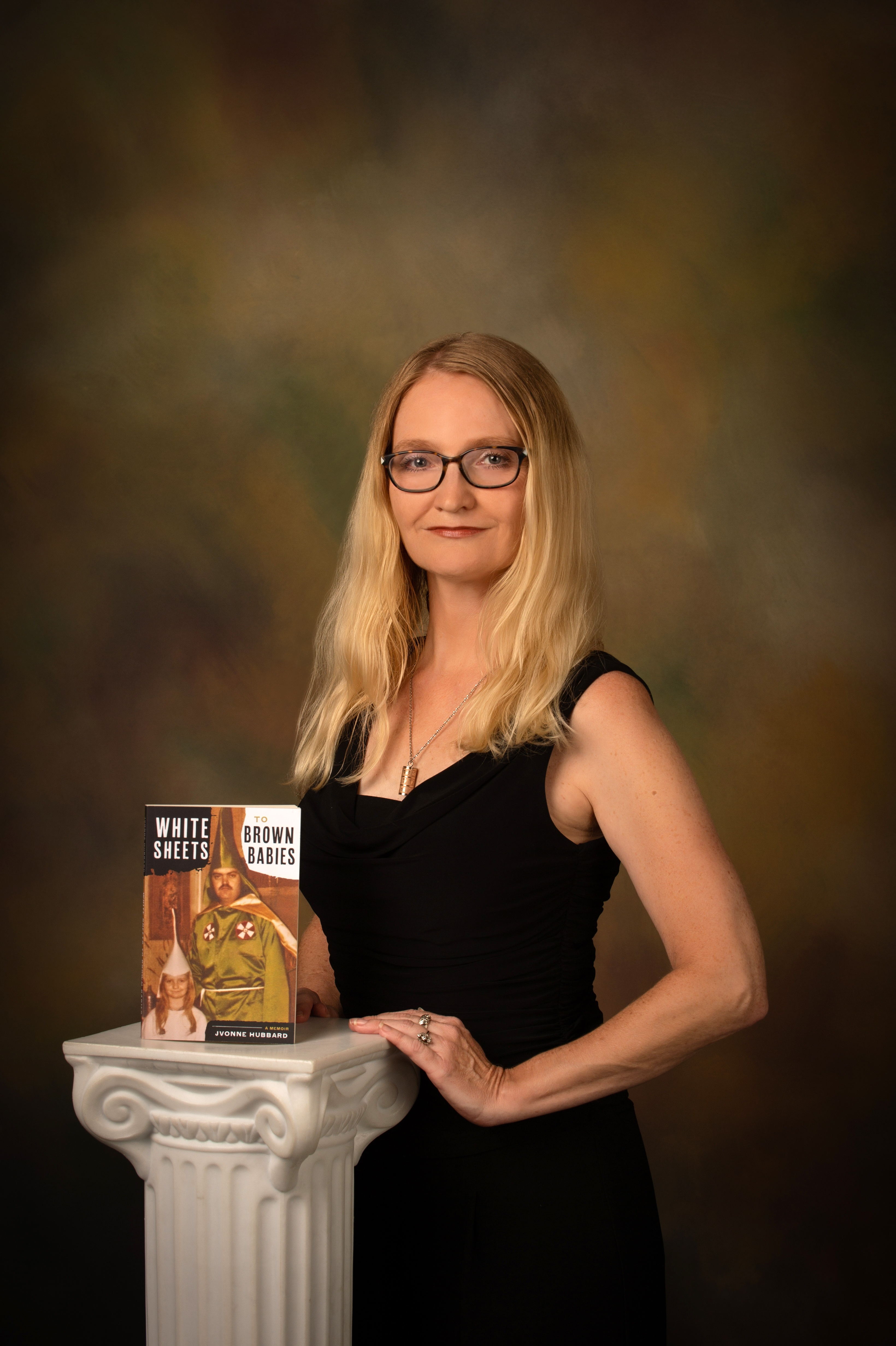 Jvonne Hubbard is the author of White Sheets To Brown Babies, a memoir of her journey which began with a father in the KKK. Mother to two special needs children, Jvonne currently lives with her husband in Tennessee where she works as an ACE certified Fitness Trainer, as well as an AHF certified Holistic Yoga Specialist.

The Power of a Word
Everything Changed after Having Kids Except the One Thing That Should…Until Now
There’s a Self-Bullying Epidemic Happening in Schools. Learn How to Identify and Cure It.
advertisement

The Power of a Word
Everything Changed after Having Kids Except the One Thing That Should…Until Now
There’s a Self-Bullying Epidemic Happening in Schools. Learn How to Identify and Cure It.