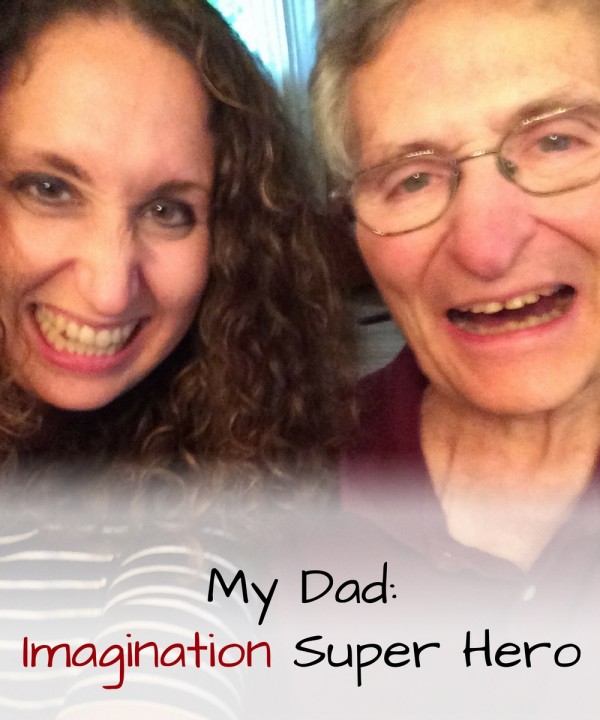 My dad was like a real-life Peter Pan-always laughing, joking, smiling, and filling hours with fun and imagination. To many, he was a service hero, an army veteran who was always there to lend a hand but to my sister and I, he was an Imagination Super Hero.

I distinctly remember when I first realized that there was something special about my dad and his imagination. I was probably around 4 years old. My parents were busy working in the guest room, cleaning out some stuff. I was supposed to be playing quietly in my room but I got bored and kept going back to the guest room bugging my poor mom—“I’m borrrrred. I’m soo borrred,” I would whine.

My mom would turn to me, remind me that I had a whole room of toys to play with and send me on my way. But it didn’t work, I kept going back, looking for attention and a playmate (this was before my sister had arrived).

Then finally after probably the 10th time, my mom turned to my dad and said with complete and utter exasperation “David! Will you please take Shana back to her room and show her how to use her imagination?! You’re like Super Man when it comes to imagination.”

And I remember thinking—“Imagination? It’s a super power? And my dad is the Super Man of Imagination? Well, I have an imagination! Maybe I can be good at it too.” And thus began my lifelong quest to be as imaginative as possible. I don’t think I even realized I was doing it, it just became a part of me, just as imagination was a part of my childhood—thanks to my dad. 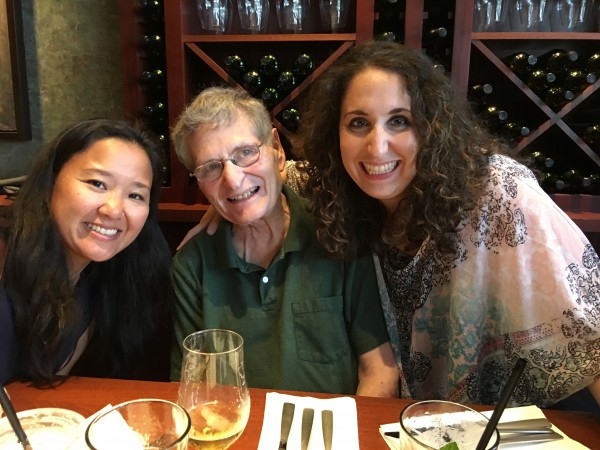 For my sister and I, our childhood was filled with magic.

Bowls of oatmeal weren’t just oatmeal—they were Sugar Loaf Mountain (which meant, my dad had piled a mountain of white sugar on our (previously healthy) home cooked oatmeal, much to our mother’s dismay).

And our car wasn’t just any old car-sometimes it had a mind of its own (like Herbie the Love Bug), and it would take us to mysterious faraway places for the day.

(The idea for “mystery trips” was actually a tradition handed down to my father from his father).

I think part of what contributed to my dad’s imagination was his ability to see the beauty and bright-side in any situation. When I was little, I was very afraid of thunderstorms. Once after a bad storm, the sky cleared and we saw a magnificent sunset. “It’s ok,” he said “that sunset means it’s going to be nice weather tomorrow. No more storms.” And then every time after that, whenever we’d see a pretty sunset, he’d say “Look Girls! Beautiful Sunset! It’s going to be a beautiful day tomorrow.”

As I grew up, I realized that my dad wasn’t just teaching us about the weather, but preparing us for life.

And when I got sick several years ago with breast cancer and was having a really rough time, I found myself looking to the sky in the evening for a beautiful sunset because I knew if there was a beautiful sunset, then tomorrow was going to be a beautiful day and everything would be ok…and it was.

This past April, my dad lost his long battle with lymphoma. But before he passed, I was able to tell him how thankful I was that he taught me how to be someone who lives with integrity, positive energy, silliness, and song and most importantly…IMAGINATION! 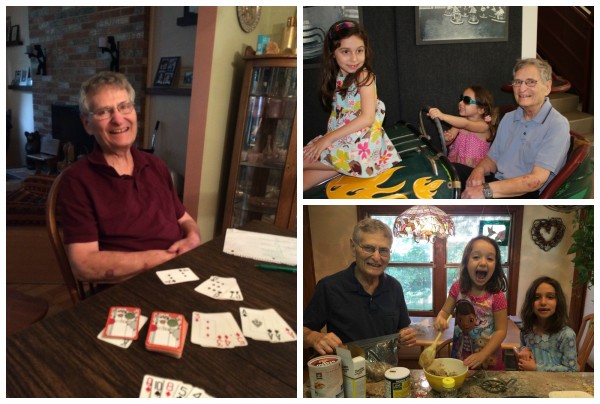 My daughters having fun with Pop Pop

Now, as a mom myself, I try to fill my daughters’ childhood with magic too. In our house, we have lots of fairies that come to visit.

We have the Sleeping Fairy, the Candy Fairy, The Tooth Fairy (of course), and the Coffee Fairy (Ok, I threw that one in just for me, but my girls do get a big kick out of seeing the coffee magically dispensing every morning at 6am before anyone’s up).

And we do mystery trips, of course too.

And we dance in the rain, and sing show tunes in our best (not ready for prime-time) Broadway voices in the car.

And most importantly, we look up at the sky and smile every time we see a beautiful sunset because we know as good or as bad as today was, tomorrow will be beautiful and full of imagination.