Published by jthreeNMe on August 3, 2021 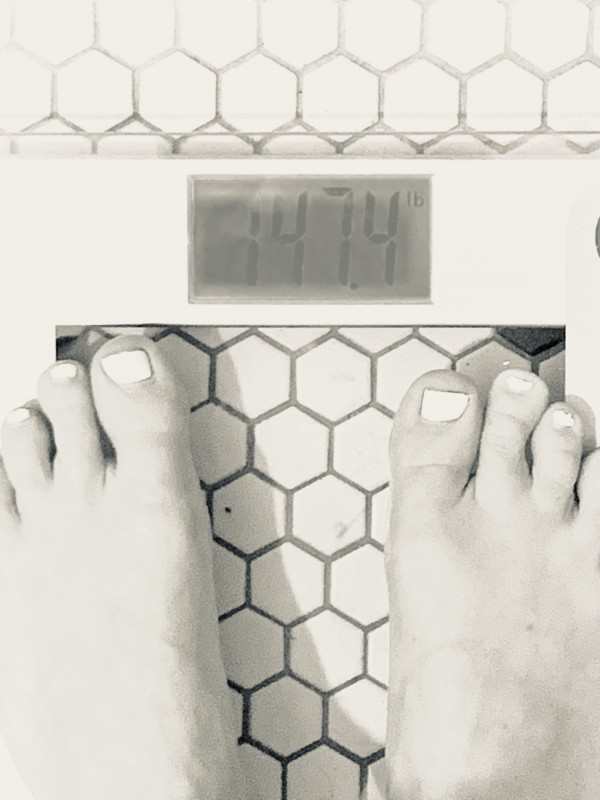 I put on 5lbs over the weekend.

Who gives a hoot?

And I shouldn't, either, but I do, and that's why I'm telling you so that I can hear just how ridiculous it sounds when someone complains about packing on a hand's worth of pounds, which in all reality, is just water weight that'll be gone by the week's end.

But ridiculous is precisely the opposite of how my body image-centered anxiety feels.

And, even more than that, it affects me and my mood and mindset, and ability to be present and grateful.

So as absurd as it is for a woman or anyone to stress over gaining five, ten, fifteen, twenty, or more pounds to the woman undesirably procuring 'em, it feels hella' serious.

Serious because I've got a goal to look healthy.

I've got a goal to feel healthy.

And I've got a goal to be all-around healthy.

BUT healthy and realistic thoughts about food, my intake of it, and whether not such tips my scale in one direction or another is just as important as the food going into my mouth.

Body image is a hard thing to come to peace with, and if I told you I've achieved such, it'd be a load of malarky.

147 pounds tells you not a DAMN thing about me, except that I'm 147 pounds of good person.

A person I like, when I remember that I know me beyond the bathroom scale.

I see all that I do and all that I am, and if all anyone else sees is 147 lbs of jelly jiggle, loose skin, and cellulite, well, then they need glasses that can bring into focus all that I am rather than all that I'm not.

I don't know if you ever feel the same way.

If you ever lose your mind because the number on the scale reads anything other than "FREAKIN' BEAUTIFUL,"

but I do. And I don't wanna anymore.

the adoption of a better, more body-positive attitude,

and probably a block of cheese.

I ALWAYS DESERVE A BLOCK OF CHEESE.

The Scale ... And Our Love/Hate Relationship
I gained more than weight over the holidays
Is motherhood making you FAT?
advertisement

The Scale ... And Our Love/Hate Relationship
I gained more than weight over the holidays
Is motherhood making you FAT?