Mothering daughters is so much more complex than sparkles, shopping sprees, and princesses.

Published by Danielle Sherman-Lazar on January 19, 2020

Mothering daughters is so much more than sparkles, shopping sprees, and princesses.

It’s so much deeper.

It’s being in awe of how strong her personality is, and if it isn’t, it’s giving her the tools to build confidence to become strong, so she's never afraid to use her voice to stand up for herself and others. 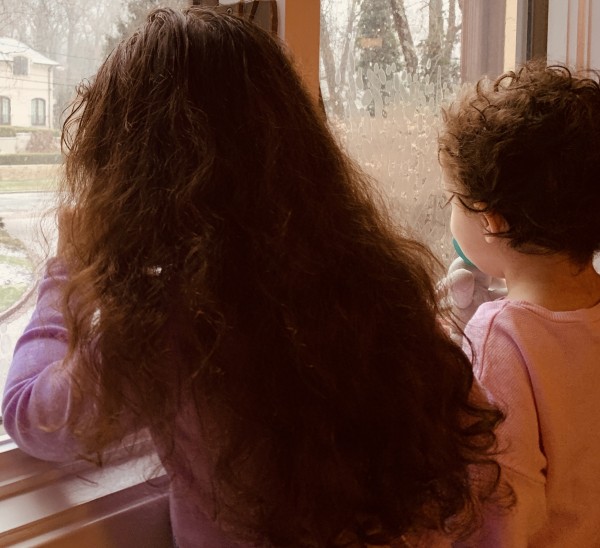 It’s watching her nurture her siblings. It’s seeing yourself in her, as she tries to replicate your warmth while also using her own instincts. It’s watching pretend play consist of making a sick baby doll soup or rocking a crying baby doll to sleep. It’s receiving a hug when you’re feeling sad without having to ask for it because she considers your feelings---so you can only hope that’s a sign she won’t contribute to mean girl culture.

It's a lot of tears because there are so many emotions. They don't always make sense too. But it's learning to sympathize with how she feels and letting her have that cry no matter how silly we may think those tears are.

It’s being aware of the pressures society puts on women and making sure we don’t perpetuate them. It’s not talking about our body insecurities in front of her. It’s never commenting on her size. It’s letting her know that her worth is in who she is and what she does, not her physical appearance.

It’s letting her know that mental health matters above all else. It’s keeping an open dialogue with her about your own struggles to show her how you take care of yourself, so she emulates you. It’s showing her there’s no shame in asking for help because no one’s perfect---It’s actually the brave thing to do.

Even though we’re the ones raising them, our girls continuously remind us of what’s important in this world—

like to laugh at the little things that often hold us captive on the carousel of overthinking.

Our girls help us off by just being them because it doesn't matter what the PTA President thinks of us—just what she and her siblings think.

Mothering daughters is so much more than sparkles, shopping sprees, and princesses-- and we should hate when people reduce them to these surface items.

Our girls make us look inward—

And because of our daughters, we’re much better women.

Girl Moms Need A lot of Strength
May the Force of Music be with your family during this quarantine!
Here's Why I'm Teaching My Kids Toys Are Not Gendered
advertisement

Girl Moms Need A lot of Strength
May the Force of Music be with your family during this quarantine!
Here's Why I'm Teaching My Kids Toys Are Not Gendered