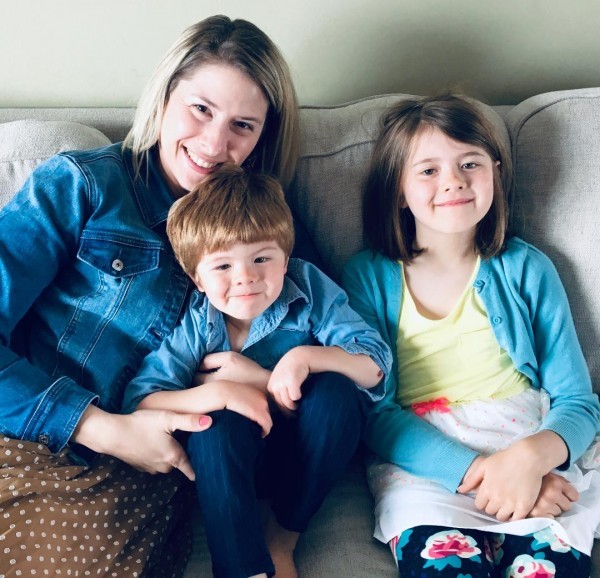 But here we are. Isolation is nothing new for moms, perhaps especially for at-home moms. But we've reached record levels of mom isolation.

I've been an at-home mom for 9 years, and yes, much of it has felt pretty isolating. That's not a complaint, but a reality.

The majority of this time has been spent far away from family — with no opportunity to “just drop the kids off with grandma” for a bit.

At times, support in the midst of the isolation has been found in a mom's group or playdates with other moms.

I've often considered my village to be those providing childcare at the gym, allowing me time to sweat out the many emotions that come with caring for young children every hour, every day.

Sometimes, support has been found through various classes offered at rec centers, offering me a little room to breathe while the kids participate in an activity led by another capable adult.nTrips to the library have sometimes provided us an escape on a hard day. A reset, with space to dream, imagine, and travel to another life for an hour or so.

Other times, relief has been found in the ability to let the kids run free at a park or practice acrobatics on the playground—where whining turns to laughter and nature provides a healing balm to the days that sting the most.

And sometimes, a trip to Target or the grocery store, even with kids in tow, has provided a sense of relief. Sometimes a change of scenery, location, or pace is all it takes to break up the hours of monotony. Just a smile from another shopper or a quick chat with a cashier can help stave off loneliness.

More recently, after moving near grandparents, I've found support in their willingness to act as a babysitter from time to time, while I run errands or attend appointments.

But suddenly, none of this is possible.

We can't see friends or family. Playdates are non-existent. Group activity is forbidden. Doors to libraries and schools are locked tight. Playgrounds are off limits. Recreational activities are cancelled. Gyms are closed. We've even been told to keep our kids out of stores.

Suddenly, there is no help, no support, no relief for at-home moms, which is most of us right now.

The constant drone of children's needs and desires—the non-stop care—is no longer being shouldered by anyone or anything else. Ever. Their attention is now ALWAYS on Mom. And it's overwhelming and exhausting.

Hear me loud and clear when I repeat that this isn't a complaint. This life I have is an extraordinary gift.

I prayed for these children. I shed tears over them. My oldest is the sunshine that arrived before the storm. And my youngest? I wasn't sure he would ever come into existence. So, yes, I am grateful for them.

But gratitude doesn't make motherhood easier. It doesn't take away the hard. It doesn't provide a release from the isolation or the days that are primarily spent alone without physical or emotional support.

I said it before and I'll say it again. Motherhood wasn't meant to be done alone.

But right now, most of us are.

Yes, I have a husband who is both a helper and involved father, but he doesn't carry the same weight as me. He is not parenting all day. Even when he is available, the kids still come to me first. Which may be a privilege, but it's incredibly taxing.

For many moms, the support of a helpful husband or involved father is non-existent, making the chasm of isolation even greater.

I'm grateful and privileged to have my children safe at home with me all day, every day. Certainly, things could be worse. But that doesn't mean it's easy. That doesn't mean I don't need a break. That doesn't mean a little outside help wouldn't be good for all of us. Honestly, we ALL could use a break from each other right now.

So when you hear a mom say how hard her day was, how exhausted she is from caring for her children—and everything else—listen. Let her speak because there's a good chance she's lonely and tired and you might be the first adult she's actually talked to in days.

And then give her a little grace.

We tell our children to use helping words, not hurting words. We tell them to be kind, to lift people up rather than bring them down.

Maybe we can do the same for moms. Even on the days when, surely, it could be worse.

How to Avoiding "Bonking" in the Marathon of Motherhood
Stop “Shoulding” Yourself: There’s No Such Thing as a Perfect Mother
Mom Tribes...Party of 1???
advertisement

How to Avoiding "Bonking" in the Marathon of Motherhood
Stop “Shoulding” Yourself: There’s No Such Thing as a Perfect Mother
Mom Tribes...Party of 1???