Moms, Say Yes to Spontaneity: A Lesson from the Stanley Cup Finals 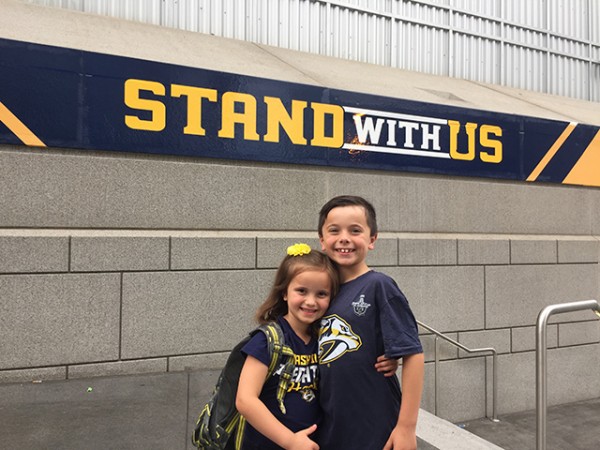 I'm not a spontaneous mom.

Honestly, I'm not a spontaneous person. I live and die by my planner and my to-do lists.

Life is busy, and if it isn't on paper, it generally doesn't happen.

But last week, I was spontaneous with my kids, and it was a night we will never forget. The simple act of doing something unplanned profoundly impacted me.

You see, our city's hockey team, the Nashville Predators, is playing in the Stanley Cup Finals. Nashville is on fire with excitement. Music City has become Hockey City and is covered is gold and navy. Our mayor even said that we can show up late to work.Currently the series is tied 2-2 after another big win Monday night! 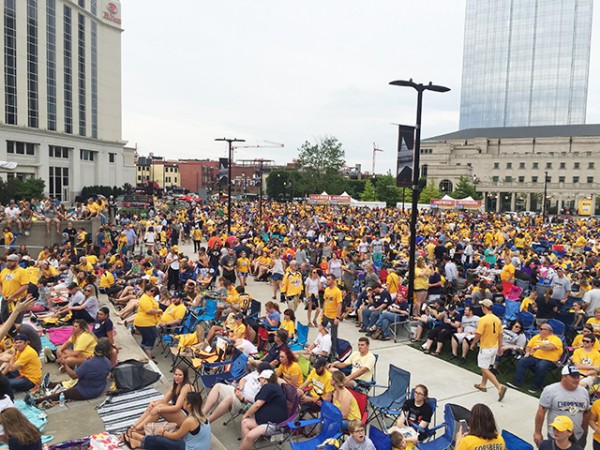 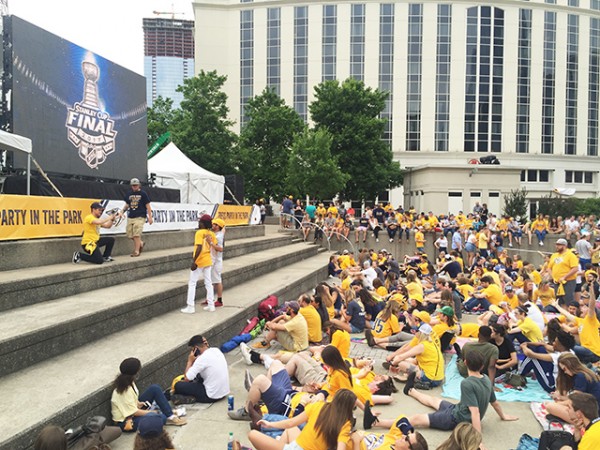 With every game, downtown Nashville converts into one big party, with big screens to view the game and cheer on our team. It's magical.

My eldest son, Elias, became a big Preds fan this year and his fandom has spread throughout our home. Last week, he asked if we could go downtown to watch the first game in the Stanley Cup Finals.

Normally, I would have been quick to say no. I had worked all day and was looking forward to an evening at home. I didn't know what the crowds and traffic would be like and if would be a good environment to take an 8-year-old. 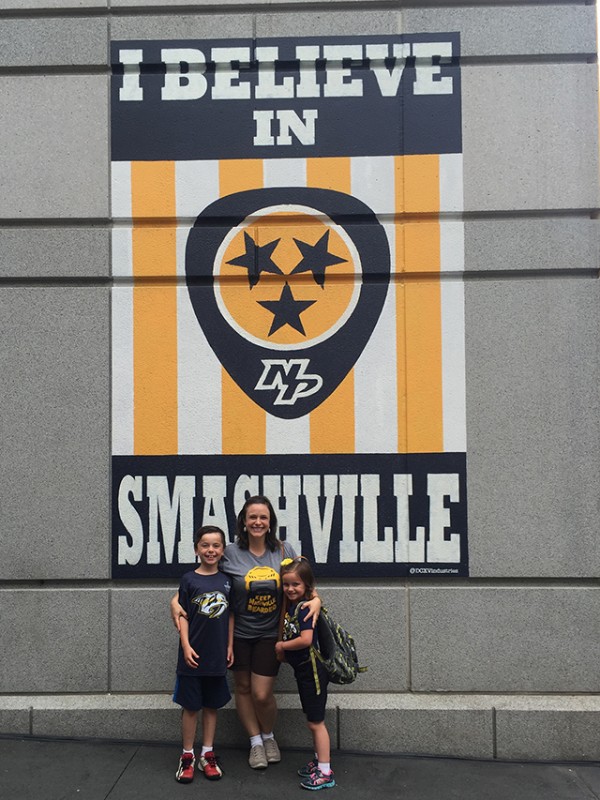 But after talking with a few friends and my husband, I decided to throw logic to the wind and thought why not. The Stanley Cup Finals don't happen every year, and I knew it would potentially be one of those childhood memories the kids would always have. I gave our younger daughter the option to come too and she happily joined us. 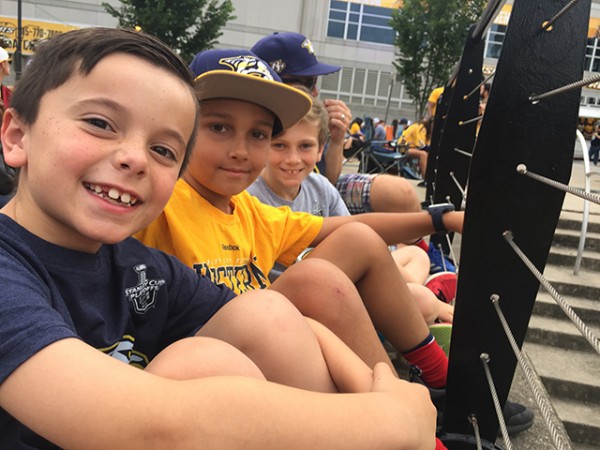 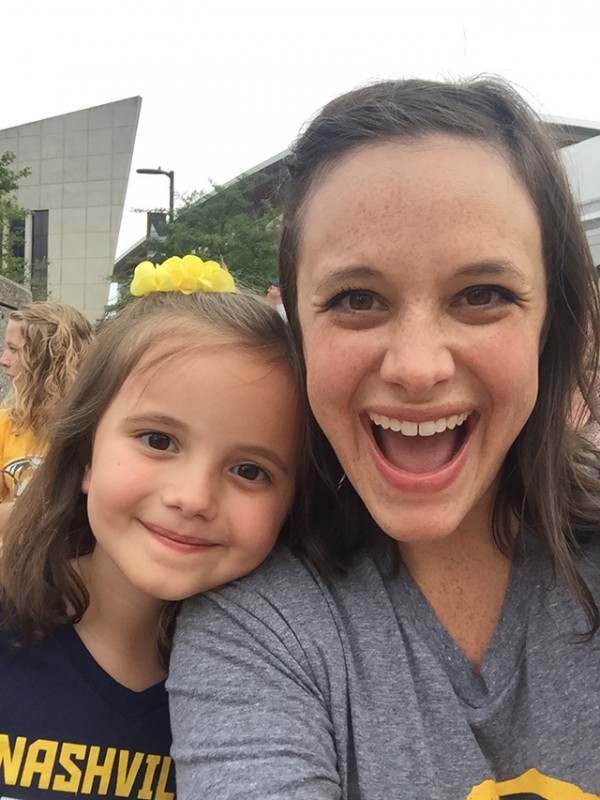 We got downtown about an hour and a half before the game, and I immediately knew we made the right decision. There were thousands of people and everyone was so excited. The music was upbeat, just like the fans in anticipation of the game. We met some friends who also were downtown, which added to our fun. 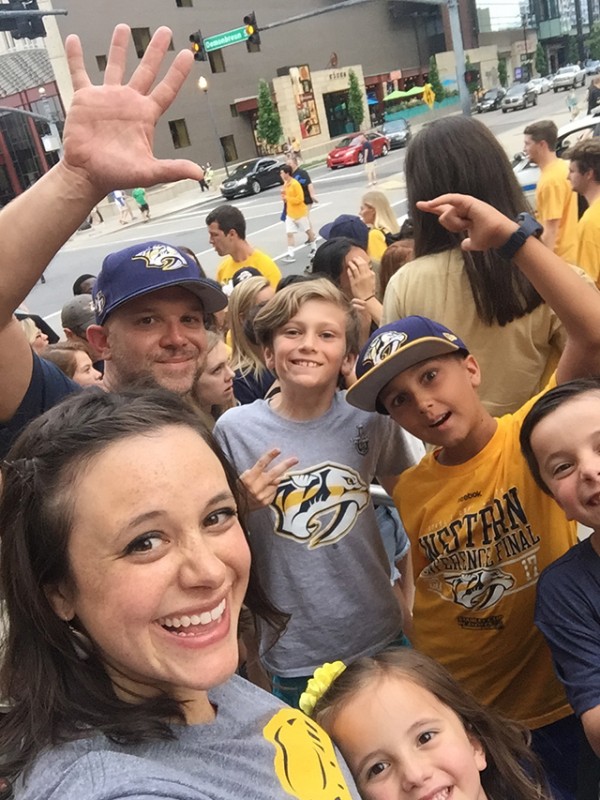 The experience was magical. I had the kids pose for a few photos and said, "this is something you will remember for the rest of your lives. You just don't realize it now."

When we got home, I surprised them with commemorative pucks. I hope they will keep them always. Maybe someday they'll tell their kids about the time their hometown team was in the Stanley Cup Finals and they went downtown to watch the game with their mama. 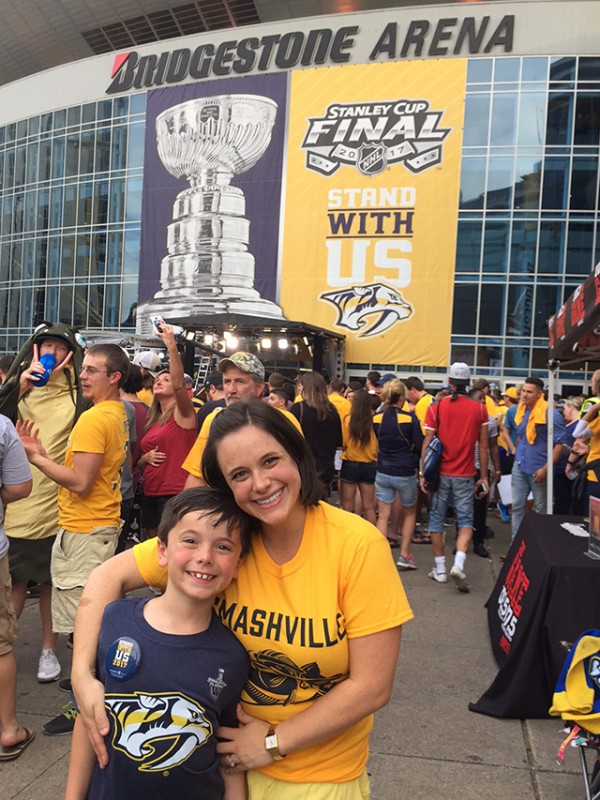 Since then, Elias and I volunteered to pass out goodies for game three, and we have watched every game together as a family. We truly have been bitten by the hockey bug.

A year ago, I don't think I could have told you what sport the Stanley Cup Finals were for, but now, man, I am a forever hockey lover. I think that spontaneous Monday night help spark my newfound fandom.

And it's made me think, in what other ways could my life be impacted with a little spontaneity? I've decided I want to live a bit more open-handed and ready for those making unexpected memories.

Are you often spontaneous with your kids? Why or why not?

This post originally was published on The Mom Creative.

"What's going on today?" Let them know with this simple visual reminder.
What I Learned When I Said no to the Stanley Cup
Your T-Baller Needs a Sports Agent
advertisement

"What's going on today?" Let them know with this simple visual reminder.
What I Learned When I Said no to the Stanley Cup
Your T-Baller Needs a Sports Agent