Every Mom who has heard these four words knows that what is going to follow next is likely going to be a serious and possibly difficult message that one of your children needs to deliver. These words are meant to be a warning, a chance for you to brace yourself because something big is about to be said. So when my son walked into my bedroom when he took a break from studying for finals his junior year in high school, I knew he needed my full attention.

“Absolutely” I said – not having the slightest clue what was coming next. He sat down. I sat down. Then he said this…“Mom, there’s something I need to tell you. For the past year or so I’ve been depressed, seriously depressed. Recently, I’ve been talking to Ms ___ at school (a teacher he and I both adored), and she’s been encouraging me to talk to you and Dad. In fact, today she insisted. She said you would both listen, and you were the only ones who could get me the help I need - and I need help.”

I’ll be honest – this was not what I was expecting. “I’m struggling with studying for this final”, “I’m worried about what I’ll do all summer so I’m not bored”, “I’m exhausted from everything I’ve got going on”, “I’m stressed about senior year and getting into college” – any of these I might have seen coming.

I know what adult depression looks like – can’t get out of bed, no longer enjoying favorite activities or friends, sad, angry, and lethargic. None of this behavior described my son in the least. I work from a home office that is directly across the hall from his room where he studies and hangs out every afternoon. I could literally hear him laughing out loud at a funny video he was watching - daily. I saw him interacting with friends, playing sports, involved in theater, getting up each morning bright and early ready to go. A million things when through my mind – I wanted to blurt out “You’re not depressed, I hear you laughing. You’re not withdrawn – we talk and laugh all the time. You get up every day and seem great.”

What I didn’t know in that moment was that teenage depression shows itself differently – it can manifest as numbness, apathy, no feeling at all for anything, a darkness they don’t understand – even if outwardly they seem okay. What I did know in that moment was that he was serious and this conversation was very difficult for him. My husband was coaching a lacrosse game and was not home so how this was handled was up to me, and I knew the stakes were high.

In the back of mind I was also thinking about the friend whose child committed suicide. An “All American boy” in his first year at college. A boy who loved school and his friends and was very close to his parents. In fact, his parents were in town - where he was in college – for a wedding. A wedding he was planning to attend. A wedding where he promised his Mom the first dance. They’d spoken to him hours before he killed himself. He was upbeat and happy and was asking his Mom if she brought the cuff links he needed for his tux shirt – she had. They talked about meeting the next day so the whole family could go to the wedding together. They were absolutely shocked to learn just a few hours later he took his own life. Knowing this boy and his family and having two boys of my own, this haunted me.

His father speaks at colleges now – he bravely shares their story to help others understand what they’ve learned about depression, anxiety and suicide in young adults. They have set up suicide hotlines and they are saving lives, and I took notice of everything they shared. We’d talked with both of our sons about what happened to this family and asked if they ever felt depressed. At that time, they both said “no.” I realized sitting there that night when my son asked “Mom, can we talk?” that it was quite possible that my “happy go lucky” son was feeling much different inside.

I knew that how I responded was critical so I chose my words very carefully – “I’m so sorry you’re going through this, but I am so very glad that you told me. Thank you so much for trusting me. I promise that Dad and I will help you – you are not alone. Please, tell me what’s going on. What are you feeling; why are you depressed?” Was it exactly right – I don’t know but it was the best I could come up with at the time and it seemed to be what he needed to hear.

What followed was the two of us sitting there while he shared everything. I’m telling you – I thought I knew him inside and out. He was so open with us and we spent a lot of time together – I really thought I would know if something this serious was wrong with him but I didn’t. He’d hidden it from us very well, whether intentionally or not, so I was blindsided.

That night, he was so clear and articulate about how he felt, what he was going through, and he asked for help. We talked about options – I knew a wonderful therapist who would see him – he could decide if she was a good fit for him or not (thankfully she was), we agreed I’d make an appointment for him to see his primary care doctor to determine if medication was needed, and I asked him if I could reach out to his teacher to thank her for supporting him and guiding him to talk to us. I assured him we would be here for him. We would do whatever it took to get him the help he needed. I told him it could take a few tries to find the right resources but we’d all do it together – this was no longer a secret he had to keep inside. He was so visibly relieved it was like a huge weight had been lifted off of his shoulders.

When his Dad got home our son filled him in, and we all talked about our plans. Over the next few months we met with experts; I did endless research learning everything I could; we talked (it was hard not to check in every few hours asking “Are you okay? How do you feel?” I needed to know but I didn’t want him to withdraw). He wasn’t suicidal but my friend’s son was in my mind, and I didn’t want to miss any signs.

We talked honestly about how he was doing and we talked about his treatment. We made changes until he was on the right course of action. It took time but slowly things got better. There were many times I cried – I cried thinking about how long he’d suffered alone. I cried wondering how I couldn’t have known. I cried imagining what could have happened if he hadn’t told us and hadn’t asked for help. I cried so grateful for his teacher – that he went to her and that she was supportive and insisted that he tell us. As she said to me – “I told him I could listen, and I could understand but I couldn’t get him help. I told him I knew you would listen to him and you would do anything to help.” She will always hold a special place in our hearts.

He’s in college now – at orientation all the freshman did an exercise called Dear World – every person tells their story in a few short words written in black marker on their bodies. They are paired up and they help each other do the writing while sharing the story behind the words. Then they have a professional photo taken to capture the moment.

Our son sent us his photo without telling us what he wrote – in the photo he has his left arm out to the side and in bold letters is written “I CAN FEEL THE DAYLIGHT” and on his open hand the word “AGAIN”.

So powerful – so brave. When I saw it I cried – I cried because of how far he’s come and because he’s openly and willingly telling his story to others. He said he hoped that by talking about what he went through someone else would be helped. He was thrilled when I asked him if I could share his story. I told him I thought it could help other parents who might not know that their kids are suffering. He immediately said “I would love it if you wrote about it. I absolutely agree it could be great.”

Here’s what we’ve learned – talk openly about depression and anxiety; share your experiences and encourage them to share theirs; listen for verbal clues and watch for signs of struggle; ask them what they do to relieve stress and tell them repeatedly that you are there to help if they need you.

And please, tell them my son’s story and ask if they’ve ever felt this way – numb, like nothing matters, like there is just a darkness around them. The research we’ve read shows that talking about depression and anxiety won’t make them manifest in your child. Talking about them brings it out into the open and puts words to their feelings – the first step to getting help. 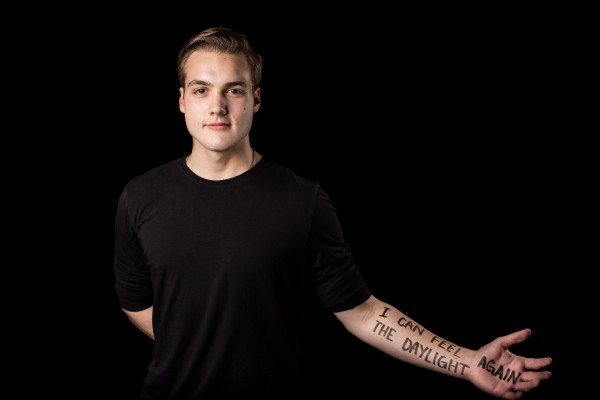 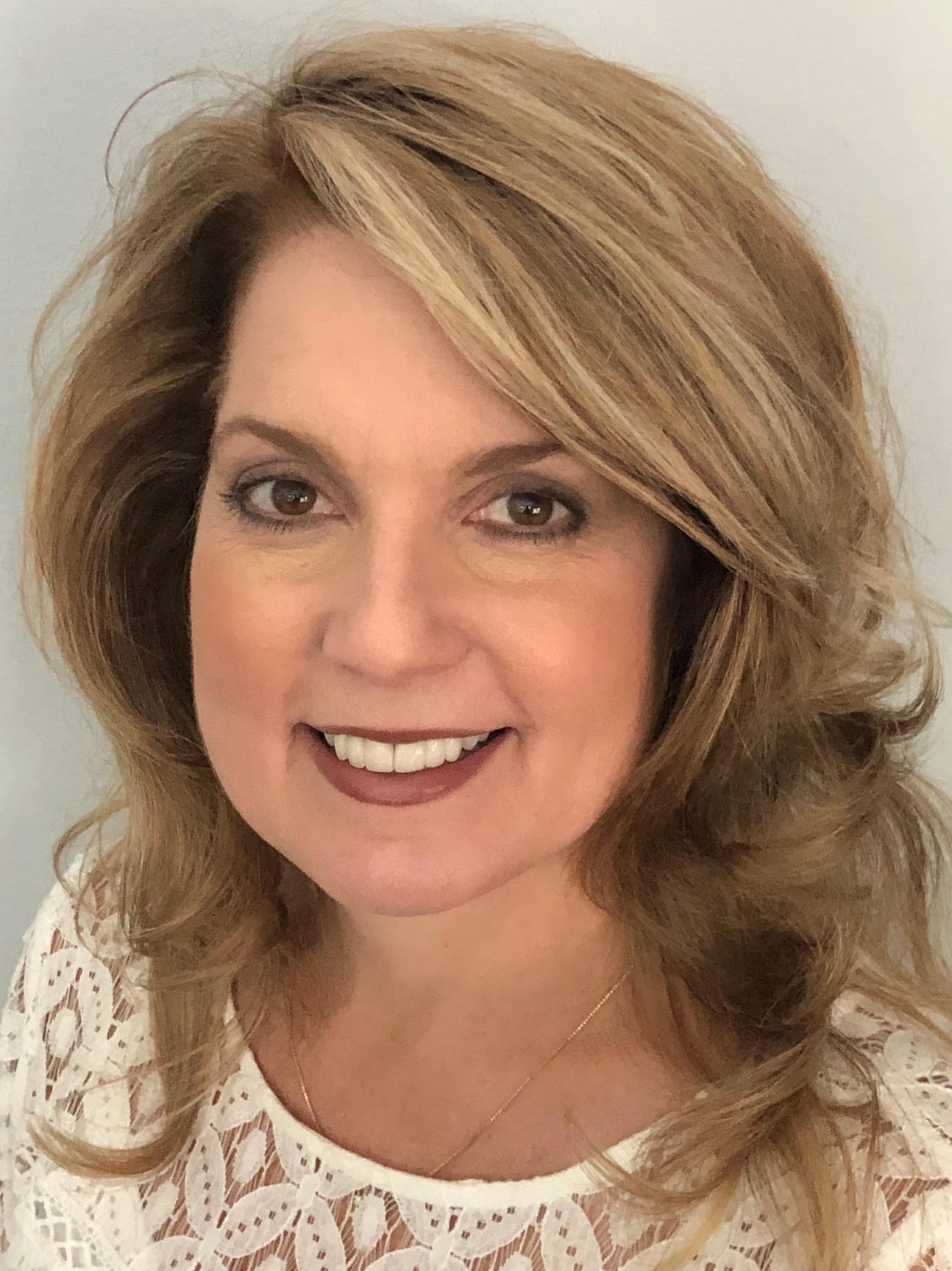 Tracy Hargen is a Southern girl born and bred but did a stint in NY and NJ after meeting her Yankee husband! With their two sons out of the house, they are now empty nesters. Still at home are their beloved pups Layla, a gigantic Harlequin Great Dane and Otis a tiny black and white Chinese Crested who find it hilarious to run through her office when she’s on an important client call! Tracy has worked in Corporate America for over 30 years, but her passions are writing and removing the shame and stigma around mental health issues. She’d love to work with young women - teaching them about the value of self-worth and the payoff of “going for it!” Look for her work on GrownandFlown.com, The Mighty.com, LoveWhatMatters.com and in the books You Do You!, and Grown and Flown: How To Support Your Teen, Stay Close As A Family and Raise Independent Adults. You can find her on Twitter @t_hargen.