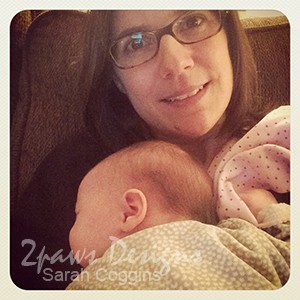 Sarah is a craft & DIY obsessed SAHM to 2 living in NC. She writes on her blog (2pawsdesigns.com) and is also a contributor at Mom in the Triangle and Daily Mom.

Reasons You Need a Bigger Bed When You Have Kids
Consistency is Key
Moms, why do we forget how exhausting the newborn phase can be?
advertisement

Reasons You Need a Bigger Bed When You Have Kids
Consistency is Key
Moms, why do we forget how exhausting the newborn phase can be?