Hi, I’m Sara. I suffer from Birthday Party Stress Syndrome. I think it’s a condition closely related to something that runs in my family called Airport Stress Syndrome. But it is appears annually and has a longer period of intense symptom onset.

In its most acute form, Airport Stress Syndrome (or ASS as it’s known in the extended family, because.. well.. ) impacts the sufferer for a day, maybe two and can be contagious or cause related symptoms in those traveling with you. I’ll give you an example: If my father had a flight to catch on a Tuesday morning at 11, he’d be worried the night before about getting up in time. He’d probably order a car for 7 am and then push it back to 6:30 and bug everyone in the family about being packed. His first cousin’s children won’t even talk to her about travel any more. They either just make all the arrangements for her or cut her off and won’t talk about it. Sounds bad, huh?

I think BPSS is worse. I recognize it’s self-inflicted. I just can’t help myself. I know.. pizza, cake, movie.. and out.. would be fine.

I just can’t seem to make that happen.

And I’m not talking about my own celebrations.. I’m talking as a Mom about my child’s birthday parties for which I chronically bite off more than I care to chew… 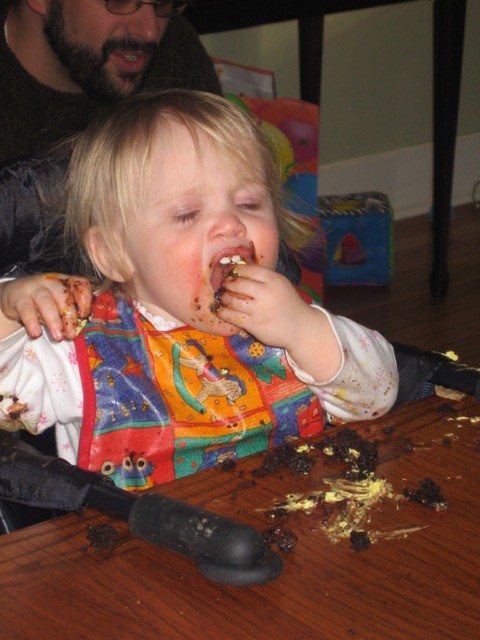 My daughter’s first birthday was, of course, as in any family, highly anticipated. Another mom I had met at a new mom’s lunch and had become a great friend over that interminable, exciting, bewildering first year offered to host a combined party for our kids. She had a larger apartment and is the most fabulous baker.. so I said, Sure! It went really well.. we got the perfect cake in the face shot and everything. I changed the messiest diaper ever and changed my daughter’s outfit at least once.. maybe twice and bought all the goodies and balloons, etc. Phew, that was over. Stress factor maybe a 3 on a scale of 10. Not so bad. 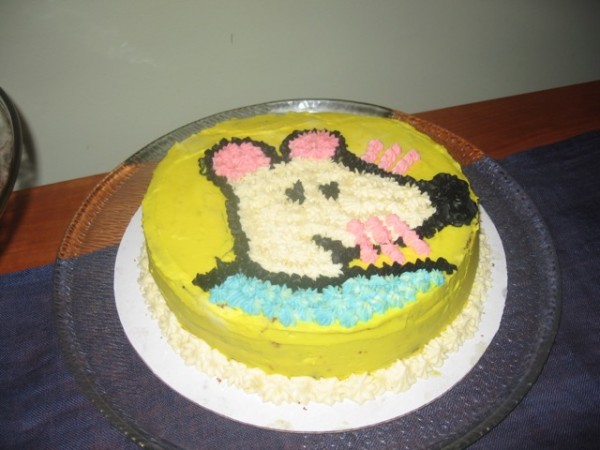 The second birthday went pretty much the same way.. at the same amazing friend’s house.. she made Isabelle a fabulous Maisy cake. Fun was had by all.

Then, I discovered I suffered from BPSS. Isabelle was turning three. I started stressing out a month before. We were having it at home. Friends from our playgroup, friend from pre-k. We needed a theme, we needed an activity, I needed to bake something. We needed a bigger apartment. I needed to spend hours at Michael’s. We did a pajama party. We decorated pancakes… new mom, rookie mistake.. who serves pancakes and whipped cream followed by cake?

One year, Isabelle wanted a moon and stars theme. Back to Michael’s.. hours walking up and down the aisles. Not as easy as you’d think. The 99 cent stores in the neighborhood were helpful, too. I discovered the mail-order goody-bag catalogs (which served as hours of entertainment for years to come..) and spent a lot of time pouring over options and cutting out moons to decorate.

One year, she wanted a puppy theme. I went crazy looking for dog bone shaped cookie cutters.. made pb&j sandwiches and then used the cookie cutters on them. I made hot DOGS (get it?) I made puppy paw print cupcakes. I got paw print balloons and table cloths. 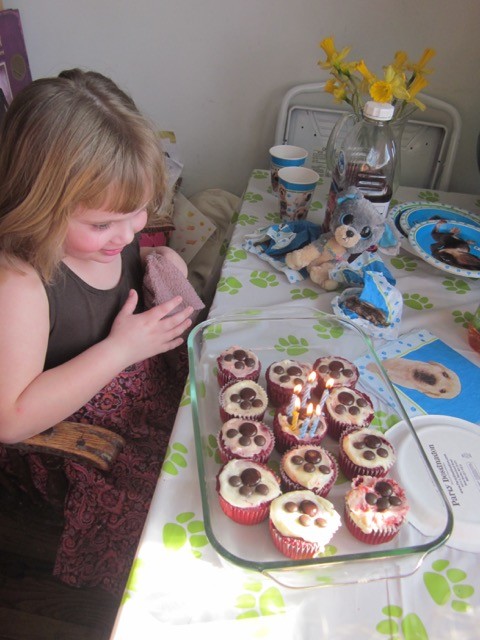 Then, she got a little older, we had a slumber party. Five girls, a bed and two air mattresses.. we went to a painting studio, came home for a movie and cake and lots of giggling. There wasn’t a lot of sleeping but a lot of fun was had by all. I think the stuffed animals ended up in every corner of the apartment.

This year, Isabelle turned 10. She wanted the same party as last year but she’d changed schools so that meant more girls to invite. So now I’m stressing about having seven girls.. plus the birthday girl.. on the same two air mattresses and one twin bed. 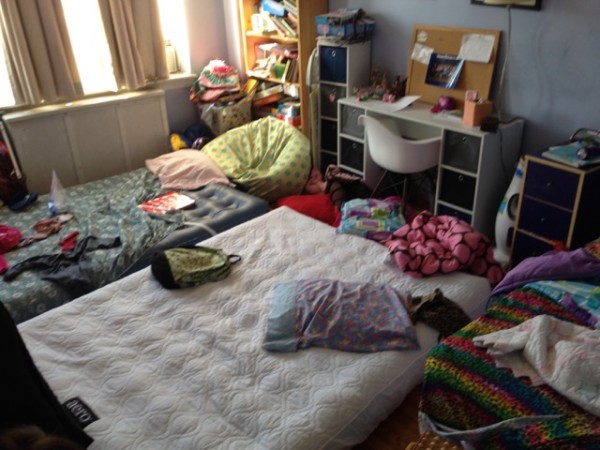 I ordered the cake ahead and picked up a day in advance. I fielded emails from the parents. Oh, I have to buy a gift… 1 am on Amazon, point, click, done! I need paper plates, I need to make sure the pizza place we like is still open and I have the number.. I have to download the Minions movie.. oh and make lunch, make sure there’s dinner in the fridge, go to work, organize the painting studio part of it (and worry about how to get eight girls, eight paintings, seven sleeping and overnight bags back to my house afterwards… we’re in NYC.. hello car service? Ca-chiinnggg!)

Lots of logistics, little sleep.. but why am I so stressed out?

Is it that I just want her to have a good time? (I don’t even remember most of my birthday parties from my childhood.. ) Am I afraid of feeling judged by other parents (we’ve going to some nice parties over the years in pretty party rooms or the American Girl tea room.. ) I am not Martha Stewart. No one is judging me (I don’t think.) The pressure is entirely self-imposed. My daughter is great. She is generally enthusiastic about everything. If I’d told her we’ll take two friends to dinner and a movie, I probably could have sold it to her. I think it may be my need to go bigger and bolder and not say no.

Well, after some drama and two kids deciding to go home before the sleepover part.. I’m on record: No. Next year, it’s pared down, it’s less expensive, it’s fewer friends and more fun for all. I’m hoping for less drama and more sleep.. but she is turning 11.. so that may be a pipe dream. Or it could be a piece of cake. 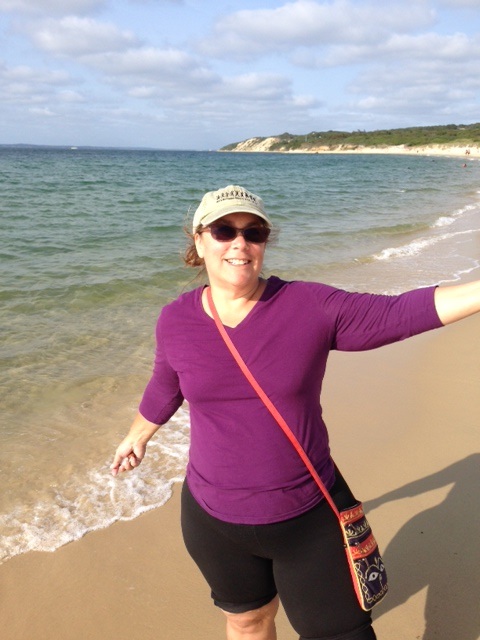 We Thought We Were So Lucky
10 Tips for Making Your Child's December Birthday Party Special
Birthday Party? No Thanks, Mom!
advertisement

We Thought We Were So Lucky
10 Tips for Making Your Child's December Birthday Party Special
Birthday Party? No Thanks, Mom!