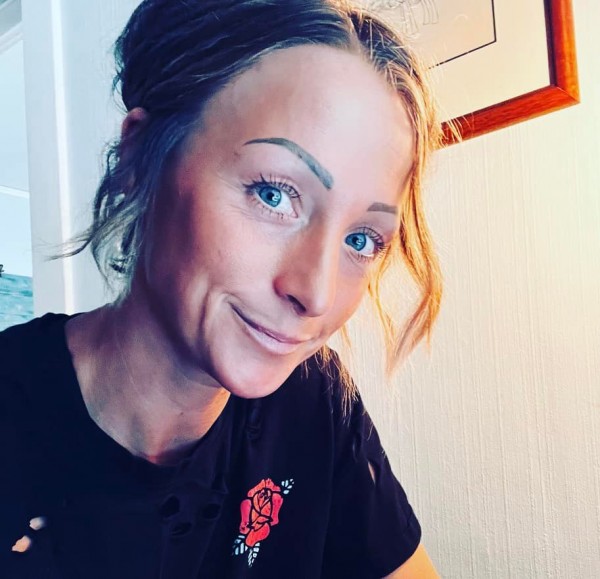 I hit 1.65 million readers today on my author page for NBCUniversal’s TODAY Parents.

That’s a big deal…to me.

Because I remember when I had less than 100 readers.

Then I set a goal to hit 500k. It took forfreakin’ever.

Then I set a goal for a mil.

Then I hit that and I set a new goal.

And I keep hitting my goals,

and I’m really hella proud of myself for that,

and I should be.

But there’s this misconception about people who are

“all their dreams are coming true”

and “they are just ‘nailing it’ and super successful.”

I hate to break it to you,

but I do believe in authenticity and transparency and so here’s some other truths about your dear friend here who has 1.65 million readers:

- I don’t make money from writing.

- I wrote three books and I’ve only made $600 from them which puts me still out about
5.5k from having produced them.

- I did my first author event and sold four books. Three of the buyers I knew.

- I’m parenting/mommy/marriage blogger who still gets a lot of parenting and mommying and marriage wrong.

- I would love to be on TV or on the radio, but between my lack of experience in either of those arenas and the generalized anxiety I carry around with me, I probably never will be.

And that I’d probably never be able to garner 100 readers and here I am sitting at 1.65mil on just one of the platforms I contribute to.

So here’s the thing about goals…

They are great to set, and really freakin' fun to achieve, but they aren’t the “top of the hill,” and they never will be, because most people will always find more to set for themselves.

And here’s the thing about “probablys”

were more than probably going to be okay

and realize that we are enough,

just as we be.

Maybe I’m not meant to be a NY Times Bestseller or on tv or on the radio.

I’m meant to be woman who

tells stories on the internet

and tries my best to be a good person and love my family and friends well.

— Never associate your worth with your output. It’s your input that takes the cake and deserves it too.

Summer: Life Skills Learning Time
Spring Break Fever: How to Incorporate Reading and Books Into A Week Off
What I Wish I Had Known: It's Okay to Let Dad be Right
advertisement

Summer: Life Skills Learning Time
Spring Break Fever: How to Incorporate Reading and Books Into A Week Off
What I Wish I Had Known: It's Okay to Let Dad be Right