Mama, we need to stop putting ourselves down

Published by Danielle Sherman-Lazar on November 25, 2019 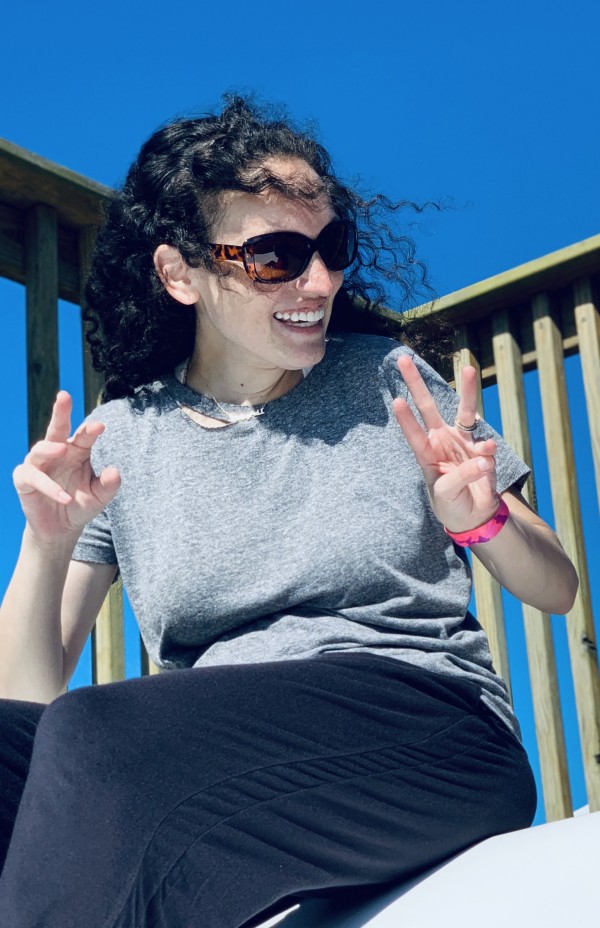 “You’d think I’d be skinnier from running after him all day.”

I didn’t hear the red-haired mom picking up her son who was crawling away, say those words—but the universe and my mom did.

I was in a music class with my three littles and mom, and the beat of the music was loudly pulsating through my body, combined with the lack of sleep that comes with littles—there were so many reasons that kept me from hearing her putdown.

So, I smiled and feigned laughter like I often do when I miss what someone says and don’t want to ask them to repeat.

My mom tapped my shoulder, “Did you hear what she said?” which she already knew the answer to, considering my awkward reply.

“You’d think I’d be skinnier from running after him all day.” She said directly in my ear so that I wouldn't miss it.

My face turned bright red, the kind of embarrassment that's soul-deep. I felt so bad. I unknowingly agreed with her that she should be skinnier.

That she wasn’t enough.

That she needed improvement.

That her body as a mom was too big.

Me, being the overly sensitive person I am, marched right up to her to set things straight.

But Imagine how she would have felt if I didn’t?

If my mom wasn’t there to hear her?

She could have been spiraling about her weight. I know I would’ve been.

The tornado of “I look fat.” “I need to lose weight.” “Even she thinks I’m fat” until we are spinning so much, we let these thoughts take on a life of their own. They become our only thoughts.

So, here’s my plea: US WOMEN NEED TO STOP PUTTING OURSELVES DOWN.

I don’t find those jokes funny. I doubt anyone does.

As women, we’re expected to be self-deprecating.

We put ourselves down as protection to avoid jealousy.

We put ourselves down because the culture tells us to shun compliments.

We poke fun at ourselves when we’re uncomfortable.

I get being self-aware and able to laugh at ourselves, but when it crosses a line to being mean —I think it's time to pause and self-reflect on why we’re doing it—

Also, by putting ourselves down, we’re permitting others to start believing us—and treating us poorly too.

Let’s be the change for our future children.

Because being mean to anyone, ourselves included, isn’t funny!

And, we can do better.

The “I AM ENOUGH” Effect: Mom, Stop Criticizing Yourself – Your Daughter Is Watching
Our Challege Has Been Accepted. Now Let’s Continue to Support Each Other, Always.
She just kept yelling for me
advertisement

The “I AM ENOUGH” Effect: Mom, Stop Criticizing Yourself – Your Daughter Is Watching
Our Challege Has Been Accepted. Now Let’s Continue to Support Each Other, Always.
She just kept yelling for me