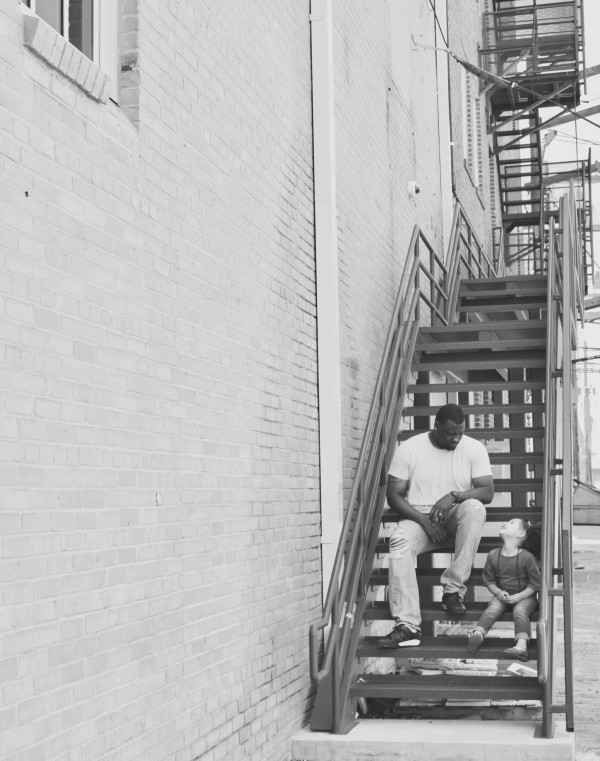 When he was 3, he ate raw hamburger meat for the first time. He was left alone and that's all there was in the fridge. When he was 5, the house he was staying in was broken into and he saw a female family member beaten so badly he thought she'd died.

The first time he moved, his suitcase was a trash bag. The second, third, fourth, fifth time — he didn't bother taking anything.

He has no pictures of himself. No baby clothes. No favorite toys.

He can't remember a Christmas. Or a birthday. He's sure I gave him his first wrapped present, but most days he has no past.

Sometimes he'll get to talking about the things he usually can't remember and the words spill out of him so fast he can't sit down. We call them 'hurricanes.' He paces the living room and spews stories that turn me inside out and I do my best not to cry because he doesn't need someone to pity him, he needs someone to listen.

He hasn't been hungry in years. He sleeps in a bed. With a woman who loves him.

But he still won't let me throw away any of his shoes.

My lost boy somehow found a way. My lost boy has given me what I love the most.

Our daughter has a favorite toy. A rabbit named Bernie she got from the Easter Bunny. He's been to our house four times now. Four more times than my husband ever had. He leaves eggs in our yard in the early hours of the morning.

She has a bedtime and more pictures than we could ever begin to print. She has a house with lights and enough clothes she never has to turn her shirts inside out to pretend they've been washed or that she didn't just wear them yesterday. Her hunger is met with organic snacks. Her cries with hugs and soothing words.

She's flown on a plane. She can order food in a restaurant. She knows what latte is.

She knows only love. So much so, that it scares him. That he worries she's not tough enough and I have to remind him that she shouldn't have to be, yet. Not at three. Not while she has us. She is not lost.

I sometimes wonder if the man before me was ever a boy at all. As if walking more miles than you are old, to a corner store with a pocketful of change after midnight for dinner, is something that could be left to boys. As if dropping off a package to a stranger in the dark was ever a job for a child. 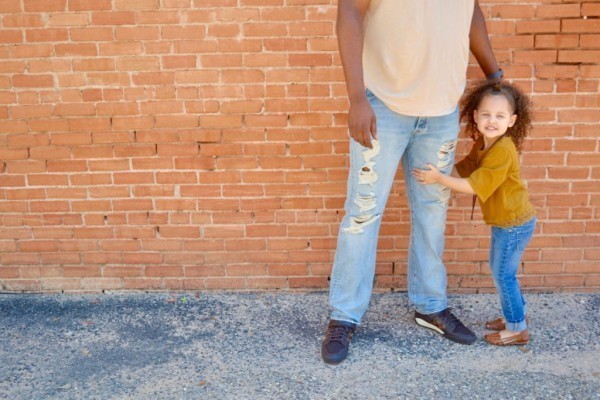 I see him now and again — the boy. He comes at Christmas and some Saturday mornings for cartoons. He slurps his cereal and laughs at his own jokes. He dances and makes up songs to sing. He'll even color if she asks him. He is always welcome here, this boy.

This is his home.

We are his family.

He is not lost.

Read more from Liza at lizadora.com. 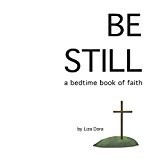 Liza Dora is an author, illustrator, and Texan living in Tennessee with her husband and two children. Liza graduated from Texas A&M University with a degree in chemistry and is the proudest member of the class of 2007.

To the girl who will someday marry my son
Father’s Day: The real heroes don't wear capes
So "Unexplained Infertility" really means "You're going to go insane trying to get pregnant."
advertisement

To the girl who will someday marry my son
Father’s Day: The real heroes don't wear capes
So "Unexplained Infertility" really means "You're going to go insane trying to get pregnant."