Living The Dream With Passion

Published by Daniela Amico on February 16, 2018 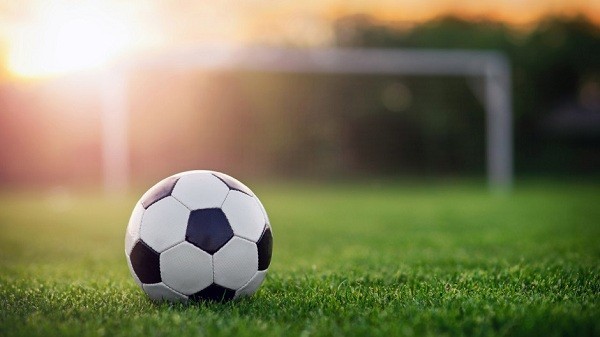 My boy and his passion for football while growing up

As my son was growing up he outwardly demonstrated a passion for football. He is an incessant little man who lives and sleeps the game but this short piece is about the journey he went on growing up with this in mind as well as my drive to get him into the best position to be the best he could be in the sport he loves.

His favourite team at the time (and still is) Manchester United whom he dreamed of joining some day. I supported him as much as possible going to matches and supported his local team wherever possible as you do. His ability in the sport is obvious as his performance out weighed the majority of the rest of his teammates so he is a leader in and on the pitch setting a role model for the other lads, as it goes.

As most are aware the value of “A” getting the training needed is key while this also translates into getting the exercise a young growing boy needs at the same time so this has had many different effects both supporting the drive within him while getting him fit and learning the importance of teamwork ready for adulthood.

Cristiano Ronaldo was his football hero while he was growing up and there is good reason why, as his drive for the game is relentless and knowing more about him now demonstrates his dedication to the team and his striving for the top spot as well as fitness levels required to be the best of the best so to speak. Key attributes he purports are the main things needed in being at the top of the game like getting your brain into a match-winning mindset, training and eating healthy as much as possible, limiting the junk food you eat while taking onboard the more holistic organic foods that fuel your body etc. One also has to bear in mind he grew up with a poor family and learned his trade from early childhood and just look at him now. I fully understand how this man has developed into an iconic figure to be admired by many these days. Good on him.

I never really took to the American football kind of thing but of late my son is getting more and more interested in this so is currently discussing and researching this with me on a daily basis as he grows into the man he is striving hard to be. He is currently awaiting the opportunity to try out for the local county team but as mentioned who knows he may get a shot at Manchester United yet Lol.

Training is a major part of the whole football aspect and it was an eye-opener for me to see how that actually pans out in the “boots on the ground” scenario for real. The dedication, competition, hard training work as well as the passion the coaches displayed in the process was great to see up close and personally as he went thru the process of growing up in the middle of the team player mentality.

The coach was a very dedicated guy whos own passion for the game was glaringly obvious to all. He too evidently spent his own life engrossed in the football world from a very young age just like my boy and I took notice of that whilst applying it to my son's upbringing at the same time. It was after all a whole new field to me as prior to this not even my hubby was interested in the game but more into sports like skiing, running, cycling and fitness in general but hey, all good stuff to get to grips with.

There is actually a lot of responsibility in the game when one takes a keen eye to spot. The team effort is paramount when you are working with your other players as a unit so knowing who is where and what the next move is playing out on the pitch. The ultimate “high” is, of course, the GOAL and seeing the look on his face is priceless when he hits one home for the team. My sons passion for the game has helped me and my own life and just how I look at the goings on around me with the same kind of “awe” as he does with his own experiences of the field. Just amazing to see.

I hope you enjoyed this and would wish us well in the ongoing push for following our passion for life and the “Game.” I look forward to posting the next bit of news when he qualifies for his dream team and we can all win by betting on him with a Bonus Code! at some point in the near future after all then, when he will be famous Lol and banging the goals in left right and center as they say.

Hello Today team and avid readers. I am Dani I am young mum to a relentlessly active child who is sport obsessed. I am a keen fitness expert and budding writer I hope we can connect as keen to chat. Many Thanks!

Living The Dream
I let my son quit baseball: Here's why
my journey from a non-sports lover to a football mom...
advertisement

Living The Dream
I let my son quit baseball: Here's why
my journey from a non-sports lover to a football mom...