Published by Katherine Wintsch on October 1, 2015 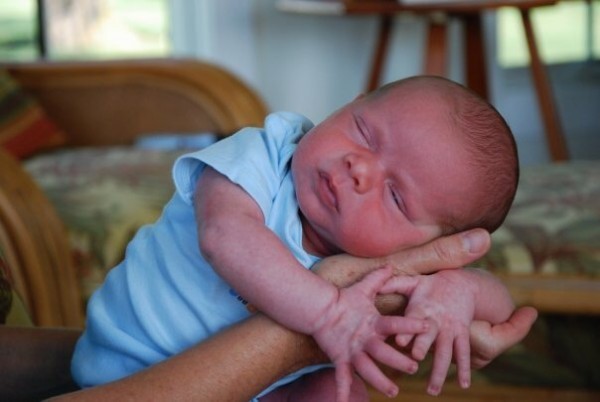 I love my friends and family.

But not one of the lovely ladies in my life gave me the kind of practical tips I needed to survive labor and delivery and the first few sleepless weeks of parenthood.

I know, I know, I know: writing a post about birthing and feeding babies is going to be laced with controversy, so let me be clear before I begin: I firmly believe every woman should become a mom when, how and wherever she wants. That said, I think the women who’ve been on the frontlines of the maternity ward are duty bound to share their wisdom with other moms.

Women have been giving birth since the birth of mankind. You’d think there wouldn’t be any surprises left. But there are. Or at least there were for me. So, herewith, five things I wish I had known before I had my first child.

#1. To each her own birthing experience.
Halfway through my first pregnancy, my husband Richard and I signed up for a childbirth class at the local hospital. On the first night, the teacher showed several 30-year-old videos of women giving birth while screaming and shouting and sweating and scowling. At one point my astute husband initiated this conversation:

Richard: “Were any of those women given an epidural?
Nurse: “No.”
Richard: “Then why the hell are we watching them?”
Nurse: “Sir, not everyone wants an epidural.”
Richard: “Well my wife does. So can we see what that birthing experience looks like?”
Nurse: “We don’t have a video like that. We were only given these to show.”

The second half of my pregnancy was haunted by those frightening videos from the 1970s. I wish I had done more research when choosing prenatal classes. If I had chosen a class more aligned with my birth style I could have gone into childbirth with more confidence and fewer questions. Instead, we ended up quitting the class after the first three sessions.

#2. The nurses can keep your baby overnight.
Following the birth of each of our children, the nurses asked us if we wanted them to keep the baby in the nursery overnight so we could get some sleep.

Ummm. Yes, please. I hadn’t even known this was going to be an option. It turned out to be a brilliant move.

Our rationale at the time was, A) Nurses are experts and they know a lot more about baby care than we do; B) We are really tired and know we won’t be sleeping through the night for years to come; let’s get some rest while we can. And there you have it. We took a break at night so that my body could heal and Richard and I could go home with a few hours of consecutive sleep under our belts.

(Oh and no worries if you’re breastfeeding, they’ll bring your baby into your room as needed. It’s that easy.)

If the nurses offer this during your hospital stay, say yes. And don’t judge yourself for taking them up on their offer. You need to recover.

#3. You still look pregnant when you leave the hospital.
I’m not sure what else to say here. It’s a horrible fact of life and something that no one warned me about so I’m still flummoxed eight years later. You might not look nine months pregnant when you and the little human get discharged, but a stranger might guess seven. On a good day.

#4. Postpartum help is for you, not the baby.
When my mother offered to come stay with me for a week, after each of my babies were born, I said yes without hesitation. Yes, you can come feed, clothe and change my child while I lounge comfortably in the living room.

Newborn babies sleep something like 17 or 18 hours a day. They’re like cats. They wake up to poop, eat and then they fall back asleep before you can even put them back in the bouncy seat.

I was the one who needed help bathing and walking and sleeping, not the kids. The physical demands of giving birth are no joke. To make a long and inappropriate story short, let’s just say that after the birth of my first child my poor mother spent a week holding her crying, pathetic, 150-pound daughter, not her sleeping, angelic 9-pound granddaughter.

#5. Decide who’s on duty before duty calls.
There’s only one thing worse than your two-year-old son screaming from his crib at 2:00 in the morning, and that’s you and your husband screaming at each other over whose turn it is to get up and take care of him. One thing that Richard and I did that saved our sanity—and probably our marriage—was to decide who was on duty each night before we went to bed. Sometimes we agreed to alternate (you first, then me) and sometimes one of us would give the other person the night off. Either way, it was always clear and always decided before the heat of the moment.

Being “on” was harder, but it was a hell of a lot better than both of us pretending that we were asleep and waiting with bated breath (and 6 oz. of resentment) for the other parent to rush to the rescue. Oh, and for the record, pretending to sleep through that situation never really works out well for anyone.

So, there you have it—my five favorite lessons from the frontlines of giving birth. 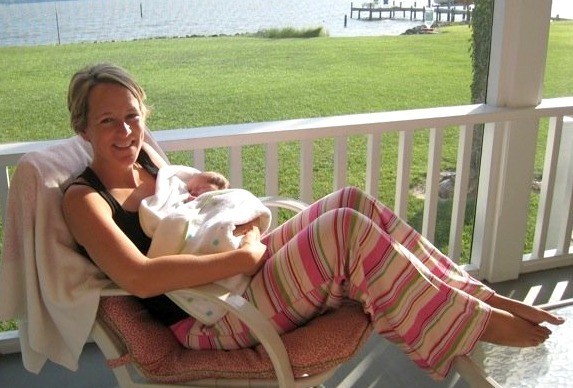 None of this is rocket science, it’s just stuff I wish I had known when I began this great adventure eight years ago, so I figured I’d pay the knowledge (and lack thereof) forward.

What do you wish you had known before you became a mom? I’d love to hear your tips in the comments below.

Katherine Wintsch is one of the nation’s leading experts on modern motherhood. As the founder and CEO of The Mom Complex, an internationally acclaimed consulting company, Katherine’s sought-after expertise has been featured by The New York Times, The Wall Street Journal and Fast Company, and she’s a regular blogger for The Huffington Post and Working Mother.

To Hell and Back!
My Birth Story
What I Wish I Had Known About Raising Siblings
advertisement

To Hell and Back!
My Birth Story
What I Wish I Had Known About Raising Siblings