It rained as we buried my mother. My heels sank into the dirt and I was grateful for my cheap black pumps. My mother had been in hospice care for six weeks before she died, so I’d had plenty of time to plan for her funeral. I’d gone to Banana Republic to buy something new because I’d felt repulsed by the idea of wearing something I owned, something I had worn on a regular day. My mother had always been my best shopping buddy. We were in sync, even when we’d lose track of each other in the racks, distracted by the temptations. We’d eventually find each other, having inevitably picked at least two overlapping items. I had frozen at the entrance to Banana Republic, as the reality sunk in that she would not meet me at the fitting rooms; not that day, not ever. I’d have to do it on my own. I’d wandered, lost, going through the motions of making an outfit. On my way to the register I’d felt her pushing me to black peep toe pumps on the sale rack. I’d known that I would never wear the pencil skirt or silk top again. I did eventually wear the shoes, though for months I left them sitting in their box with the dried dirt on the heels.

I don’t remember feeling the rain at the burial, but I do remember the way those heels dug into the ground. I remember my friend Keri discreetly making her way to me and holding an umbrella over my head as I shoveled dirt onto the coffin. I appreciated this little act of kindness of a childhood friend. I thought, at least some things last.

More than anything, I remember muttering “stop crying Mom, we’ll be ok.”

Hurricane Sandy hit the Northeast two months later. My kids were three and two and they both had the stomach virus. We were safe in our apartment, we had electricity, we weren’t worried about rising water or falling trees, but we were covered in vomit. To take a break from holding buckets under my children’s mouths and cleaning what missed those buckets, I took the elevator down to see the rain. I was planning on standing inside the lobby, but the sounds and sights compelled me outside. Focused only on the storm, I walked out and stood under the awning, but again, I was compelled further. I put my hand out to touch the water falling next to the awning, but that still wasn’t enough. I needed to really feel it, to feel the gusts, the rain, the whole of the storm. I dared myself out from under the awning as the doorman opened the door to scold me. I didn’t hear his words, I heard only my mother. Again, I told her to stop crying, but I wasn’t convincing. I was crying too. At first, just a few tears, but then real sobs. The doorman retreated back into the lobby. Maybe to give me privacy, maybe to escape the storm himself. I stayed, crying with my mother. My tears joined the drops falling on my face until I couldn’t distinguish between them. The rain somehow changed the smell of West End Avenue. The dirty old street now smelled fresh and new, like a perfectly worn sweatshirt straight from the dryer. And even as the wind blew my curls into my face and trash flew down the street, I was at peace.

The last time we cried together was the day the doctors informed us there was nothing more to do and suggested hospice care. She was at Memorial Sloan Kettering following a massive seizure. My father, siblings and I piled into my mother’s portion of her shared hospital room following the family meeting with the medical and social work teams to tell her what they had told us. By that year, her four children were adults, we were each married and we had ten children between us. So it was unusual that we were together as our original family of six. It felt fitting that we were there at her bedside sharing this moment.

At one point that day, as people came and went, I found myself alone with my mother. It was one of her last Good Days. She was feeling well and she was alert and aware of what was to come. Accepting the weight that was between us, we took the moment to talk quietly. We talked about our past and my future, we held hands, and we cried. After what felt like too little time to me, but just the right amount to her, she reached over and wiped a tear from my cheek, squeezed my hand and said “let’s not cry.” It was the last time my mother dried my tears. The last moment my mother mothered me.

The week she died, my husband and I had a trip planned to Ocean City, NJ. This trip was becoming an annual tradition. Not wanting to leave my mother, I planned to stay behind while my husband took the kids to the shore. My father promised he would keep me updated on her condition, handed me his car keys and pushed me out the door. I’d had one full day at the beach when he called. I left my family on the boardwalk and made the two hour drive to be by my mother’s side as she took her final breaths.

A year later we were again headed to Ocean City. I was anxious and tense. Would my memories be of the good times my family had spent there or of being pulled between my mother and my children? Could I be present with my kids when my grief was so present with me?

As my children pointed at the Ferris Wheel on the skyline, I exhaled. I was there with them, driving over the bridge, feeling their excitement. But then the weather threatened rain each day. My husband and I woke in the mornings and said a little prayer that the skies would hold. We had taken for granted the fun of rollercoasters and sandy beaches and we hadn’t prepared for rainy days. Though there were clouds in the sky and it seemed the rest of New Jersey was soggy, for seven days, the sun shone over Ocean City.

On the last morning, we packed the car, returned the house keys to the rental office and began the trip off the island. As we drove over the bridge, I kicked off my flip flops and threw my feet on the dashboard, comfortable. It was only then that the sky opened up and the rain pounded down on the car. I stared out the window in awe. The timing of my mother’s tears told me she was ready for me to begin my healing. She gifted me a week to help ease the pain of the year that had passed. I leaned over and touched the glass. I looked up at the grey sky, listening to the pelting drops on the windshield. I smiled and whispered a silent thank you. This time I had no tears. 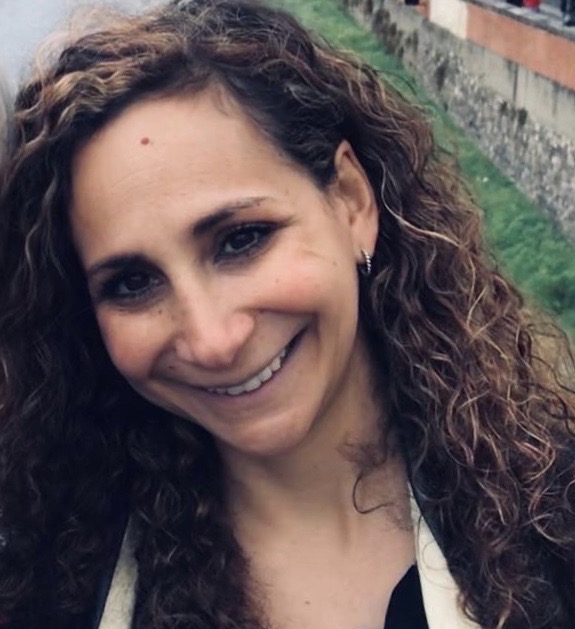 Michelle Canarick, Ph.D. is a Clinical Psychologist and the founder of the Canarick Center. She provides psychotherapy to tweens, teens and their families. You can find Michelle working, playing and being a mama to Elle and Mason in NYC or at michellecanarickphd.com.