Let's Let Our Kids Be Kids

Published by Danielle Sherman-Lazar on August 13, 2018 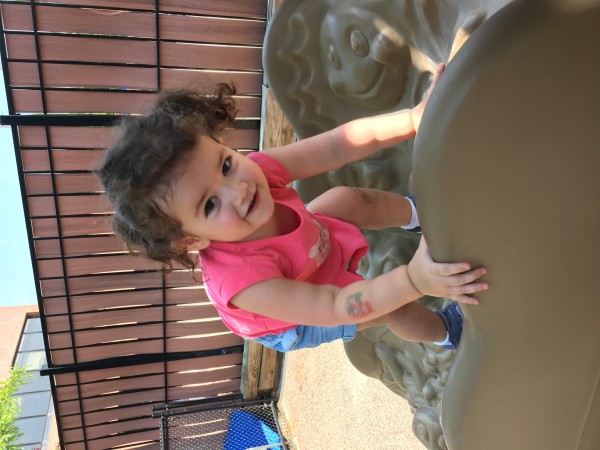 Thunder booed loudly and lightening lit up the playroom as my two-year-old dove into my lap.

“Mommy,” she screamed, cuddling into me.

“Oh honey, remember that noise is the Care Bears getting into a fight.” She continued staring at me, completely horrified.

“Care Bears,” she repeated to me, looking for reassurance.

Her hands were clammy as they grabbed mine. Her eyes were so wide---she looked like she was about to put herself into the fetal position in the corner.

I had a debate with my mom about this the other day. She thinks it’s better, to tell the truth with my children and let them know why thunder actually happens. Like get into the scientific reasoning behind it to my two-year-old. I repeat. To. My. Two. Year. Old. Like thunder is the sound of lightning, means what to her? I could see her looking at me wide-eyed and completely confused. It is actually funny to me that she feels this way because she is the one that introduced me to the care bear concept to begin with.

“Look for Care Bears in the clouds,” she would say when we were on an airplane when I was little. I would try to spot them while palming the window of the plane.

When the plane would bounce up and down, and I’d look at mom about to cry, she would take my hand and say, “The turbulence is just the Care Bears fighting.” I would nod my head. This was an acceptable answer for a younger me.

Unfortunately, adulthood bestows on us some ugly truths: there are no Care Bears. Life is hard and turbulence is just that—turbulence.

With that being said, I don’t see the harm in letting kids see things a little more innocently while they can. In a world filled with so much hate, chaos, and bad people-- I’m with the “let our kids be kids” mentality-- on some things at least. I think there is a difference between protecting innocence and completely sheltering our kids. I want my kids to be aware of poverty, racism, core issues, yet we can keep the tooth fairy around for missing teeth too. Let them think Care Bears make lightning with their fury—because why not?

In a world that is scary, reality, like lightning, will strike soon enough. So let’s keep that Care Bear and tooth fairy safety net around as long as they need.