I’ve never been a real “go-with-the-flow” kind of girl. I self-identify as a sort of uptight, over-analytical control freak. (Boy, do I sound fun.) So when it comes to traveling, I like to have everything neatly organized.

Being a pilot (or being married to one) has its perks – namely, flying for free, if there are open seats on a plane. My husband has been an airline employee for five years. In that time, we’ve made a few babies … but we’ve never made an attempt at air travel without purchasing tickets and knowing we would actually get where we were trying to go.

But lest we do anything halfway, when we finally decided to try this thing out, we chose to fly all the way across the country at the height of summer break.

It started out okay. We would travel to Dallas on the first day, then spend the night and make our way to San Francisco in the morning. Turns out, there was a 50-mile wide storm in Dallas. (Texas doesn’t do anything halfway, either.)

So instead of landing there, we diverted to Shreveport and sat on the runway for a few hours while the kids tried to get on the Wi-Fi and angry passengers tried to get off the plane.

Once we eventually made it to Dallas, we ate some bad hotel food and tried to get a few hours of sleep before our 4 a.m. wakeup.

Lesson: When you’re with the people you love the most, you can weather any storm.

The next morning, we excitedly went back to the airport to make our California flight. But the storms the night before had left our once-open plane with 100 standby passengers all hoping for seats – our seats.

My husband was ready to throw in the towel. “I’m never doing this again,” he said.

Then, he told me and my oldest son to check out the departures board. “Pick anywhere you want to go and we’ll try,” he said.

We had fun looking for potential destinations, scanning alphabetically from Denver to Phoenix and Washington, D.C. While we were toying with these ideas, I spotted two West Coast-sounding cities – Monterey and San Luis Obispo (the latter of which I only recognized from a friend who visits there every summer, promptly texting to inform her she had saved the day).

We scanned the loads on both planes and made our choice – to San Luis Obispo we would go. Walking up to the gate, we felt like rock stars. Take that, giant storm. We are geniuses.

Then, we heard a familiar voice shout, “It’s the best summer vacation ever!”

You know that friend I mentioned, who hangs out in San Luis Obispo? Her husband, from our tiny hometown, was heading there to meet her on the very flight we were attempting to board.

And we got on, with minutes to spare.

Lesson: Sometimes you think you’re going one place … and you end up somewhere better.

When we landed, our friends treated us to an incredible lunch overlooking the Pacific Ocean. Inspired by the view and our good fortune, we decided to add two more hours to our three-hour car drive so we could travel up the coast rather than by freeway.

To encourage the kids to enjoy being trapped in their booster seats, I told them to imagine we were a pencil, drawing the westernmost map line of our United States. “We are literally on the edge of America,” I said. “You could throw something off of it. But don’t.”

It was absolutely breathtaking – until we hit rush hour traffic. Still, I’d do it again in a heartbeat.

There were meltdowns. There were inconvenient diaper changes. There was that moment in the Dallas airport when we said we’d never do this again.

But we made it to California in July and we made it back – making memories all the way.

And we’ll totally do it again.

This post was originally shared at FlightyMom.com and on Facebook.com/FlightyMom. 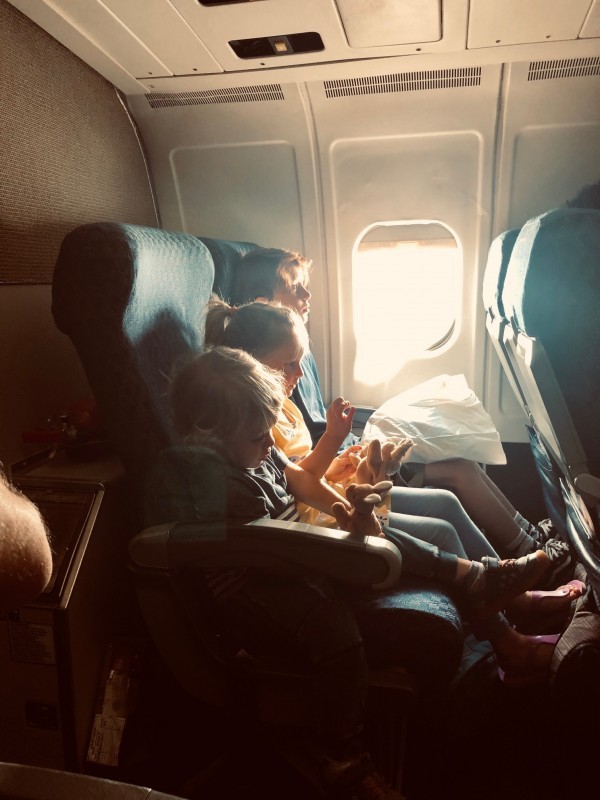 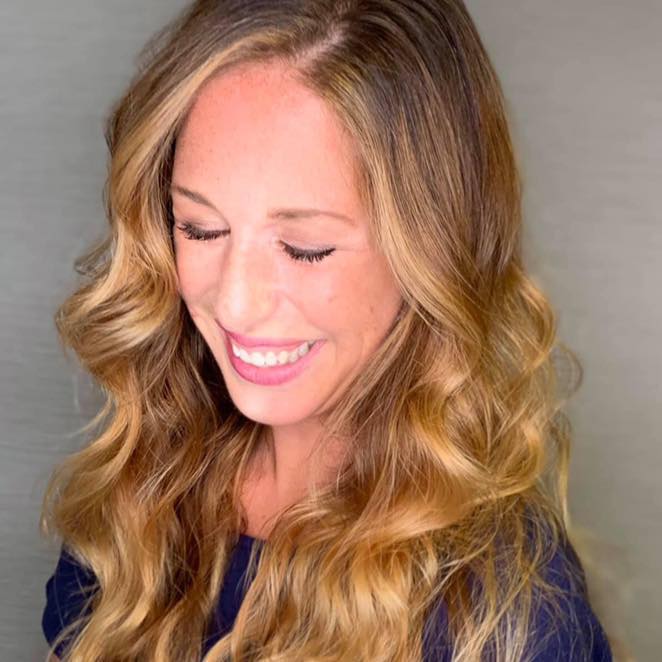