Kindness After the Paris Attacks 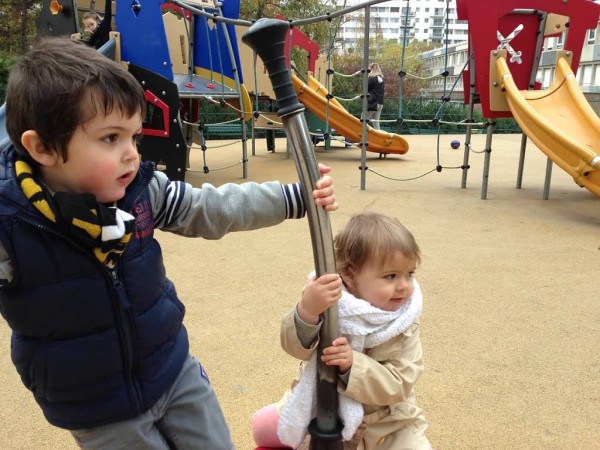 Raising kids to be kind in a big city like Paris was a daunting task from the get-go. With impatient drivers blaring their horns, harried pedestrians cutting in front of my stroller, and piles of unscooped dog poop to avoid, the city's residents weren't setting a good example for my two kids on how to treat others kindly.

So what was this American living in Paris to do?

It was easy to avoid honking my horn—I don't have a car. And I didn't have to worry about cleaning up after my dog—I don't have a dog. But I did have to figure out how to do the morning drop-off at school (for my 3-year-old son) and daycare (for my 18-month-old daughter) and then rush to work without shouting expletives at all the jerks getting in my way.

"Why did he throw that on the ground?" my son would ask, noticing someone carelessly discarding an empty cigarette pack in the street.

"I don't know, sweetie. But that wasn't nice. Now the garbage men have to pick it up."

"Yay, garbage men! I love garbage men!" He kind of missed the point, but then again, he's only three. He loves the garbage men and waves to them from the street, from our apartment window, from his stroller... he waves so often they know our names by now.

"Do we throw garbage in the street, honey?" I asked, trying to get the impromptu lesson back on track.

Whew. And so I was able to enforce little lessons like this by always throwing our trash in one of the thousand readily-available poubelles dotted around Paris that other less-kind souls seemed to miss.

Or maybe a classmate would hit my son at school. And then my son would come home and hit his sister.

SMACK! Across her defenseless little head.

"Because, because..." He didn't really have an answer.

"At school do you like it when another kid hits you?"

"Exactly. So that's why you shouldn't hit your sister. That's being mean to her. We need to be kind to others. Treat them how we want to be treated."

It took a while to sink in (and to be honest we're still working on it to some extent) but eventually he stopped hitting her for no reason. He would make sure there was at least a tiny reason. As I said, we're working on it.

So while we may live in the beautiful City of Light, life wasn't so much different for us than anyone else. Raising kids in a big city has its challenges, but they're mostly the same challenges everyone faces, right?

Until the November 13th terrorist attacks in Paris, the closest of which took place less than two miles from our house.

How do you teach children to be kind when such horribleness surrounds them? How do you remain kind when you see that sort of story unfold right before your eyes?

At first, our son didn't even notice anything. We don't normally let him watch TV and he's young enough that he didn't really get what everyone was talking about.

My husband and I tried not to talk about the attacks around the kids, waiting instead until they were both safely tucked into bed before flipping on the news and sharing our fears and concerns about the future.

But on the morning that the French authorities were engaged in a standoff with some of the perpetrators, our son turned on the TV and saw the news. Our eyes were glued to the screen, in shock about what was currently happening, in a neighborhood not too close to us but too close for comfort. We were so entranced that we forgot he shouldn't be watching stuff like that.

We only snapped out of our daze when he said, "Look, firefighters! I love firefighters!" If there's any occupation he's more obsessed with than garbage men, it's firefighters. He was jumping up and down, pointing at the rescue workers on the screen. "Are the firefighters there to save people?"

"Yes," I replied, as my husband quickly shut off the TV. I mean, that is why they were there, even though the details were a little more gruesome than that. They were there in case the situation went poorly, and considering how the attacks in Paris just a few days prior had turned out, the authorities had every reason to believe this standoff would have casualties. But I didn't need to or want to explain that to a preschooler. Instead, I focused on the positive.

"What do you like best about firefighters? The fact that they're brave? And they help people?"

"Oui. And they get to slide down the fire pole." Of course.

"Yes. Sometimes bad things happen, but fortunately we have nice people like firefighters and the police to help us. Always remember that. Some people are mean, but most people are nice."

It's hard to think about the future, knowing that something like these attacks can happen so close to my home. It's hard to imagine my kids growing up in a world where things like this happen. But I have to stay positive. I have to teach my kids to remain kind in a world with unkind people.

Because it's true: Some people are mean, but most people are nice. And if I can get my 3-year-old, and soon his younger sister, to always remember that, then hopefully that's the start of a new generation that doesn't terrorize other people.

A new generation that is compassionate towards others.

A new generation that tries to see the best in people instead of immediately drawing the worst conclusions.

A new generation that takes the best traits of this current generation and aims to make the world even better.

A new generation filled with kindness. 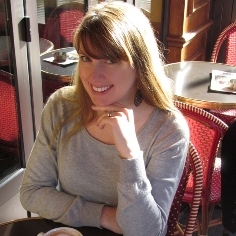 Author Vicki Lesage proves daily that raising two French kids isn't as easy as the hype lets on. She lives in Paris with her French husband, rambunctious son, and charming daughter, all of whom mercifully don't laugh when she says "au revoir."

The only way to teach kindness is to BE kindness
What I learned from my bullies: 'Even if you don't like someone...be kind'
The Dance
advertisement

The only way to teach kindness is to BE kindness
What I learned from my bullies: 'Even if you don't like someone...be kind'
The Dance