Keep A Close Eye On Your Kids Without Going Too Far 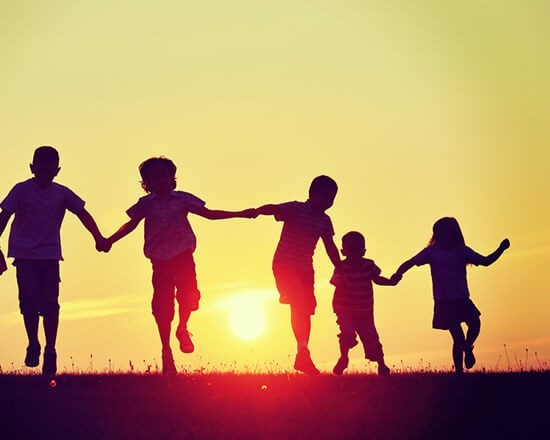 It’s easy to keep a close eye on kids these days, but parents are going too far. We’ve reached a stage where children are beginning to get a little creeped out. Do you spy on every minor conversation? Are you tracking your child 24/7?

They don’t need to worry about being targeted by stalkers, because it looks like they already have one. You can help your kids stay safe without scaring them away. Here are a few less intrusive tactics that don’t verge on harassment.

Children didn’t know what to do when their parents followed them on social media a few years ago. Now it’s generally accepted by everyone. You’ll get a sneak peek into what is going on during their daily lives.

It should be enough for alarm bells to ring if anything seems wrong. If you feel like they’re hiding something in private messages speak to them. If you can’t speak to your children you have other problems you must address.


2. Don’t Let Them Talk To Strangers

Have you heard about Facebook Messenger Kids ? It’s a new feature they came out with recently to help keep families safe. You’re allowed to add and delete their friends, but you won’t be able to read their conversations.

You can do this with other apps too, but it will need to be done manually. Your kids can follow who they want, and you’ll be allowed to tell them who to delete. Your kids won’t hate you for spying, but you’ll get into a few arguments.


3. Start To Educate Your Children

You are worried about your kids, so you want to spy on everything they do. It would be easier if your children came to you when something was wrong. They could even ask for advice on behalf of their friends.

The only way they’ll be able to do that is by knowing about the dangers lurking out there. Educate your kids instead of making them feel like they’re being watched. They should be able to spot dangers from a mile away.


4. Limit The Time They Spend Online

Eventually, you’ll have to accept the fact your child is old enough to access most sites. You won’t be able to stop them from finding something you don’t agree with, so start trusting them a lot more.

You’ll still get to decide how long they’re allowed to spend online on any given day. It’s not because you’re trying to punish them. You know they don’t have free time because they should be busy with school work.


5. Know Where They Are At All Times

In the olden days, children would need to keep their whereabouts up-to-date using a pay phone. They could do the same thing today with smartphones, but parents would rather use apps that track their every move.

If you want to locate your kids there is a less controlling app. Send a quick message and once it’s been opened you’ll see where the phone is. It will give you peace of mind, plus your children won’t feel trapped.

Give Your Children More Responsibilities

We complain about corporations spying on us all the time, so your children will feel just as annoyed. You need to be more trusting in the future. Also, give them responsibilities and they’ll be able to police themselves.

My name is Sienna, Im interactive designer working for some digital marketing agency. Sometimes I create websites, posters, and other stuff for good people. Sometimes I just blogging!

Seven ways to talk to your kids about sexual violence
Teaching Your Kids to Drink Safely
Surfing The Web: Practice What You Preach
advertisement

Seven ways to talk to your kids about sexual violence
Teaching Your Kids to Drink Safely
Surfing The Web: Practice What You Preach