She says: I am nervous about giving birth.

Society says: That’s normal. Everything will be fine.

She says: I feel very scared to leave the hospital. I wish I could take these nurses with me.

She says: I don’t really think I know what to expect when I get home. Will I bleed? Will I leak? Will I hurt?

She says: I am so grateful. And so happy. And so tired. And so overwhelmed. I can’t stop crying.

She says: I want to see people, but I’m also terrified the baby will get sick. I want to visit others, but I can’t bring myself to actually make plans.

Society says: That’s normal. The baby will be fine.

She says: I think I should eat something. But I don’t have an appetite. And I don’t want to prepare anything. So I guess I’ll just skip this meal. Again.

Society says: That’s normal. Moms are too busy to eat.

She says: I feel like I should sleep when the baby sleeps. That’s what they say, right? But, I have another child and also my mind just constantly is running and worrying.

She says: I feel like I should be working out more. I am having a hard time making time for that. I suppose I am struggling with my body image these days.

She says: I want to spend more time with my baby. My maternity leave from work has gone by way too fast. I really do not feel ready for this.

Society says: That’s normal. It is not easy, but it’s what so many of us do. You’ll get through.

She says: I can’t seem to find a balance. I feel like I am doing a million things all at once, but not one thing is being done well.

Society says: That’s normal. You just have to find a way. Women do it all the time. Every day.

She says to society:

Why do we say that? I know I have said it to others before as well.

I suppose we say it to make others feel like they are not alone.

Or, maybe we say it because we simply don’t know what else to say.

But, regardless of good intentions, “that’s normal” kind of feels like a conversation crusher. Like there is nothing else to say because… it’s just the way it is, deal with it, carry on, you’ll be fine.

I don’t really know what is normal anymore in this life, but I do know this—

Normal is not necessarily objective and it is more likely always relative.

And, I also know this—

Whenever I share a vulnerable thought with someone, being on the receiving end of “that’s normal” is almost never actually helpful.

Maybe we need to rethink this response, open up this dialogue, reestablish this boundary.

I don’t think people intend to be dismissive when saying this, but I do think that it has become a commonality that maybe we—myself included—need to bring more consciousness to.

We can’t control what others say to us, but we can control what we say to others; so, instead of “that’s normal” maybe we can try saying things like:

I hear you. Do you want to talk more about this? Would you like me to share my experience with this? I think this may be common, but that doesn’t mean it shouldn’t be talked about. Thank you for sharing this with me. I think you are doing an amazing job.

Perhaps then we can help create more opportunities for connection, love, healing, and steps forward…together.

Maybe we can’t change what’s considered normal with one conversation, but we might just be able to help a mother’s heart to open, heal, and grow alongside our own. 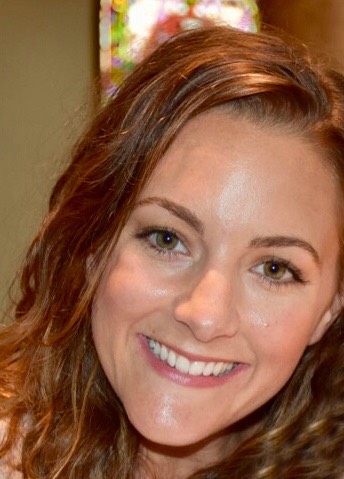 Dads who are hands-on with newborn babies are less depressed, study finds How to spot it: 4 sneaky clues that your children are feeling anxiety Carrie Underwood jokes she was a 'stage mom' with son Isaiah, 5, on Christmas album