It's uncomfortable and awkward to talk with your kids about racism. Do it anyway. 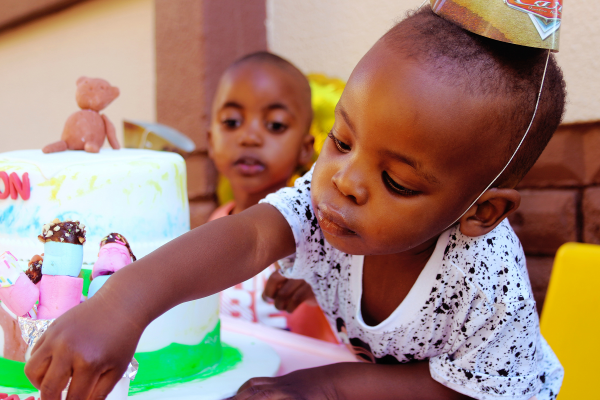 My friend Avani was watching the news when two pairs of small feet walked into the room: those belonging to her lanky ten-year-old and pint-sized six-year-old boys. They happened to see the news story about George Floyd, catching the image of a police officer with his knee on a Black man’s neck, squeezing the life out of him.

She didn’t mean for them to see the news clip, but there it was, out in the open. She addressed it in the way she tackles hard topics about race in her household, head on. Avani is an American of Indian heritage, as is her husband. In our upper-middle-class neighborhood, she is used to standing out because of the color of her brown skin.

Her first grader snuggled up next to her and said, “Mama, will that happen to me? I have black skin too.”

Avani was taken off guard but recovered quickly and did her best to explain the nuances of socioeconomic status, privilege, and education in a way her sons could understand. It’s a conversation that will happen over and over in the households of people of color across the country, and ideally across white households as well. Avani wrapped up her talk with her boys about standing up for others if they see something is going wrong and challenged them to think about how they could help.

Parents often don’t know where to start, like a friend from high school who posted this on Facebook.

“I often worry that my words won't come out right and someone with a stronger opinion or who can articulate clearer will make my thoughts seem irrelevant.”

One response was telling: “I can only speak for me, but I'd much rather you say something ill-spoken than nothing at all. Silence is complicit, and while there will be those out there who are not tolerant, someone will be and will extend a hand to assist you.”

The first time I tackled racism in a public essay six years ago, I wrote about the folly of color blindness, explaining why we need to see each other in full color in order to understand. Reading it now, I can see it was naïve, at best. Self-centered. Shallow.

The fact is, especially if we’re white, we’re going to be awkward and clumsy sometimes when we talk about race, especially at first. We’re going to use the wrong words and look back and think holy mother of pearl that was humiliating.

That doesn’t mean we should stop trying. It means we must keep practicing and learning.

It can feel uncomfortable and awkward to talk about race with your children. You might not know where to begin. Much like the ways parents address sex education as well as drugs and alcohol discussions, some parents fear that bringing up the topic plants the wrong ideas in a child’s head.

The truth is that the thoughts are already there. And they’re counting on their adults in their lives to untangle that ball of knots to make some sense out of the world. Explaining to your child what racism means and how it manifests doesn’t cause them to be racist any more than explaining the birds and the bees makes them want to have sex. In fact, the opposite is true: knowledge is power, and talking to your kids about racism and injustice sets the stage for future generations to alter our country’s DNA.

“Talking about race is okay, but as White people we’re conditioned not to,” says Sara, an educator who lives near me in Texas. “It’s not just the KKK or White men who murder a Black man jogging in the neighborhood because he doesn’t look like he belongs. It’s pretending that you don’t see color. It’s justifying or accepting that Black and Brown students are disproportionately disciplined in our schools. It’s laughing or staying silent when you hear biased and racist jokes, it’s shutting down or deflecting when race or racism comes up. White Supremacy is a lot of things and it’s woven into our daily lives, and in to each of us so tightly that unless we are actively working to recognize and disrupt it, we are most definitely contributing to it. It’s in me and it’s in you.”

Some will say that racism is a thing of the past. We’ve had a Black president, therefore racism is no longer a problem is a belief that some hold. If we let our children believe that racism has been conquered for good, they may fill in information gaps with data points that don’t fit with the current situation in America.

Author and fellow blogger Brandi Riley says, “The reason so many aren't sure of where to start is because they don't read any books about the history of our country, or the plight of Black folks. The tweets, Instagram posts, and Facebook statuses they’re reading from Black folks they happen to follow on the internet is not enough. It's really no wonder [people] don't know what to say. It's like if you were an actor and your performance sucks because you didn't rehearse your lines, or learn about your character, or figure out how your character fit into the overall story. Do your homework. Start getting uncomfortable. Stop saying you don't know what to say.”

Start by teaching your kids that ignoring skin color or pretending we don't see it means that we are not seeing people clearly. Talk about it openly.

Being color blind means that we have blinders on to the inequalities and injustices of the racial divide. Help them see subtle instances of racism within ourselves, even people who are actively trying to dismantle it. Explain that it's more difficult for a Black person to get a job just because of their name or their hair. Talk about the news and point out that white people can protest with guns at the capitol without incident and a Black man who kneels peacefully in protest is called a "son of a bitch" by the president.

Most importantly, teach your kids – even in your awkward, halting, unpracticed words – to stand up against racism and make it part of the conversations you weave into your life with them at every age.

Make it clear that standing by and saying nothing means they are giving tacit acceptance to that treatment. Guide them to be the change we need.

“Raise your kids to courageously stand up when they see injustice against a Black person,” says my friend, business owner and writer James Oliver on his site TrepLifeDad. “In the George Floyd video, I saw a Black person complaining to the police about what they saw. But Black people don’t have the same ‘privileges’ as white people. Maybe George Floyd would be alive today if one of those other white officers on the scene had a mother who taught her/him that Black people are human.”

Need a resource? Check out this one from Krystle Cobran: 3 Tools for Talking to Kids About Race

The beauty of anti-racism is that you don't have to pretend to be free of racism to be an anti-racist. Anti-racism is the commitment to fight racism wherever you find it, including in yourself. And it's the only way forward. – Ijeoma Oluo

How Parents Can Help Prepare Students of Color to Respond to Racism at School
No justice, no peace of mind: Why it’s critical for schools to commit to teaching anti-racism
Language has always mattered. We can help our children understand just how much.
advertisement

How Parents Can Help Prepare Students of Color to Respond to Racism at School
No justice, no peace of mind: Why it’s critical for schools to commit to teaching anti-racism
Language has always mattered. We can help our children understand just how much.