It's OK for your kids to be bored this summer

Summer is upon us which means we are all looking for ways to keep kid occupied. I don’t know about you but it never takes long for my kids to flop down on the couch and howl that they are bored, hot, and deprived of fun.

I'll never forget the summer they begged, pled, INSISTED we go to Target for a kiddie pool. I decided that was a brilliant idea, figuring a kiddie pool would be just the novelty I'd need them out of my hair. We all piled into the truck and descended on Target like a heard of cats.

Just minutes into our adventure, I realized that I had suffered a complete lapse in judgment. I mean, who willingly brings a three-year-old into the pool toy aisle? He wanted everything. I mean EVERYTHING. Its actually impressive how many toys a tiny child can hold in his arms at once. I thought I was going to have to pry the plastic wind up sharks out of his cold dead hands.

So I did what I always do with the fourth born, I caved.

A hundred bucks and one frazzled mom later, we left with a 4 ft plastic kiddie pool and enough toys to guarantee there’d be no room for water. As soon as we arrived home, the child army filled the pool with ice cold well water, tossed in all the toys … and wanted to be done.

So much for that idea. 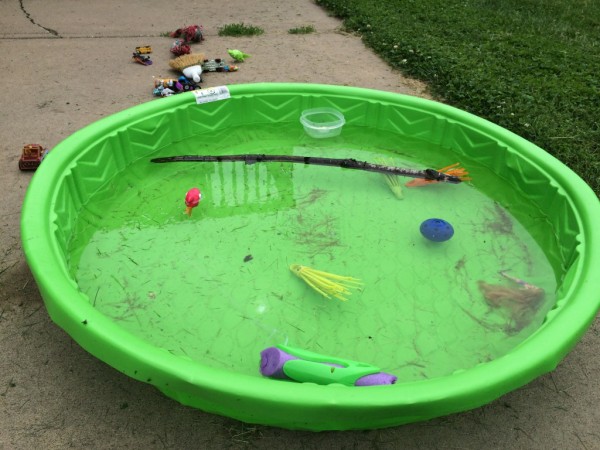 Here is the same pool five days later. Who wants to go for a swim?

I wish I could say that I was bored during summer as a kid but I would be lying. I lived a half mile from a lake so my childhood summers were spent swimming. All day. Every day. This is no exaggeration. At first light we threw a towel around our necks and walked barefoot down to the subdivision’s pier … not to be seen again until evening

We did not pack snacks and owned zero beach toys. If we wanted to dive for something, we colored on a rock with a crayon before we left the house. When we got to the lake we tossed it into the water, and searched. With no goggles.

We played rag tag with an old sock, hid under the floating raft, and dared each other to swim through the rungs of every ladder along the pier. (It was always a little thrilling to wonder what would happen if you got stuck). A favorite game was pier tag, which involved jumping off the pier onto some poor sap trying to swim underwater to the other side of the pier.

In other words, we played dangerous games all day involving running on a wet pier and getting ourselves stuck underwater.

We returned to the house at the end of the day starving, sunburned, and exhausted. The solid gold that was living near the lake cannot be overstated. My mom had us out of the house ALL DAY. I can’t wrap my mind around what it would be like to have all of my kids out of my home for twenty minutes, let alone all day.

This also happened to be the era when no one thought anything of sending young children to fetter the day away at a lake unsupervised. We went alone. Well, we were together, but we were ages 5 – 12 depending on who all came along. And my older sister was usually too busy “laying out” with her friends to bother babysitting us at the pier – meaning usually the nine year old watched the five year old.

Whenever I ask my mom “WHAT WERE YOU THINKING SENDING LITTLE KIDS TO A LAKE UNSUPERVISED?!?!” She laughs and waves me off, flippantly reminding me, “You were all excellent swimmers.”

Anyway, I can’t bring myself to drop the kids off at the nearby river because I worry they will float all the way to Louisiana. (Confession: I have considered it.) So all I’ve got in my playbook is locking them outside to play. I am not the mom who will be scouring Pinterest for ideas because I think kids need more boredom in their lives. It has to be good for their brains to just give it a rest sometimes. If my kids spend their entire summer swinging mindlessly on the swing set – that’s fine by me.

Besides, as evidenced by our Target excursion, even when I try to implement a fun activity it lasts all of five seconds before the wheels come off. 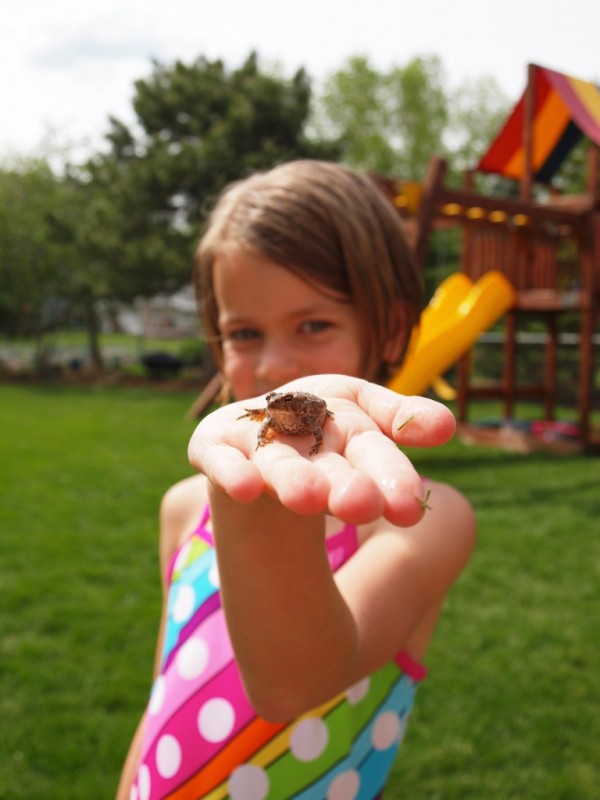 I refuse to give my kids summer after summer of exciting, well-planned activities. I also refuse to let them kill their childhood by sitting on screens all day. In my mind the best activities involve no screen, no cost, and no supervision.

Here are some examples:

For example, there was a time I kicked my twelve-year-old daughter and her best friend outside. At first they sat in sullen protest on the swing set all grumpy and annoyed that I wouldn’t let them sit in her room scrolling Instagram. But … after a little while ... they were frantically searching for a container for the butterfly they caught. Then they proceeded to turn the afternoon into a butterfly hunt extravaganza. I almost fainted in shock when they asked permission to use the internet to figure out the type of butterflies they were catching. (Yellow Swallowtail, thank you very much).

Lemme tell you, my daughter has never shown one shred of interest in identifying insects.

Now, to be real, they dumped out multiple storage bins, chopped down a bunch of my lilacs and peonies, and left scissors, saran wrap, and a series of containers strewn about the lawn in the process. BUT – it still beats Instagram. 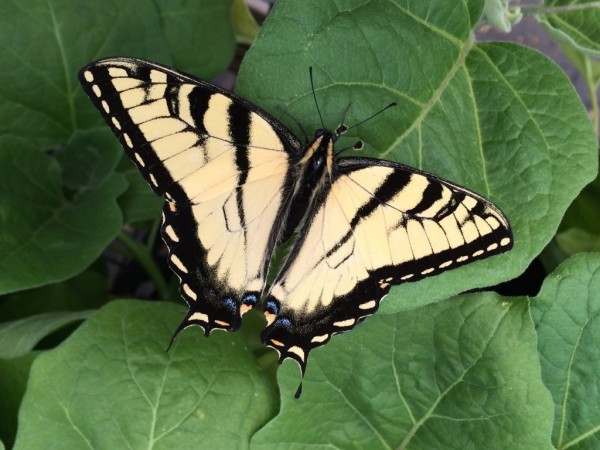 If you suggest any activities, remember it’s ok if they make a mess. It’s ok if the crafts or carnivals they come up with aren’t worthy of Pinterest. It’s ok if their movies won’t win the Cannes Film Festival. It’s ok if they scoff at any ideas you throw their way and they have to make their own fun. In fact, lots of the ideas above are what my kids came up with when I was blowing them off.

No one ever said summer should mimic a cruise ship with parents as activity directors.

Really, it’s ok if they do absolutely NOTHING – ALL SUMMER LONG.

So go ahead and shoo them out the door. Give those little darlings a boring summer. Their brains and their adult selves will probably thank you for it.

Hitting the Summer Wall of Fatigue: Forgive Yourself, Channel Oprah, and Check Flights to Napa
Indoor Activities for Kids
SAVE YOUR SANITY: 17 SIMPLE SUMMER BOREDOM BUSTERS FOR KIDS
advertisement

Hitting the Summer Wall of Fatigue: Forgive Yourself, Channel Oprah, and Check Flights to Napa
Indoor Activities for Kids
SAVE YOUR SANITY: 17 SIMPLE SUMMER BOREDOM BUSTERS FOR KIDS