Published by jthreeNMe on September 16, 2018 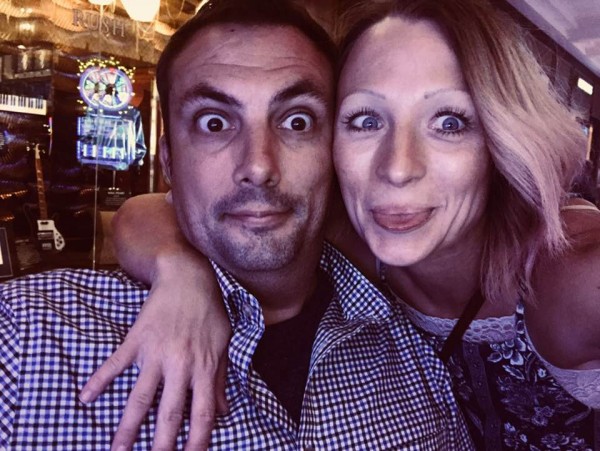 Sometimes you walk in the door from work, kiss and hug the kiddies and you and I give each other a look; a glance of mutual acknowledgment that we have both respectively made it to 6:30 pm and that we both, as well as the children, are all in one piece.

Sometimes we linger on our gander; often not, but on the few occasions that we do, it’s as if we’re saying “I want you to know that I see you“.

Most of the time, however, our eyes don’t connect, and surprisingly, I’m okay with that, and I think that so are you.

There’s something about the way I never needed you to order my bar drinks; a fact made very clear when we began dating while I was in college. I liked to do things for myself (including being a drunk, but fun fool) and, hey, at the time, you loved that about me.

There’s something about the way I never needed you to give advice, like when I made the grand decision to drop out of law school without a new plan for my future in place. You knew that I appreciated and respected your opinion, but I wasn’t going to let it change mine, so you supported me.

There’s something about the way I never needed you for constant caretaking during my pregnancies. Sure, the occasional, “please go out and get me my crazy craving” was enjoyable, and you were always so selflessly willing, but you also felt grateful that, for the most part, I tended to the majority of my hormonal needs by my damn self.

There’s something about the way I never needed you to take over the middle-of-the-night feedings that impressed you so. While a woman who is capable of asking for help it is just (if not more) impressive, the fact that off and on for seven years I’ve never slept 8 hours straight is worthy of a slow clap.

There’s something about going through labor one, two, and three times and never needing you to remind me that all of the pain would be worth it; ’cause I knew that already.

There’s something about the way I never needed you to do or be anything other than what comes naturally to you because you, sir, I like you just how you are.

You never needed me to cling to you or be uber-dependent on you to know you mattered.

You never needed me to change who I was to better align with who you are.

Some might say that the way we don’t need each other is alarming and a “bad sign” for the future of our relationship, but they’re wrong.

It’s more than okay that we don’t need for one another to shout from a rooftop or write in the sky that we still love one another.

It’s perfectly fine that we don’t need more from each other than the other is capable of giving. With a house, two jobs, three kids and two dogs, so many other things (and people) require our attention.

The way you don’t need me to love you in any other way than the best of my ability on a consistent basis is appreciated, and I know the feeling for you is mutual.

Thank you, dear friend, for sharing my grief
Don't Be Above (Or Below) Requesting "Thanks" for All That You Do
Gosh darn it, Husband -- JUST LISTEN!
advertisement

Thank you, dear friend, for sharing my grief
Don't Be Above (Or Below) Requesting "Thanks" for All That You Do
Gosh darn it, Husband -- JUST LISTEN!