I often think back to the time before I had children and distinctly remember observing other people’s kids with a mix of horror and fascination at how they interacted with devices and social media at such a young age. There was one such time when a friends one year old was standing by the TV and trying to change the channel by using his finger to scroll across the screen – I was fascinated at how quickly he had picked up the ability to use a phone/tablet in this way – to the point where he expected the TV screen to work similarly - but at the same time, I was appalled that we now live in world where many kids learn how to work a phone before they can speak or walk properly.

I had hoped that wouldn’t be the case when I had children, but of course, the realities of modern-day parenting are not so simple. As I have learnt since having my son 5 years ago, combining motherhood, working full time, running a household and trying to keep up some semblance of a social life is not easy to juggle and sometimes you do things to make life easier – even if it’s just for half an hour a day. For me, that happens to be letting my son watch dinosaur and train videos on YouTube whilst I’m trying to get ready and organised in the morning as it keeps him happy and it means that I manage to get out of the door on time. This however, is the only time I allow him to use the phone as when I try and get him to give it back, I often have a battle on my hands and regularly have to deal with tantrums on the school run – but hey, at least we are out the door right? I’ve tried other methods of entertainment which sometimes work and sometimes don’t, things like encouraging him to play with his toys, counting games, building Lego and watching programmes on regular TV, but the appeal of watching videos on Mummy’s mobile phone always wins out at some point throughout the week.

Now, tantrums are part of his DNA, he has the same temper as his Dad – he blows up at the smallest of things yet handles the big things with a calm attitude and a considered approach that is way beyond his years. But the tempers do seem to be a lot worse when I take the phone away and he can no longer watch his videos on YouTube!

This response made me think about how much social media and device usage might be affecting his wellbeing already and how much of an impact this will have as he gets older and begins to explore and become part of all the other social media channels available, accessible and de rigueur for children and teenagers these days.

So, what do we have to worry about?

Although the internet offers incredible opportunities to learn and play, it also carries serious risks for our children. Online grooming, cyberbullying and access to unsavoury content such as pornography pose a great threat and are certainly what worries me most about my son accessing the internet, but recently I’ve also become concerned about its potential impact on his behaviour, his wellbeing and his self-esteem as he grows.

According to an article on Psych Central, it is estimated that 25 percent of children between the ages of 2 and 5 have a smartphone, so perhaps not a surprise that many young children have smartphones and tablets rather than basketballs and baby dolls on their wish list. A sad sign of the times in my mind, but I also think it’s important to understand that this explosion of mobile device use in children isn’t surprising, given the explosion of mobile device use overall and that we need to recognise that screens are a modern way of being – for us and our children. But it is also important that we, as parents are careful about the implications that it can have on our children’s health.

My main concerns are around the impact too much device usage and social media interaction will have on children’s brain development and time spent playing and interacting with friends and family – after all – a phone can’t replace the learning and development that comes from play and human interaction and screen time takes away from physically exploring the world through play and interactions – to the point where it is reported that doctors and educators are now worried how the overexposure to touch-screen technology can impact their developing brains.

I also worry about how it will affect their ability to build inter-personal relationships and how resilient they will be when dealing with the pressures of having an identity within the digital space. As adults, many of us bow to the pressure to conform, to fit in and to present the perfect picture of our lives and our image on social media and many of us experience the anxieties that can develop because of things like our posts not being liked or commented on. How is a young child or teenager meant to interpret and handle this without it having a detrimental effect on their wellbeing when we can struggle as adults? 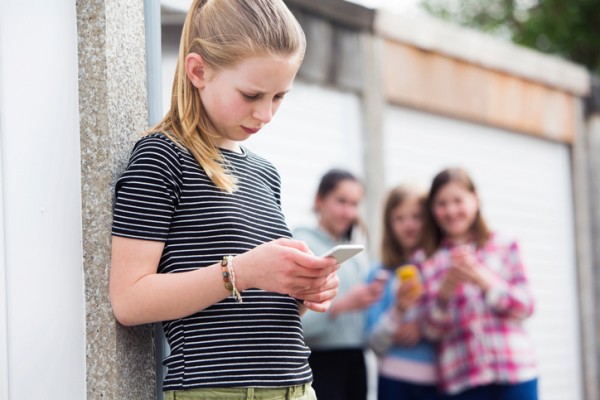 It’s these more hidden aspects of the online world that have the potential to affect our children’s mental health. That feeling of constantly being connected, visible and judged by their peers based on what they post, how often they post, how they look and how they behave – leaving many of our children feeling stressed with the pressure of living up to this online identity and increasing the risk of them experiencing social isolation, fear of missing out, anxiety, low self-esteem and body image issues.

A report from Research Gate states that young children are increasingly exposed to multiple screens despite the continuous health recommendations that daily screen time for children aged 2-5 years should be less than one hour and that the widespread and extensive use of various screen-based electronic media is influencing behavioural models such as sedentary behaviour, everyday eating and sleeping behaviours, as well as general health and psychological wellbeing in children of all age groups.

Another piece of research, reported in the Guardian states that one in four children and young people could have problematic smartphone use and also suggests such behaviour is associated with poorer mental health.

For teenagers, research on Childmind reports heavy users of social media increase their risk of depression by 27 percent. This doesn’t surprise me, if they’ve grown up on superficial stimuli, then it’s no wonder that these children lack the ability to engage deeply with others and themselves. Instead, they end up living for perfect Instagram photos, the likes and the comments – with some even opting to buy Instagram followers to improve their profile status and reputation amongst their followers and peers – all the while, missing out on actual experiences with friends and family and unintentionally socially isolating themselves.

How can we help? 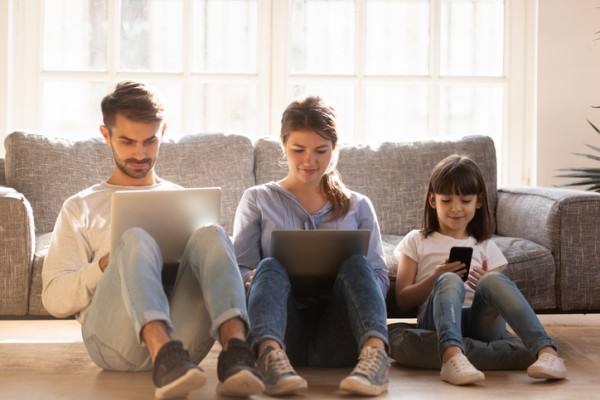 Well we can’t escape it – the internet, social media, smart phones – they are an intrinsic part of our everyday lives, so what I will try to do instead, is to lead by example. In the evenings, I’ll be implementing dedicated family time and a no phone zone until my son goes to bed, if I’m saying he can’t use the phone, then I shouldn’t be either.

When I do let him use it, I’ll implement the rules below to ensure that my role as a parent, caregiver and educator is to use all the potential that smart phone technology, the internet and social media can offer is for the good and not going to harm his wellbeing:

· Make sure that the content he accesses with mobile devices is age-appropriate. Common Sense Media has both a website and an app that can help find the best content for each age.

· Make the most of the time he spends on tablets and mobile devices and look for educational games and videos, or applications that will encourage his creativity.

· When he is older, I’ll show him how to use the internet in a positive way – to research things, to do homework, to talk to family, and to find out about the world to help develop his critical eye. 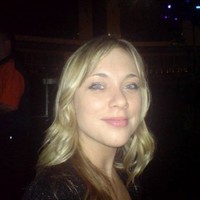 I'm a full time working Mum of two gorgeous and challenging young boys. I am a passionate supporter of flexible working and progressive working practices so that parents do not have to sacrifice their career or take a massive pay cut in order to manage the challenges and demands of modern day family life. I also passionately believe in breaking the taboo around miscarriage, baby loss and fertility issues and opening up the conversation so that women (and men) don't feel like they have to suffer in silence. I run my own marketing and media consultancy and love to write about key parenting issues based on my own experiences and observations.

HOW CAN WE PROTECT OUR CHILDREN FROM ANDROID SPY APP?
Cyberbullying: 6 steps to protect your kids
4 Powerful Parental Control Apps
advertisement

HOW CAN WE PROTECT OUR CHILDREN FROM ANDROID SPY APP?
Cyberbullying: 6 steps to protect your kids
4 Powerful Parental Control Apps