Invisible disabilities, and a mother's fatigue

It's a mantra running through my head, the beat to which I'm stomping across the house. It could a rap song - a suburban mom hit record. (Ludacris? Are you listening?)

It's my ALERT! ALERT! A hurricane warning. It's Anderson Cooper saying, "People in low-lying areas should evacuate immediately."

Of course, my children can't evacuate. They are stuck with me, their funny, disorganized mother who loves morning kisses and impromptu dance parties but who occasionally breaks down in angry tears because it's so damn hard to have a special needs son.

I hardly ever say that. It's difficult to utter - special needs son. If you met him, you would shake hands with a stocky handsome polite little boy with a big wad of gum in his mouth. He might tell you how well he did on his first spelling test, or how much he loves school, Target, and Pokemon.

And sometimes that's the hardest part: people don't believe me.

I recently told a friend about the boy's reaction to his first homework assignment - he tore it up into 14 pieces and tried to get the dog to eat it. I mentioned that I was thinking about getting him a tutor because he'd see that as an extension of school, which he loves.

"Did you ever think of just making him do his homework?" asked the friend.

GAW! SMACK! I NEVER THOUGHT OF THAT! I'll ask him tomorrow!

"You shouldn't let him hit you," said a family member. GREAT IDEA! Should I beat him up so he knows who's boss?

It's the nature of his disability - he has reactive attachment disorder resulting from his adoption - that part of his brain has developed perfectly. He's clever and funny and loving. But emotionally, he's way behind. Hearing the word "No" is like hearing bomber jets overhead. He slips into a fugue state in which he's David and the whole world is Goliath.

No one sees this happen. Except us.

Last Sunday, my husband was off and we decided to have a family day at the beach. YEAH! said my oldest daughter. SURE! said my youngest daughter. I DON'T WANT TO GO! said my son. This is not unusual. He much prefers hunkering down at home in his pajamas to actually leaving the house. But there's a catch: he wants everybody else to do the same thing.

I kneeled down to his level and grabbed his shoulders. "Talk to me calmly," I said. "If you can calm down, we can work this out." The youngest girl wandered into the room to check out the scene, and he turned around and pushed her.

I took him firmly by the arm and forced him into his room and onto his bed, where he flung himself down face first. "I'M NOT GOING," he said.

But he didn't want anyone to go, because that upset his vision of the day. At that point, I stopped negotiating and left his room. He followed me into the kitchen and dumped a box of Cheez-Its onto the floor.

"Take the girls and just go," I said to my husband. Husband seemed unsure what to do. "JUST GET YOUR STUFF AND LEAVE. RIGHT NOW," I ungently prompted. Because I'm so tired of the girls having the witness their brother's meltdowns. It scares them.

For the next hour or so, while my sweet son lay curled up and dormant in a secret part of his brain, a wild-eyed dervish taunted me. He grabbed a pair of reading glasses and broke them in half. He locked himself in his room and emptied every bookshelf and toy cubby onto the floor.

I cleaned the kitchen, and bit my tongue to keep from screaming YOU STUPID LITTLE (expletive) again and again.

After destroying his room, he came out to taunt me. YOU'RE THE WORST MOTHER. I HATE YOU. MAKE ME SOME PANCAKES. He picked up a glass of water and watched me as he slowly began pouring it out. I picked up a plastic jar of vitamins and cocked my arm back to throw it at him. He screamed and took off, and I followed him. He ran into the living room, and took aim at my beloved St. Michael the Archangel statue which I bought in Guatemala when I was there to bring him home.

I stood not far from him; I took aim and threw the vitamin jar at his shoulder, just hard enough to get his attention. He would have been just as surprised if I had cut off his arm. I walked over to him, picked up the jar and went back to the kitchen. He followed me, opened the refrigerator and acted as though he would start clearing things out of there. I picked up the vitamin jar again.

It's difficult to describe how I am during these affairs. Words spoken aloud serve no purpose; he can't really hear me. And I'm so angry that the words itching to fly off my tongue are wildly inappropriate. I'm my own sort of fugue state, willing myself to stay calm until this episode ends.

It does end, eventually. He follows me to the kitchen to see what havoc he can wreak there, and he notices an empty water bottle on the counter. Suddenly, like a fire hose has forcefully rinsed away the layers of rage, I see my boy's face come back into focus. "Mom," he said. "Can I use duct tape to tape two bottles together and make an hourglass with dirt?"

For the next hour, he busied himself on the back porch with plastic bottles, sand, rice and duct tape. Sweat dripped down his fuzzy cheeks; every few minutes, he came in to get some water and give me a hug. "I love you, Mama," he said, boring his brown eyes into mine to make sure I understood. "I know you do, honey," I said.

I sat on the sofa and laid back, nearly spent with exhaustion. I've done endurance workouts that didn't so effectively deplete me. My body felt numb and useless, the strength acquired from thousands of push-ups no match for a boy hell bent on testing my resolve.

A few minutes later he came to my side and handed me a piece of paper with three faces drawn on it: one happy, one sad, one angry. There was a square by each face; he wanted me to check one of them to indicate how I felt. I checked the happy face and smiled at him, and he molded his body next to mine. We rested there for a bit, regrouping, like two spiders trying to crawl through an utterly foreign web.

Tricia Booker is a journalist, college instructor, blogger, and dog collector. She is the author of The Place of Peace and Crickets: how adoption, heartache, and love built a family. 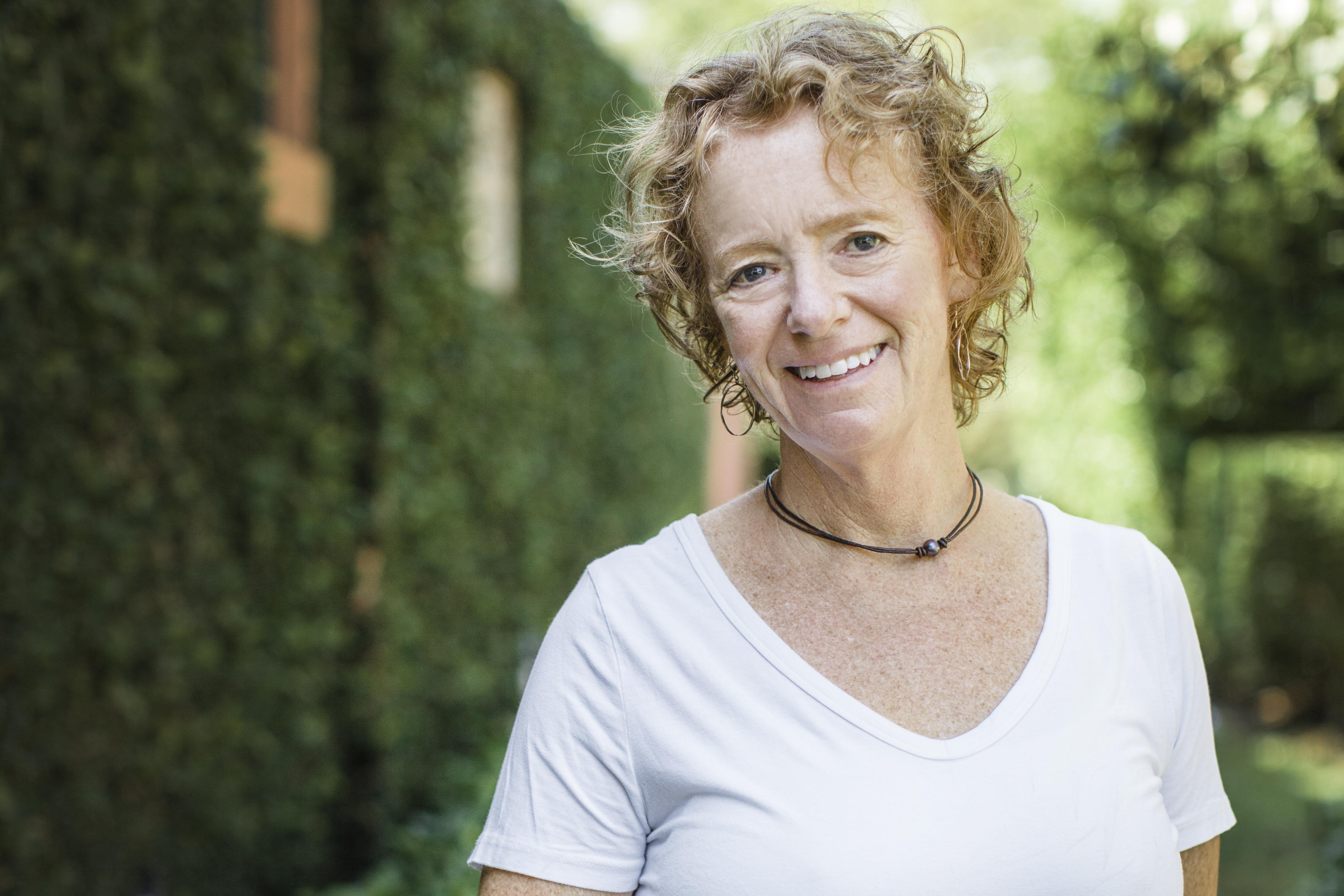 Tricia Booker is a blogger, journalist, writer, and domestic engineer. She does CrossFit for fun, fosters dogs because they're cute, and loves Trader Joe's. She's the author of The Place of Peace and Crickets: how adoption, heartache, and love built a family. Her daughter says she's a hot mess.

A Lesson from the Dragon Game
Kindness Can Change the World and It Starts With a Smile
Summer Is for Sleeping In. Until You Have Kids. (A Lesson in Embracing the Crazy.)
advertisement

A Lesson from the Dragon Game
Kindness Can Change the World and It Starts With a Smile
Summer Is for Sleeping In. Until You Have Kids. (A Lesson in Embracing the Crazy.)