Instead of throwing in the towel, hand it to someone else for a bit

Some days are enough to make you want to throw in the towel. After you've used it to wipe up countless spills. The milk and juice, honey and syrup. The crumbs and grease, peanut butter and its best friend jelly. After it has been used to clean up mud and blood. Snot and vomit. And little hands that are covered in who knows what.

After it has wiped butts (albeit cute ones). And dried the bodies of children who earned themselves three baths in 12 hours.

After you've used it to clean smudges from windows and marker from walls. After you've mopped up paint with it and removed glue from the dining room table.

After you've wiped it across the cover of a library book in order to remove sticky fingerprints.

After you've used it to cool a child's hot forehead. Or warm their shivering body.

After you've done all that, you're tired. You're done with the towel. You want to toss it into the ring and throw your hands up in defeat.

You want to give up. 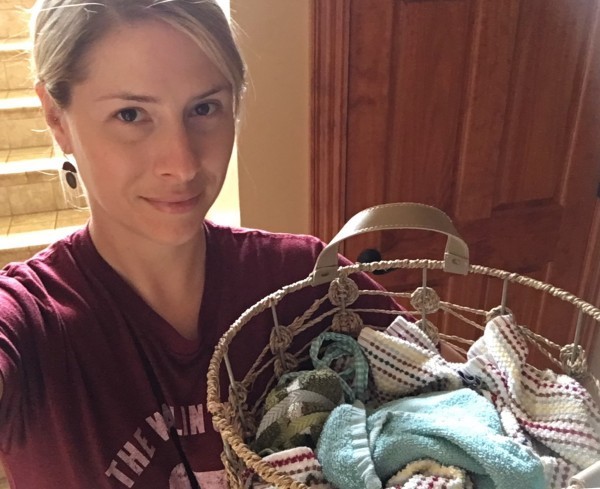 But maybe you don't always need to use that towel for someone else's good. Maybe it's okay to use it for your own once in awhile (after, perhaps, a spin in the washing machine.)

Maybe it's okay to roll it up and lay your tired head on it. Take a deep breath and let it be your soft after a hard day.

Or maybe it's okay to soak it in hot water, then warm your face with it for a bit. Breathe in the heat, the steam. Let it remove the sweat from your own forehead. Let it melt away the stress for a moment.

Maybe it's okay to use that towel to clean up your own mess for once. To dry off your body after a shower alone. To cozy up in it while you curl up on your bed and throw out a prayer for help, a plea for peace.

Maybe it's okay to take a break before the messes of motherhood break you. To set the towel down for a bit.

Maybe then, you'll be ready to pick up that towel again with a renewed strength. And hope for tomorrow. And a pure desire to again serve those whom you love so much.

Damn. Motherhood is hard.
What I Keep in My Barf Cleanup Kit for Road Trips
Motherhood Isn't What I Thought It'd Be
advertisement

Damn. Motherhood is hard.
What I Keep in My Barf Cleanup Kit for Road Trips
Motherhood Isn't What I Thought It'd Be