In Our House, We Use The D Word 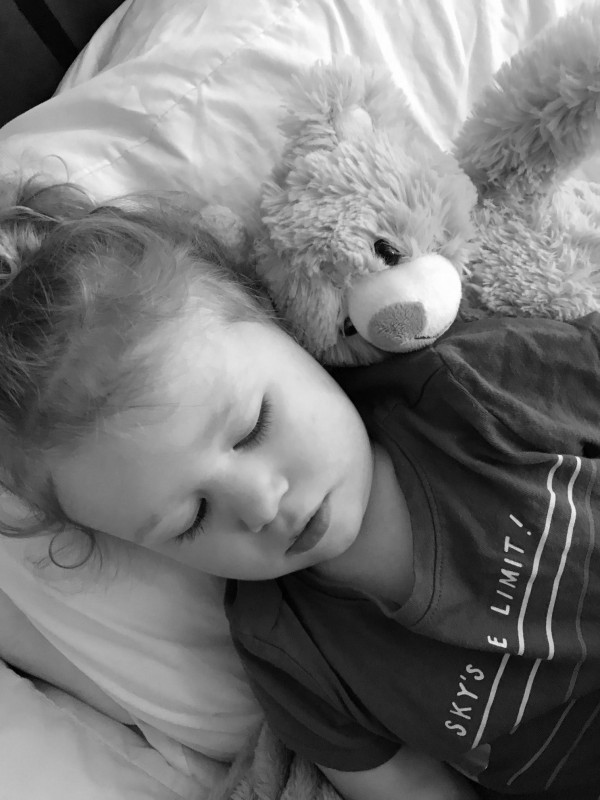 In our house, we say the D word. Well, actually we say a couple of D words.

Even though our daughter is three and there is a temptation to pretty up death, we have chosen to be straightforward instead.

Maybe you’re wondering how often we use these D words.

Well, we use them a lot.

That’s because our other daughter is dead.

And it’s not just my husband and me that use these words. Our daughter does too.

“My sister is dead.”

So, even though she died before her sister was born, we talk about her. We have always talked about Dorothy and as soon as Frances asked us where she was, we were honest.

And it makes Frances sad that her sister died, but it doesn’t stop her from wanting to talk about Dorothy. Death is not a reason to stop talking about someone. We have simply made death part of the conversation.

We snuggle with our Dorothy bear and talk about how much we love sister and how we wish she didn’t die. How much we wish she was here with us.

We stop to admire her photo as we head upstairs to bed and say her name.

Sometimes we see a letter D and we connect it to Dorothy’s name.

It used to feel a little awkward to have these conversations with such a little person. But, as time has passed, it just feels like a regular conversation.

Because in this house we use the D words.

We use these words because the concept of death is scary and uncertain and sad. It feels like the kind of thing you might not want to talk about. But, that’s exactly why we do.

Because when we ignore death, we ignore a very integral part of life. Every living thing dies. It’s inevitable.

When we talk about death, we also have the chance to talk about life.

We get to share stories of her life in Mama’s tummy and what it was like when she was born. We get to talk about how we chose her name and look at her photo. We get to share the keepsakes that have been handed down from one sister to another and the ones that are safely kept in Dorothy’s special box.

So, in this house, we use the D words.

And we use these words so we can also talk about life and memories and love.

Read more from Rachel at An Unexpected Family Outing