I'm Treating My Depression So I Can Sing Again 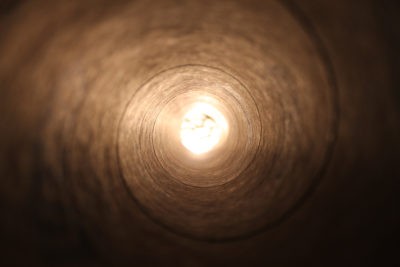 The ever-brilliant Nadia Bolz-Weber advises us to preach from our scars, and not from open wounds. It's solid advice, and advice that I try generally to follow in my writing, not just because writing from a bleeder is scary and traumatic and painful, but also because as you heal your perspective tends to shift a little when the absence of throbbing pain leaves room for more wisdom and grace to move in.

That said, I'm writing to you today from an open wound, so be gentle on me please. I'm still pretty deep down in the trenches with this one, still doing battle, and I'm tired and weepy and very distracted. But this is important enough to break all the rules, mine or otherwise, so here goes:

Yesterday, I caught myself singing.

Now this all by itself may seem small or inconsequential, and it probably is to anyone but me. But, you see, I used to sing all the time. It was a quirk of mine, one of many, and a poor choice of one at that because I am a terrible singer, all throat and no melody like a man who smoked for too long and now has to try to hum a tune out of his tracheotomy hole.

But no matter, because I sang anyway. And the songs themselves, well, they were not even songs as much as jingles, little ditties I made up on the spot about whatever I was doing at the time: changing a diaper or feeding the dog or peeing or contemplating the awful state of modern politics. It pleased me greatly if they rhymed, but this wasn't a requirement, and likewise if they made sense. Mostly I gave myself a little peppy soundtrack to my life, because we all need the things that help us make sense of the world, right?

Anyway, somewhere along the line I stopped singing. I don't know when it happened exactly, and I don't know if it was a sudden ceasing or a slow trickle down to nothing like when I turn my bathroom faucet off. All I know is the singing was one of the first things to go and then other things followed: my social life and my yoga practice and my sleep and my self-care until recently I took a look around and realized that maybe the reason I felt so lonely was because I had dug myself so deep into a hole that no one could even reach me.

In short, I was depressed.

Scratch that- I AM depressed.

So a few weeks ago I threw up a rope and called out for help and got myself, finally, on some meds. It's not my first time doing so but it's my first time in a long time and I had put it off and put it off because I had started to buy into all that crap about how if I just thought the right thoughts or ate the right foods or made the conscious decision to be happy I would be fine.

But that's some dangerous bullshit right there.

So when I sat down next to my babies and heard them running and playing like it was coming at me from far away because it was--because I was down in that hole, you see--and I missed them so ferociously that it threatened to crack me open, I picked up the phone right then and called my doctor and said: "enough. Let's do this."

It has only been a little while and hopefully it won't have to be forever (although if it does, that's okay too) and I wasn't sure anything of note was even happening at all yet until I was standing in my kitchen yesterday scrubbing the crust off of the cookware and there was a throaty voice rumbling in my ear and I was like "hey, I know that voice."

And oh how I had missed me! As soon as I had done it I wanted to do it again, and again and again, until I had thoroughly frightened the kids and annoyed the husband and made myself giggle and dance a little impromptu jig across the kitchen. And I've been doing it ever since, singing little dumb made-up-on-the-spot diddies, although I'm trying not to do it at work or in the public bathroom stall or the checkout aisle at Target because I don't want anyone to think I'm having a seizure or shoot me with a stun gun.

I don't mean to imply that it's as simple as that either, there's a lot of work left to do and I can still feel sadness so deep inside of me that there's a hollowed-out space where it sat so big, and life is still flinging its best shit at me like a deranged short order cook, but I do want to say this:

Even if you are there, deep in the hole where it's so dark that maybe you forgot it could even be light; even if you can barely make out the sound of your people playing in the room where you're sitting; even if you feel all alone and teeny weeny and like no one can see you when they walk past:

What you feel right now is real.

It is not your fault.

This is not where it ends.

There is still a song inside of you yet.

And get some help. Your people need you.

There is a Song Inside of You Yet
What Do We Say When Everything Is Not Going To Be Okay?
I Haven't Slept Well in Years, But I Have A Good Reason
advertisement

There is a Song Inside of You Yet
What Do We Say When Everything Is Not Going To Be Okay?
I Haven't Slept Well in Years, But I Have A Good Reason