Published by Danielle Sherman-Lazar on December 10, 2020 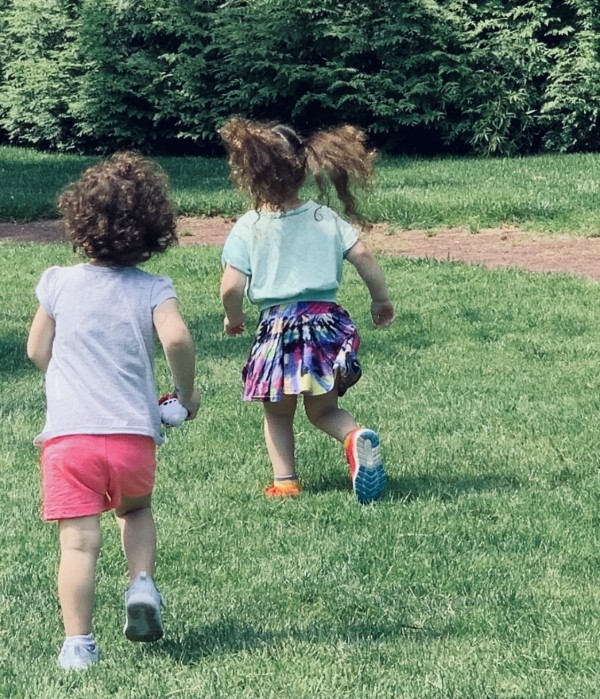 I watched my daughter chase an older girl around the park who wanted absolutely nothing to do with her.

It was painful for me to watch.

The girl wouldn't wait up as my daughter lagged, out of breath and calling for her.

My daughter's four-years-old and the girl she so wanted to play with was nine. The older girl made it clear she was doing her mom's friend a favor by watching her three-year-old and didn't want another child on her hands.

So, she ignored my daughter.

And I kept calling her to play with her little sisters and me---but she's strong-willed and her mind was set.

She eventually joined us because we were a much more fun option than chasing a nine-year-old who wasn't giving her the time of day.

"Okay, mommy," she casually answered. That whole game of chase didn't faze her.

But I've been through enough life to know it's better to put an end to that behavior young.

Because I want to save her from wasting her time and energy trying to be friends with people who aren't right for her.

Because I don't want her to be taken for granted.

Because she shouldn't have to prove herself to anyone.

Because I want her only to be associated with people who meet her halfway. A friendship shouldn't be you always having to send the first text, make the plan, or start the conversation.

Friendship shouldn't be so much work.

Plus, life's just too short to waste your time chasing people who don't give a damn about you.

Words to Live By: Q&A with a 9-Year-Old Kindness Expert
Raising a Kind Daughter
When my child has a boundary line and your child crosses it
advertisement

Words to Live By: Q&A with a 9-Year-Old Kindness Expert
Raising a Kind Daughter
When my child has a boundary line and your child crosses it