I"m Not Kidding, Parenting Can Be Romantic

Published by My Dishwashers Possessed-Kathy Radigan on February 1, 2017 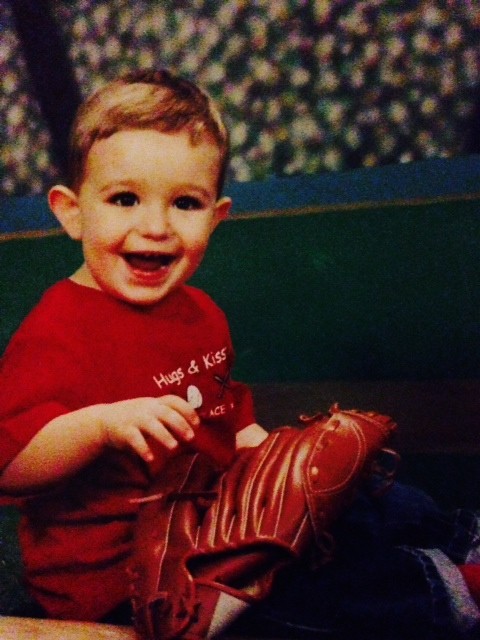 It seems as if it was just yesterday that I was anxiously awaiting Valentine’s Day because I had a strong feeling that my boyfriend was going to propose.

That was 24 years ago. Now that boyfriend is my husband of almost 23 years and the father of my three children.

I was thinking of how far we had come from that young couple who was planning our life together, when I heard Joe yell at our firstborn, “Tom, don’t kill your brother, and don’t call him that.”

“Peter. No. Hiding hard boiled eggs in the basement is not a good idea.”

And then hearing him ask our daughter, Lizzy, what she was doing in the kitchen and laughing when she answered, “Nothing,” despite being covered in chocolate ice cream.

I wondered what that girl of 26 would think of the life we now live. Back then all I could think of was romantic notions of engagement rings, weddings, and honeymoons in gorgeous locations. If I thought of children at all, it was of tiny, sweet babies sleeping soundly in a beautiful nursery.

Valentine’s Day meant having roses delivered to my office and going to dinner at a nice restaurant. I shopped at Victoria’s Secret and looked forward to lazy mornings wrapped in Joe’s arms.

I couldn’t even fathom tween and teenage angst. At no time did anyone interrupt us with questions as to what we were doing in our bedroom with the door locked or tell us that we were starving them to death because we didn’t have anything “good” to eat.

My idea of romance has changed a bit since our kids entered the picture.

Parenthood is like exploring a strange jungle together. Everyday brings something completely different from the next. As strange as it may sound, it can be pretty romantic.

Stick with me on this one.

Joe and I have experienced such great joy together.

One of the high points was when I was pregnant with Tom, and we watched him dance around on the sonogram with the sound of his strong heartbeat in the background. The experience was made all the more joyful because in four previous pregnancies, the sonograms showed no heartbeats.

A couple of years later we wondered if we would ever be lucky enough to have a second child. Shortly after Tom’s third birthday, our daughter Lizzy entered the world with a huge shock of black hair and a scream that could shatter glass.

Another three years passed by, and we thought our baby days were long over. Then we found out we were having another baby boy.

There are many, many times when we have questioned our ability to care for these precious people.

The first time was the day Joe, all six feet of him, decided to take a six-month-old Tom out of his crib and play the, “Fly to Mommy” game.

This would have gone better if there hadn’t been a ceiling fan in the nursery. I can still hear the deafening sound of my precious baby’s head as it hit the fan.

I screamed and turned away.

“I am not looking if he has no head,” was my hysterical response.

I seriously wondered if we would ever survive our first year as parents.

But we did. Together. Now that baby is a junior in high school thinking about colleges.

Many a sleepless night have been spent tending to sick children or worrying over whether a milestone of newborn or toddler development would be reached. There is nothing quite like being covered in toddler vomit or dealing with a case of epic teen attitude to strengthen a marriage.

There is something very romantic about going through life’s ups and downs with the same person and finding that you still really enjoy their company. There is also something sexy about having to sneak around to spend a little time with your own spouse. Time alone together is never taken for granted.

We have become partners in the truest sense of the word. After all, we are the only two people in the world who know how the other one feels when it comes to our children. Laughter and tears have their own meaning in our world.

Little did I know, that when I said “yes” to marriage, I was starting on a journey to a place more romantic than any destination we could find on a map.

My Family is Like Everyone Else's, Except When it's Not
New Parenthood Summed Up in Movie Titles
The Unbreakable Bond My Boys Have With Their Sister With Special Needs
advertisement

My Family is Like Everyone Else's, Except When it's Not
New Parenthood Summed Up in Movie Titles
The Unbreakable Bond My Boys Have With Their Sister With Special Needs