I'm a mom with a mental illness, and it's OK to admit it

I saw something today that made me sad. I was in the waiting room of my therapist's office when I saw an older man come out of one of the providers rooms to leave what I assumed was his counseling session and was greeted by another man in the waiting room that he clearly knew.

The two men exchanged pleasantries, with the man sitting next to me in the waiting room stating, "Oh I'm just waiting for someone." He said it in a way as to explain why he was present in an office for mental health treatment. What happened next surprised me.

The man that came out of the therapist's room didn't say anything about why he was there in response to the other man's statement. Instead he brought up something about another person they knew before saying his goodbyes and walking out the door. 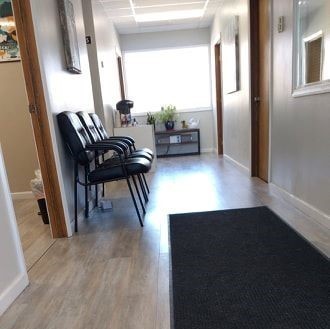 As I sat there watching the exchange as I glanced up from my phone, I was kind of surprised about the way things had went down. I don't know either of these men. I don't know who they are, their life stories, their struggles or what they were really there for. But, what I saw was one man leaving a mental health care provider's room, seeing someone that he knew in the waiting room, and was ashamed to admit or perhaps didn't want to state why he was there as a patient and not just waiting on another person.

We need to end the stigma.

We need to do better with our thoughts, our beliefs and our attitudes about mental health treatment.

I mean really people this is not 1866 with men being sent to soldiers homes with "melancholy" when in reality they likely had horrible PTSD. It's not 1950 suburbia with many people drinking to deal with their depression, anxiety and not allowed to talk about it to anyone outside their own home.

It's 2019. It is time to stop acting like seeing a therapist, taking medication or even participating in inpatient treatment is a bad thing.

There is absolutely no shame in telling someone that you love that you need help. To admitting that you've been battling a hidden fight for much longer than you should have.

I see a therapist.

I talk openly about my struggles with anyone that will listen.

I have had thoughts of suicide at different points in my life.

I had postpartum depression with both of my children.

I have struggled with intense grief that I haven't felt I could talk about before.

I have issues from my childhood that I've never addressed.

I have trust issues.

Those of us that struggle with these things are just doing our very best to live long, full lives and we need your support in this and not your judgement.

If you or someone you know needs help contact the National Alliance for Mental Health at 1-800-950-NAMI.