I'm A Grieving Mother And Pregnancy, Infant, and Child Loss Awareness Month Is Not For Me

Published by Rachel Whalen on October 7, 2019 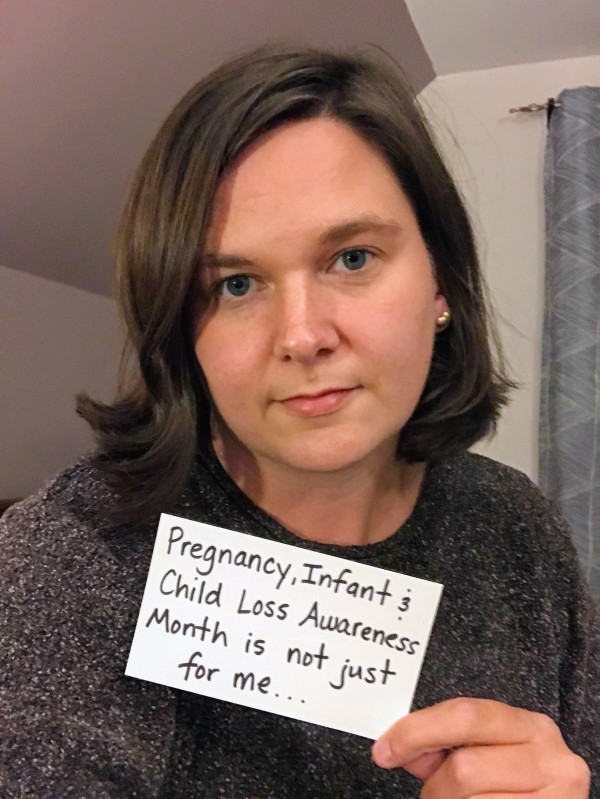 I'm a grieving mother. I've experienced two miscarriages and a stillbirth. Most of my babies have died.

You would think that Pregnancy, Infant, and Child Loss Awareness Month would be just the month for me.

I don't need a month set aside for me to say my daughter's name and to remember her.

I live that reality every day. October is one month. My babies will be gone for the rest of my life.

It's for the family member who still won't say my daughter's name.

It's for the doctor who told me I was overreacting about my miscarriage.

October is for the co-workers who whispered behind my back that I would never have a living child.

It's for the woman who told me it was time to focus on my living daughter.

It's for the friend who said she would call me when she was up for it and who never called me again.

This month is for every person who wonders why I don't want any more children.

It's for every company that sent me e-mails and formula samples even after I said the baby had died.

It's for every person who still insists on asking the question "When are you going to have children?"

It's for the people who try and shame me for sharing my story.

It's for the people who mean well, but who always manage to hurt me.

It is for the people who care more about their own brief encounter with discomfort that they forget my heartache will last a lifetime.

But not everyone is aware.

Some still turn away. Some still tell us it's time to move on. Some still say it's common and we shouldn't need to talk about it.

And that's exactly why we need to keep talking. We will keep talking until people stop turning away. Until others stop pushing us to get over it.

We will continue to speak up until the world realizes that we don't just want to talk about IT--our losses, our trauma, our experiences.