Published by Carrie Cariello on February 14, 2018

Sometimes, when I'm bored, or irritated, or just kind of noodling around, I like to think about what it would be like if more people had a child like my son Jack.

You know, a great big tall 13-year-old who wears heavy black boots from November until May.

A teenager who dumps ice in the sink all day, and takes medication to soothe the slithering snake of anxiety that wraps around his soul.

A child with a body in the throes of adolescence, but a mind that is cognitively a little stuck — who watches Disney movies and bakes cakes and thinks cars cost around five dollars.

A boy with autism.

Lawmakers, policy writers, teachers, the guy at the deli counter, scientists, the clergy.

The woman who frosts the cakes at our favorite bakery, and the man in charge of deciding where the stop signs go around town.

If more people had a child like Jack, we wouldn’t need words like awareness or advocacy, and no one, in a bazillion years, would use the word retard.

April would just be a regular old month for spring flowers and budding green leaves on the trees, instead of blue light bulbs and puzzle-piece ribbons.

Science would come up with a way to invent the silent ice cube, one that drops to the bottom of the sink without a sound.

Group homes would cost a nickel.

Marriage counseling would be a required activity for all couples, followed by dinner and drinks at a great restaurant.

Genetic testing would be performed in-office.

Life skills would be a part of mainstream education. Every kid in high school would learn how to change a tire and shop for groceries and make grilled cheese sandwiches.

Jack knows how to make a grilled cheese sandwich.

Don’t get me wrong. I am not wishing for more autism. Oh, believe me you, I have had enough autism to last a lifetime. I guess I’m just wishing other people could enjoy the, uh, perspective that invariably accompanies this diagnosis.

I mean, imagine! Imagine if people in the college admissions office had a child like my boy Jack. I promise you, the application process would be much different. Not only the application process, but the attitude about college in general — the worries about Ivy League schools and who goes to Harvard and what your SAT scores should be.

After all, it is not where you go, but who you are that counts.

Jack is not going to Harvard.

Still, he is whole. He is smart. He is important.

Then there are the folks who work at an airport. I know for a fact, that if one of them had a kid who stood in line and struggled to take his shoes off and then hesitated before walking into that big scanner thingy, well, things would change.

Maybe they would offer a small, discreet card when we got our tickets.

Maybe they would offer training to the employees in the security department so they would be patient and instead of that little chin lift they do to let people know it’s their turn for the big scanner thingy, they would call the next person forward in a strong, loud voice.

They would learn that we live in a non-verbal society, and sometimes a non-verbal society is very, very confusing for people like Jack, who work hard to decipher chin lifts and hand waves. It's like sitting in French class without understanding one word of the language.

Don’t get me wrong. I love our church. Here in New Hampshire, our parish has gone out of its way to accommodate Jack — a boy who jumps and shrieks when the bells ring during Mass, who absorbs scripture so literally that he was afraid to eat the host during Communion because he, and I quote, did not want Jesus inside of him.

When I mention the church, I am speaking about Catholicism as a whole — an ancient religion steeped in tradition and ritual and history.

Autism has no tradition, and its history is unfolding as we speak. There is ritual, of course, but that has to do more with hand washing and lining a zillion Matchbox cars up in a row than genuflecting.

I ask you this: Where is autism’s place within faith?

I mean, it’s not like the Pope is going to have a bunch of kids and have to sit through an IEP meeting and listen to his son ask nine hundred and forty-two thousand times a day if there’s rain in the forecast.

Yet, at the same time, Jack’s complicated, mysterious mind deserves a chance to know God. In fact, he may be closer to the divine than any one of us. He is pure, and unguarded. He is willing to see things others can't.

What if, somewhere in the many offices of the Catholic church, one person had a child like my son Jack?

The thing is, I am not trying to change our world. That would be silly. I am but a drop of water in an endless sea. I am one person, sitting at home in a mint green fleece from the clearance rack at Old Navy, trying — trying — not to scream because my 13-year-old son with autism has just stomped down the stairs to asked Mom, where are you for the hundredth time and he really needs to go to bed before I lose my mind.

I know I can't do this by myself. I am scared, and lonely, and worried.

But you. I keep coming back to you.

I know you are good, and whole, and kind, and tender.

I know you will watch for him, and think of him, and remember the snake and the lost smile the next time you stop at the pharmacy.

I know if you ever get the chance to meet my boy, you will welcome him as if he was your own.

I have to think these things, you see, or I will go stark raving mad like a lunatic in mint green. I have to know there is a safety net beyond my raindrop — a great open sea of forgiveness, and pride, and patience, and progress.

Please, do me a favor. Take a second today, and ask yourself what you could do differently.

Help me make room for him. 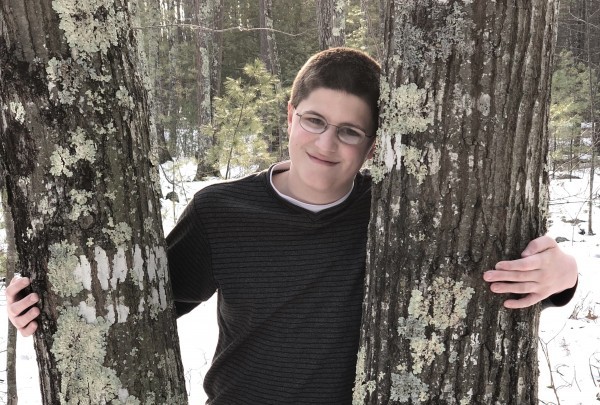 I Know What Causes Autism
A Very Big Table for Autism
My son has autism, here's what I know for sure
advertisement

I Know What Causes Autism
A Very Big Table for Autism
My son has autism, here's what I know for sure