I would have given anything for one second of silence 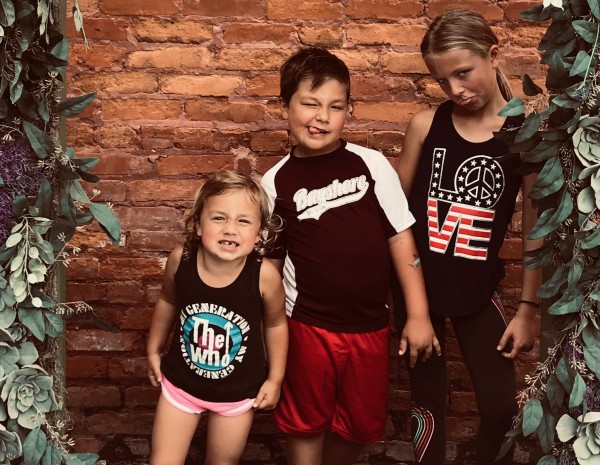 I would have given anything for one second of silence.

It was one of those days where the kids, though basically happy and moderately well-behaved, were just L-O-U-D and struggling to respond to my (many) commands in a timely fashion.

After a jam-packed, but predominantly fun day, and once our early dinner was cleaned up, the clock hit 6 pm, and I just couldn't take any more noise.

The forecasted crashes and the "I warned you this would happen if you kept playing so rough" bruises.

The straight-up-no-need-or-reason-for-it-outside-style type screaming INSIDE OF MY HOME.

All of that, plus the lack of immediately improved behavior once my corrections were barked drove me to make the overdramatic statement to myself, that I would "give anything for a moment of quiet right now."

But would I really? Heck no.

In the not too far future, my house will be filled with older children who will have ceased their nonsensical, erratic, and boisterous behavior.

And, gone with their eclectic and rambunctious personalities, will depart the uber-carefree, almost inappropriately loud, ridiculous, strange and spontaneous sounds and noise that make up the soundtrack of my current day.

Before I know it, my house will be filled with teenagers and young adults who have outgrown my lap and their zany mode of operation and swapped 'em for a new personality (or many), numerous opinions which I suspect that they will readily voice, and, more than likely -- much more than I would like -- quiet, reflective introspection.

But, that's what I will want, right?

Because more moments of silence are all that I seek at this moment when my kids are young.

Isn't that what I said?

The thing about mothering littles is that we have to be so "in control" all of the time and that's such a huge burden, and it's heavy, and as a result, sometimes we lose control of our mouths and our thoughts.

The other day, I was disgruntled and muttered that I would "give anything for a moment of quiet right now," but after more thought, I take it back.

Instead, I would give anything for my continued recognition and understanding that the incessant noise in my home is something to be cherished and appreciated with full gratitude, even it requires some extra coffee, a glass of wine or something more self-curated, not store-bought, and not consumable, like presence and mindfulness.